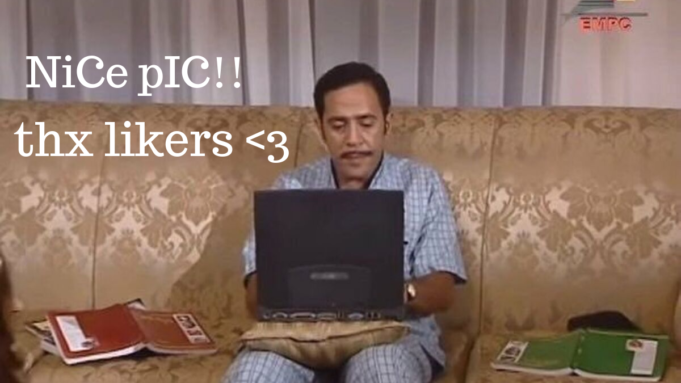 Like the 10 Year Challenge has showed us, a decade can change a lot of things. Some used that time to grow more cultured or to travel and some just became wiser on the internet.

The last of which is something we all still appreciate because 2009 Internet was a landscape to behold. Sometimes, not in a good way.

Facebook inventing reacts and our growing internet wisdom were our saving grace out of this period.

These past 10 years have made us learn that replying to every single comment on a post you posted and going ‘thx likers’ in every reply is a bit much.

Whether you yourself were the artist or you just sent your photos to your friends to edit them, we’ve all had PicMonkey in our lives one way or another.

The cool effects and the hazy colors might have just made you the coolest person at your school, you know.

Music downloads was one of the best parts of the day, even though it was the hardest. You went online and scoured the many websites to finally find one that worked. Be it Limewire, be it anything else.

The only thing that was a certainty is that you brought home a couple of viruses that you were somehow surprised by.

Let’s be real. We’ve all forayed into online games once or twice or we’ve been curious.

By online games, we don’t mean ones that were intense and full of story-lines; we’re talking about social media games like Farmville, which honestly sounds more like something we dreamed of the more time goes by.

That game had, however, built a community. Sure, you were all using each other for game requests and favors, but it brought you together with friends and relatives.

The Slang of the Time

One of the things that made 2009 interesting, for lack of a better word, is the vocabulary we used and the way we wrote it.

Who can forget the accounts with names like ‘Na aSLan bEnT REwHa’ –yes, written like that? Who can forget the height of coolness that we reached by saying stuff like ‘gamed fa7t’ and actually thinking ‘rawshana’ was a thing.

Thankfully, forgetfulness is what makes us human and we’ve never appreciated that more than right now