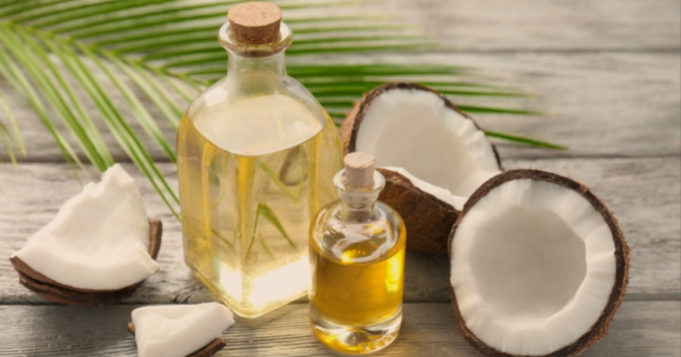 Coconut oil is one of those products that many people – especially in the beauty industry – usually swear by. However, according to several professional dermatologists and scientific research as well as our own experience, turns out that it’s actually the worst thing you could apply on your face.

You’d think that it’s good for moisturizing the skin and that it will magically cure your blemishes, calm your burns and prevent your acne. While this could be the case for some people, it’s time to safely say that coconut oil is actually not for everyone.

First of all, too much of it irritates the skin. Second, while most of us need our moisturizer locked under our makeup, or in general, coconut oil is not the type of moisturizer that will be absorbed into your skin and create a moisturizing barrier.

While coconut oil helps in quickly softening the skin, it has been proven that it’s actually not anti bacterial. Which means that if your skin is acne-prone, then you’ll have to go with another option. Especially that it’s comedogenic.

What could be used, instead?

You’re probably asking yourself now “If coconut oil is that risky, what is the alternative?” Well, don’t stress because we have the solution for you!

Just so you know, this is coming from experience as well as scientific evidence, of course; if you’re looking for a coconut-oil-alternative then you should definitely go with Argan oil!

Why? Simply because it works wonders for your face. First of all, it’s not greasy, it absorbs well and it’s very light on the skin!

Second, it’s one of the best products that you could apply on your face to fight acne. So you can safely say goodbye to that!

Lastly, other than the fact that it works as a great moisturizer – obviously -, Argan oil is also rich in Vitamin E, which is an essential nutrient for the skin.

What are you waiting for? Make that switch now and debunk the “Coconut oil is magic for your skin” myth.