It’s safe to say that Egypt might not be the safest place for women. Many of us may have been subjected to violence because of our gender, or stigmatized that “women are weak and can’t defend themselves.”

Recently, however, women are becoming more powerful and physically stronger. They are more aware of their rights, and support the idea of taking action against gender inequality. We’re becoming strong independent women, and we’re taking the motto quite literally!

Fitness, and fitness events are becoming the norm. The majority of women now either hit the gym, or at least work out at home. One of the most popular workout trends is the Zumba dance classes which make you lose weight, get fit, have fun with random strangers, and most importantly, feel more confident! 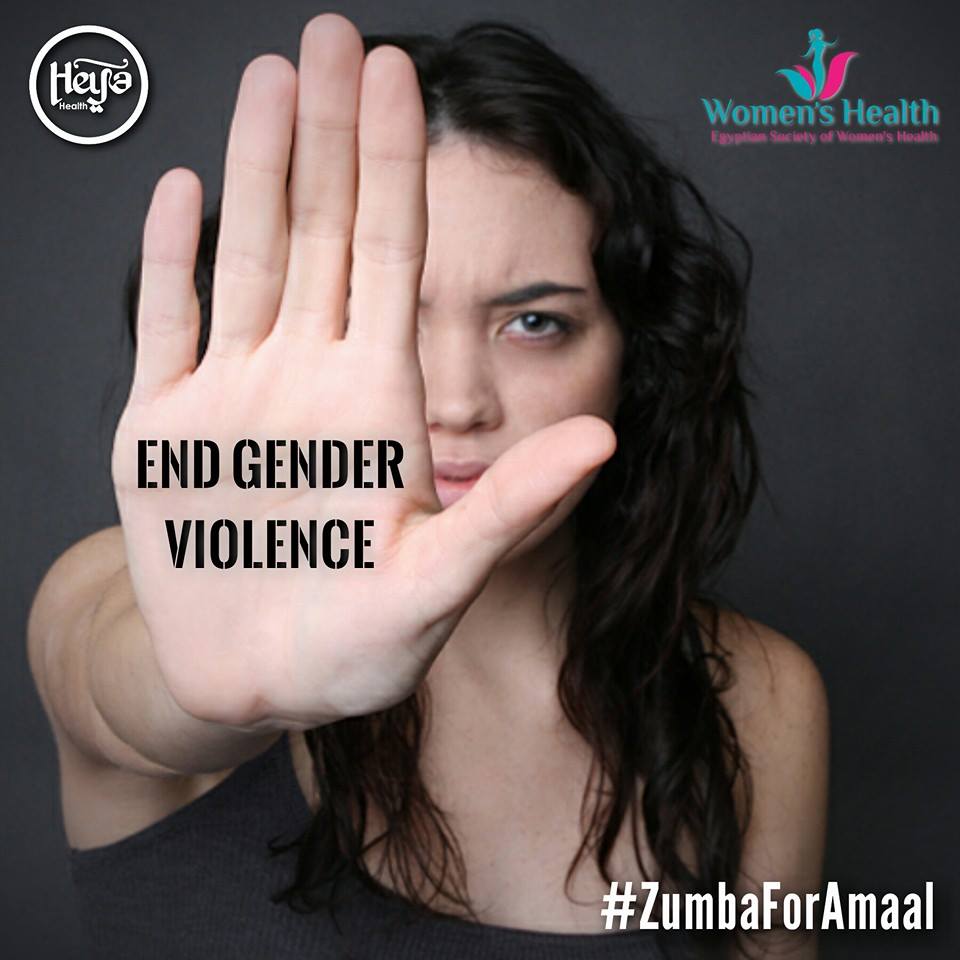 We support Heya Health and Egyptian Society of Women’s Health's campaign against gender violence! Also don't forget to join their #ZumbaforAmaal on Saturday, December 12 at Cairo Marriott Hotel, as well as #Wendo self defense classes for women. Support the local & global campaign by posting a picture of yourself like this one with hashtags #EndGenderViolence #ZumbaForAmaal & #igmadi #IdentityMagazine

Be a part of the change and join Heya and  Egyptian Society of Women’s Health on Saturday, December 12 at Cairo Marriott Hotel where they’ll be hosting #ZumbaforAmaal, as well as #‎Wendo‬ self defense classes for women. Support the local & global campaign by posting a picture of yourself like this one with hashtags ‪#‎EndGenderViolence‬ #ZumbaForAmaal & ‪#‎igmadi.