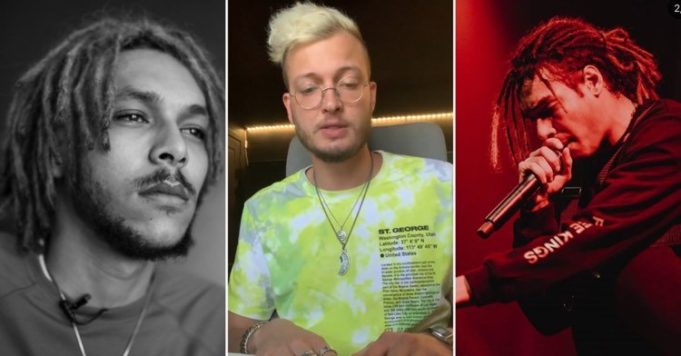 We’ve all seen the videos and posts of support coming from performers like Marwan Moussa, Abyusif, and Marwan Pablo. In such sensitive times, and contrary to some beliefs, we can’t just take such actions as a given.

Want to know why? Because these young men, relatively new to the music scene, used their platforms with thousands of followers and did something that their elders of entertainment peers wouldn’t dare do!

We’ve seen people call them generation Z trash, talentless and immature. Haven’t we all? And when it comes to music tastes, it’s all fair. HOWEVER, when things got real, and the whole rape case popped open, they proactively contributed.

Starting this wave of anti-harassment and active support to rape victims was up and coming trap artist Marwan Moussa. Whether you’re a fan or not, it doesn’t really matter here. You probably can’t deny how his video helped lighten the gloom a bit.

Despite the fact that he’s currently on a breakup with the whole show-biz, Pablo went on a live stream and discussed the matter as well. Expressing how the victims’ stories urged him to make the move, despite being a bit hesitant about it at first.

Better late than never, huh? After fans started wondering where Wegz stands from this whole thing, he went on a live video and he shed light on the matter. NONETHELESS, some of his words were unclear and a number of people questioned his intentions!

Abyusif posted an Instagram video, admittedly following Marwan Mousa’s lead, and was keen on connecting with his audience on a deeper level. Sadly though, the video was removed for no specific reason!

Molotof, another known figure of the Egyptian trap scene who took the time to talk some wisdom into his male followers via his Twitter account. He also addressed the victims and urged them to come out now.

They could’ve all simply pleaded the fifth, but they chose otherwise. Kudos!