Believe it or not, Mohamed Mounir released his debut album over 3 decades ago! Somehow, “El King” still maintained his success throughout all this time.

With the release of his latest 2019 album Watan, we can’t help but notice how Mounir remains the star idol of many Egyptians. Even if his album sales sometimes say otherwise, it is something that kept us wondering, how did he manage to stay at the top for so long.

What actually made El King so special are his remakes of Nubian folklore songs, most famously is “Soo ya Soo“.

And although Mohamed Mounir’s family moved to Cairo early in his life, he wasn’t ashamed of coming from a modest background or bragged about studying in a university in the big city.

Ask anyone if they know how to pull some Mohamed Mounir moves, and you will find them automatically placing one hand on their waist, bending their back a little, tilting their head to one side, and suddenly.. Yaaayayooh. No acting talent needed there. 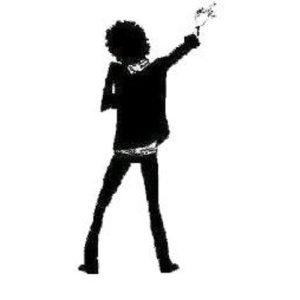 What’s even more special about Mohamed Mounir’s signature moves is how he introduced them. He didn’t rush them in like some upcoming artists who try to shove their “stage characters” down our throats so early.

When you watch El King’s first works, you find him doing something different but not so much like today.

Even if he doesn’t believe he did something wrong, El king always avoided the unneeded controversy. That’s exactly what happened after his song “Madad”, when some religious figures criticized it saying it has incorrect dogma in it. The song even got banned from airing on national TV.

And even though Mohamed Mounir publicly stated that he’s against this opinion, he quickly realized he doesn’t aim to be a religious singer after all. Why the headache when it could cost him his popularity?

Mounir also admitted he was not the best at acting, even though he really likes it. That’s why he was always careful with the roles he played, doing only the ones with an idea he really likes, and that do not require great acting skills. Even in the play where he got his nickname, he was basically just a singer. It’s weird how he recently gave it up and replaced it with “El Moghany” though.

Celebrities are always keen on collaborating with the UN or any local charity organization to promote a positive image in the public eye. Mohamed Mounir really caught people’s hearts when he postponed his New Year’s Eve concert in solidarity with the war in Gaza.

Many artists tried their best to remain young on stage while others just decided to stop and end their careers early on. Well, Mohamed Mounir is not jumping on stage or producing the same amount of songs as his past days. But El King keeps reminding us of himself every once in a while with a new album or a single that hits at the perfect timing.

Love him or not, we all need to admit that Mohamed Mounir is an Egyptian phenomenon who impressively managed to remain at the top for more than 30 years. This is someone who can totally teach us about success. But there are many things we still don’t know about him.