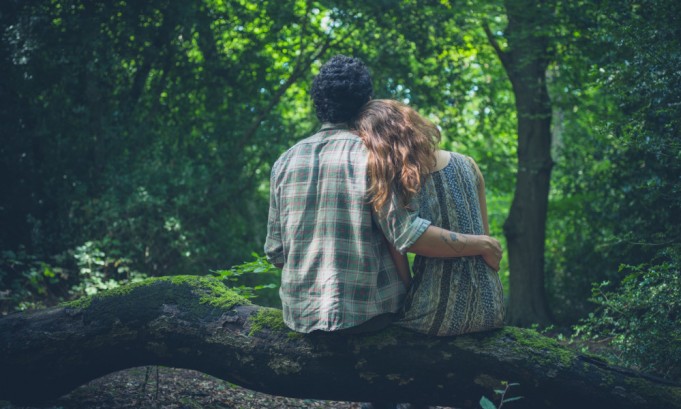 Some people are not familiar with the term “Old Soul”. An old soul is a person who has more understanding of the world than others and is wise beyond their years; it can be applied to kids as well. When it comes relationships, old souls are a little hard to deal with; they need an understanding person who can be fully aware of how unique they are. Let me brief you on how to handle the relationship; this might even make you realize that your partner falls within the spectrum.

First of all, old souls tend to think and analyze A LOT as well as live in a world of their own. When you find them overthinking, don’t worry and don’t pick up a fight over it. You can simply share their thoughts and live in their own world for a while. Later, you can bring them back to reality for a bit, but mostly, let them live in their own world because usually it’s their escapism.

Old souls are also loners, meaning, you will find them wanting to be alone for a while. Sometimes, they’d rather be all by themselves than with you. This is neither rejection nor them pushing you away; this is just them taking some time to think of what’s going on in their lives. Don’t make a big deal out of it; give them the time they need without being pushy but let them know you’re always there for them.

People with old souls react differently than others. You can be excited or sad about something and get a weird reaction from them. They simply view things from a different angle. It’s not that they “Don’t care”; they do but they’re just taking things more simply than we do.

Two things you need to know. First, you don’t have to work big to impress them; they value simple things. A simple walk will do the job. They also appreciate coziness; they would prefer staying in and making dinner and watching a movie rather than hanging out at a restaurant. Secondly, they dream big. Maybe this is why they tend to think a lot about life and the future because they want to accomplish their dreams. That’s why I recommended giving them time and space.

As mentioned earlier, old souls are loners so don’t be surprised when you learn they don’t have close friends. They know a lot of people but they don’t consider them friends. You might find a couple of close friends, that’s all. Don’t be pushy about them hanging out with people or attending gatherings. They might do it for you but don’t expect it to happen all the time. And again, it’s not that they don’t care; it’s just their nature.

Trust their feelings. Old souls believe their feelings and intuitions so much, so when they tell you to trust what they feel, believe them, even if you have your doubts. If you think their intuitions don’t make any sense, trust me, they’re aware of that but humor them and see where it goes.

To be in a relationship with an old soul, you will find a lot of contradictions. They can value commitment and stability but at the same time they’re thirsty for freedom and change. My advice is to give them freedom but also make them feel stable; don’t make them feel bound or chained. For them to stay in a relationship they need a deep connection; they value deep conversations and communication. They also seek a passionate partner with big dreams. Take some time and have conversations about their dreams, your dreams and about life in general. Tell them about your day and your interests; trust me they want to hear it. It helps them understand you better.

One last thing, old souls tend to set expectations and they’re afraid to be let down. That’s kind of why they always believe that people leave. As romantic as they can get, you will find them sometimes saying the weirdest things about how people leave and how they don’t seek a life-time relationship, but deep down they want a stable relationship. They want something beyond their imagination to keep them on the ground, yet, fly them to the moon. They can be classified as the most romantic ever; appreciate what they do for you, the little things before the big ones. Don’t let them down, understand them, remind them of how reality works but let them drown in their own dreams and imagination. Most importantly, accept them for who they are and respect their different personality.