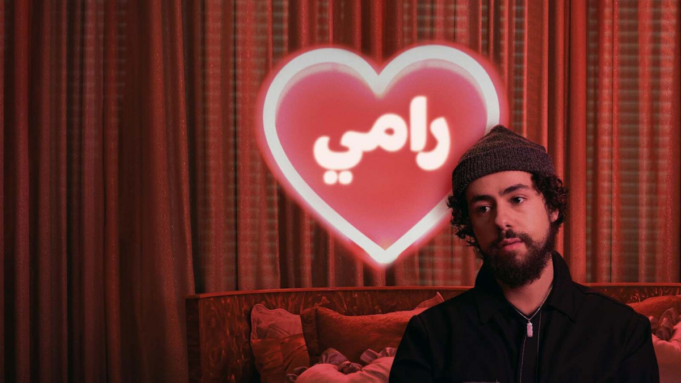 If you’ve seen the first season of Hulu’s Ramy, then you probably left off with about a hundred million questions, feeling confused and in need of answers. And that’s exactly the right way to leave it because, well, that’s just how Ramy’s life was then.

But, here’s a wonderful new update: Ramy’s season 2 is out now, which means you get to have all your old questions answered…and all your new questions planted in. And, yes, we’re going to dissect it all.

Warning: will have spoilers

Season 2 of Ramy doesn’t pick up where we left off. It starts with a time-skip, where we see Ramy back in the U.S. in a state of depressed aimlessness. It’s safe to say he still doesn’t know what he wants or where he’s going and that trip back to Egypt didn’t help.

And then, of course, Ramy makes another first step for the better. He goes to the Sufi mosque and meets its imam, Sheikh Ali. While there, Ramy embarks on starting a student-teacher bond with his new imam, whom he sees as the one person who can make him a better person.

Naturally, our protagonist puts his lessons into action by bringing a homeless ex-vet to work at the Sufi mosque. That seems to go well at first before the PTSD-ridden vet goes off and beats a man into a coma. From there on, Ramy struggles to keep his bond with his imam while also juggling his lessons and embarking on a relationship with the imam’s daughter Zainab.

After a 4-episode departure from our lead’s arc, we return for a double-sized finale to see just what’s become of Ramy and how his storyline ends for the season, seeing bad decisions he makes to show us that despite having good intentions, he still (as he says in one episode) only considers himself.

Thankfully, we don’t leave Ramy like that. Rather, we leave him as he starts on another self-discovery journey, one that seems like will stick.

Much like the first season of Ramy, season 2 doesn’t shy away from stand-alone episodes that revolve about other characters in Ramy’s family.

In fact, we even get more than 2 episodes this time. We get 4 intricate character-focused episodes that revolve around Dena, Maysa, Farouk, and Uncle Naseem…and well, we’re daring to say these episodes might have just sealed the deal for us.

See, these episodes range from the slightly comical/slightly borderline terrifying, like Dena’s episode, in which she deals with the concept of the evil eye and regular life worries about her law school scholarship, to the retrospective, like Maysa’s episode, in which we see her study for her citizenship test while growing more aware and showing us that age is never an excuse for brushing over your ignorance.

We start off with Farouk’s episode, a testimonial to the struggles and heartache that come with immigration and starting a new family without your old one present, even delving into the anxiety he feels about losing his job. Then, we go into Uncle Naseem and we see that’s he’s more than what he seems and that a lot of his personality comes from the fact that he’s scared and uncertain of exploring himself and what he actually wants in life.

While we circle back to our characters, old and new, we keep following Ramy through his self-improvement journey and see him as he comes around to his senses, while also flip-flopping back to destruction (for himself and others, pay attention to why Farouk loses his job).

Here’s how the season goes: Ramy tries to do good, it backfires, and he tries to flee accountability. But the time you get completely fed up with Ramy’s stale ways, you see him get fed up too, as he realizes there is no more fleeing and he has to actively try to change. And for Ramy, that’s a massive win.

We don’t just stay with Ramy, though. We meet new characters in Sheikh Ali (Oscar-winner Mahershala Ali), a Sufi imam who’s dedicated to teaching as well as being protective of his daughter. Following the story, you will find yourself curious about this man, who seems calm about everything…until he finally gets as fed up as we are about Ramy’s self-destruction.

We also meet Zainab (MaameYaa Boafo), the imam’s daughter, a practical woman who gives Ramy a chance after seeing what’s he’s got to give and is willing to go on that journey of being better with him. As much as we love Zainab, though, we know that you’ll not love how her story ends.

Our favorite part of this season is pretty much like stated above — all the old characters’ developments, as we peel off more and more layers off Ramy’s family members and see that while Ramy’s world revolves around himself, theirs is still going on.

Okay, we’re just gonna come out and say it. Ramy’s season 2 is better than season 1. Story-wise, we get to see Ramy’s journey and self-delusions until we finally get to his much-needed wake-up call and actual re-start.

And while all that’s going on, guess what? We get to see our other characters, Ramy’s family members, become more fleshed out until they’re basically as real as real can be with all their quirks and anxieties and emotional baggage.

This goes without mentioning that the show itself is finally steering us into its two major points– Ramy’s trying to file his troubles under “it wouldn’t have happened if I were a better Muslim” instead of actually facing his problems. That’s one point. Another is that self-betterment doesn’t happen unless you actually actively fight for it and your good intentions don’t simply excuse bad behavior.

For that alone, you should watch Ramy’s long-awaited season 2. And honestly, we’d be lying if we said we’re not already waiting for season 3, where we hope to see a better Ramy…who’s also been to therapy because, yikes.

Ramy’s season 2 is, as cliché as this sounds, where the magic truly happens.