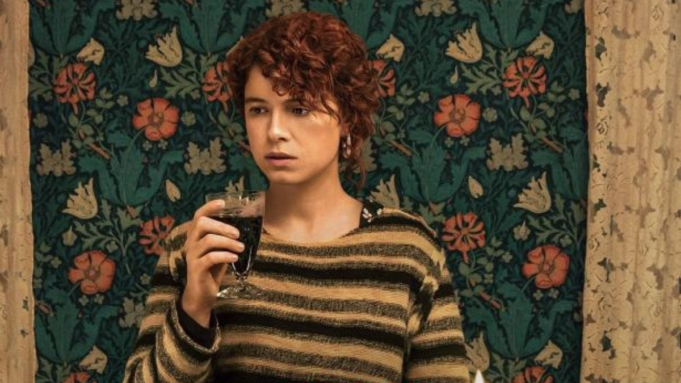 As if the year itself wasn’t confusing enough, 2020 is not ending without giving us its fair share of confusing films too. Sure, not every single one of these films include a ton of physics and math, but they can be confusing in their own way.

If you’re not catching on, yes, we’re talking about Charlie Kaufman’s new movie, I’m Thinking of Ending Things. See, as fun and as aesthetically pleasing as the movie was, it’s left everyone confused.

So, allow us to tell you what it all means…we’ll try our best!

Directed by Charlie Kaufman (Eternal Sunshine of the Spotless Mind, which makes a lot of sense in this situation), I’m Thinking of Ending Things begins with Lucy (Jessie Buckley) getting picked up by Jake (Jesse Plemons), her boyfriend.

Together, they drive to Jake’s parents house for a classic Meet the Parents dinner and on the way, Lucy cannot stop thinking about how she needs to break up with Jake.

And then things get a little weird. Okay, understatement. It gets seriously bizarre.

Jake seems to be hearing Lucy’s thoughts as she thinks about breaking up with him, his parents are seriously odd and keep changing from young to old-ish to nearly-dead during dinner, and the basement at the house seems to be hoarding a huge chunk of Jake’s secrets.

And this is all without mentioning the high school janitor we seem to see every few scenes, through a very eerie lens.

Different interpretations for the movie

So, here’s the deal with this movie. It can be read differently, depending on just your own mindset. But so far, there were a couple of natural consensuses here.

One outlook for this movie can be filed under “the way most Rom-Com relationships would go once the movie is over“. As in, gas-lighting or basic manipulation, in which Jake is basically manipulating Lucy into thinking the things she’s seeing, hearing, and feeling aren’t real in an effort to stop her from breaking up with him.

Another fun little way to see the movie is as a kind of post-Eternal Sunshine of the Spotless Mind horror story, in which Kaufman brings back the whole wiping memories thing as Jake tries to stop his relationship with Lucy from ending over and over again.

The third take sees this movie as a metaphor for Alzheimer’s, mentioned by Jake’s father and largely mentioned as genetic. As in this movie takes place in Jake’s head as he tries to remember a person he dated though he keeps messing up the person’s name, details from the visit to his parents, and even his old girlfriend’s clothes which keep changing throughout the movie.

And the fourth take? A simple “well, he’s clearly a murderer!”.

But, of course, reading this, you might think the interpretations are interesting and all but you’re just not buying it.

You want what Charlie Kaufman actually saw when he adapted this movie from its book. And if that’s the case, then…

Here’s What the movie ACTUALLY means

A little tidbit about the I’m Thinking of Ending Things director — he really doesn’t like explaining his films. But, for this one film, Kaufman made an exception and explained it to everyone, like we were five years-old.

So, here’s the deal. Lucy isn’t real. Nothing is. Lucy is basically just one of Jake’s fantasies about what would have happened if he asked that one woman out many years ago.

And, sure, this makes an awful lot of sense if you recall how Lucy isn’t at all surprised by the parents’ changing ages and Jake’s constant changing of facts and the fact that at one point, he calls her Amy. But it doesn’t stop there.

See, Lucy isn’t just Jake’s ‘Dream Girl No. 1’. Lucy is also what Jake himself wishes he could be. She is a physicist and she’s funny and she’s an artist and she’s educated about everything. In the director’s own words, “think Psycho meets Fight Club”.

And, yes, this kinda means that Jake’s own fantasy wants to break up with him but it’s much deeper than that, really. Jake is an old man; he’s the janitor and (spoilers) he’s at the end of his life.

And at the end of his life, he tries to have his same old fantasy one more time, struggling to pick a point in which to place her (with his young awkward parents or old, dying ones), before he eventually comes to terms with the fact that he has to let Lucy go.

After which, he slowly dies and in his final moments finally gets to take a bow and get a standing ovation at the end of the play that is his life.

Personally, we suggest you read the original book by Ian Reid. It’s just easier that way and you’ll be getting the story, except you won’t be as confused in the end. You’ll just know what’s going on and then you can understand the movie.

Interestingly though, those who read the book say the movie is horrendously bad and confusing for the sake of being confusing. Our own verdict, however, is a “maybe watch it”.

Just know you won’t be enjoying yourself until the third re-watch…and by then your brain will be fried.

Get ready for a fix of Kaufman Confusion. It’s a wild ride!