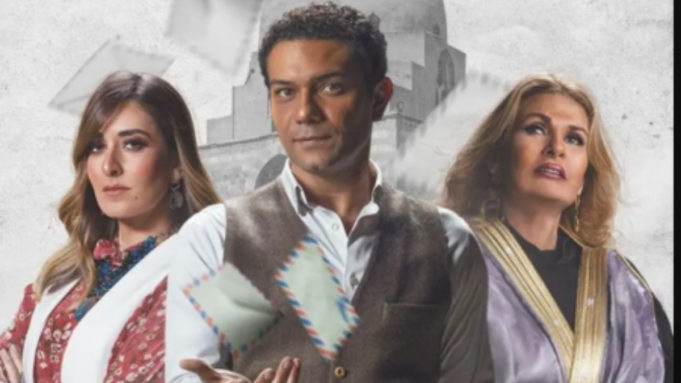 We all know it. This Eid is different in literally all aspects and this includes movies. While some films are attempting to debut in cinemas, one in particular has made the bold choice of being viewed online specifically for Eid. Saheb El-Maqam.

Given that you must be starving for new Egyptian films, you might be wondering Saheb El-Maqam is that good. Well, now that we’ve seen it, we’re ready to answer that question!

Directed by Mohamed El-Adl and written by Ibrahim Issa, Saheb El-Maqam begins with Yehia (Asser Yassin) as he takes one of his many horrible, horrible choices. Letting one of his employees stay kidnapped by gangsters in Iraq.

The story starts to establish that, as horrifying as that action was, it’s not that far-fetched from what Yehia usually does. The boss of a big development company, he has strict rules for his employees and a suffering marriage as well as a young son that he’s not that close with.

He’s always flanked by twin partners, Haleem and Hakim (both played by Bayoumi Fouad) who advice him well on his deals….that is until the twins clash over the decision of tearing down a shrine for Sidi Helal in favor of building a new compound.

When Yehia ignores one of the twin’s advice against tearing the place down, all hell breaks loose and Yehia starts to suffer. His perfectly healthy wife (Amina Khalil) goes into a coma and he loses business deals.

Oh and he starts seeing a woman, Rouh (possibly a ghost, played by Yousra) everywhere he goes. And this is where Yehia’s story and our own with the film really begins.

Although this movie is rife with notable guests and great performances, we’d like to focus on the select few. Yehia, the twins, and Rouh.

Yehia is our lens into this movie, naturally. He’s there to show us the basic cautionary tale of “what happens when you become too greedy“. He almost loses everything and as soon as he realizes this and starts to turn things around (by becoming a semi-worker for Imam Shafe’iy).

And before you ask, the acting is simply geniune. There’s no overdoing it with Asser Yassin here. He simply channels his all into being a man wrecking and saving his life, all while trying not to panic and hits the realism nail hard!

Another contender for a great peformance here is Bayoumi Fouad as both business twins. Though not as present as Yehia on-screen, Hakim and Haleem are constantly felt throughout the film simply because each twin is a stand-in for the angel and devil on Yehia’s shoulders. And representing good and evil, respectively, has meant their presences are always there un-gaudily.

As for Rouh, our intrigue picks up and our senses for the magical pique. Is she a ghost? Is she real? How is she always there? We don’t even have to answer these questions because the narrative does for us.

She’s there for a purpose and that purpose is to make things right, which is exactly what she ensures is happening.

Saheb El-Maqam isn’t the typical Egyptian movie. It doesn’t fall into either action or mystery or comedy. It’s simply spiritual as spiritual can be and here’s the thing — the spirituality of it all doesn’t feel cheap.

It doesn’t feel forced because it’s the kind of spirituality that already exists within Egyptians. It’s the kind of journey that can happen to anyone, if all falls into line.

One more aspect we have to mention here is the guest stars because they simply make the movie (especially the late Ibrahim Nasr and Mahmoud Abdelmoghny’s wonder-scenes)…even when the movie’s third-act takes a turn towards the bizzare (and frankly oddly out of place) action side.

Questionable third act aside, though, Saheb El-Maqam is a special movie. It won’t leave you at the edge of your seat but it will make you think. And if you’re into that and if you’re into spirituality, this movie is for you!