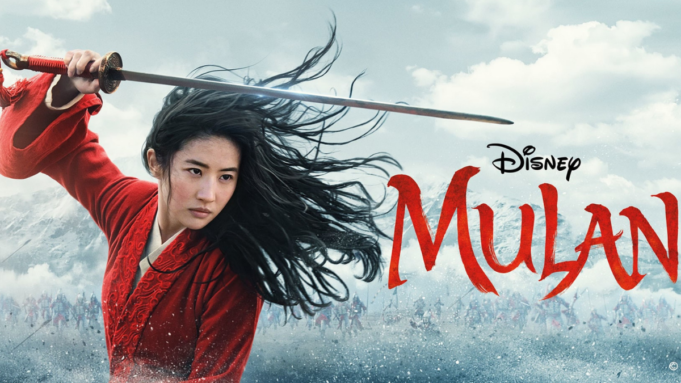 Okay, okay, so we know the drill. Live-action remakes of old animated movies are tirelessly boring. Nothing against the concept, but so far all the remakes we’ve seen haven’t added anything at all.

With that said, this doesn’t mean we weren’t still on the edges of our seats as we waited for the live-action Mulan remake. Widely anticipated, that remake was said to be more of an adaptation with new plot-lines so we really couldn’t handle the wait!

And now that we’ve seen Mulan, how about we discuss it all? See, there’s a lot we need to talk about.

Much like its predecessor, the 2020 Mulan starts in a China that will soon be threatened by a war from invaders. We don’t know that at the beginning, though.

When the movie starts, we’re introduced to Mulan (young: Crystal Rao, older: Liu Yifei) in one of her Classic scenes: chasing a chicken and accidentally wrecking havoc around her. We then see how her family life is, with accepting loving parents (who still worry about her playful nature) and a younger sister.

Fast forward a couple of years, war is at the front gates of the empire (literally) and the Emperor orders every family to send one man to serve in the army to defend the country. Mulan’s family, as you may remember, only has one man: her father, an injured ex-soldier who would not survive war.

Naturally, Mulan doesn’t accept this and so runs away, disguised as a man with the family sword, to serve in her father’s place in the army, becoming a trained soldier and finally finding herself and her true identity. And bringing honor to her family, too!

So far, so good, right? Well, aside from the structure of the story and its key elements, everything about Mulan, as a movie and a character, is different.

The Mulan we met in 1998 was a tomboy who didn’t fit in with the “traditional femininity” and went through a lot of trouble to hide her gender and become a warrior. This Mulan, though, already has something of a warrior bone and a lot of chi (energy) in her body…even from a young age.

At the army, Mulan doesn’t really struggle with being a soldier or training; she just has trouble pretending to be a man. She makes friends in fellow rookie soldiers Cricket (a human interpretation of the lucky cricket from the original) and Honghui and generally manages to survive!

So, what other changes are in the movie, you may ask?

Well, other than the revamped introduction of Cricket, we now have no Mushu (for authenticity’s sake) and no General Li Shang…almost.

See, having Mulan have a “thing” with her general (i/e: her boss) was always an iffy conflict of interest and to solve this, we now have two characters to replace Li Shang. General Tung (the general part) and Honghui (the love interest part) and, honestly, that kind of works out great.

And here’s a really interesting character introduction. Xian Ling, a witch on the side of the invading army (both a rival and a foil to Mulan) — a mirror, so to speak, to show her what could happen if the world doesn’t accept her. And, yes, this is something literally said and laid bare.

These are all changes you’ll enjoy, by the way. As well as the changes in the story-lines, that take Mulan from “identical”, “sugarcoated”, and “PG” to significantly more serious and a true heroic origin story and journey!

And now, it’s time for the changes you will not like so much. If you’re an avid fan of the original Disney film, you may want to cover your eyes.

Mulan has no singing breaks. None. Zilch. There’s no “I’ll Make A Man Out of You”, no “Reflection”, and definitely no “A Girl Worth Fighting For”.

Yes, take a moment to take this in. But it’s not strange at all, to have no singing breaks in the movie, especially when the story is somber and essentially is a war movie.

This is also why the fact that Mushu and Li Shang, in their original versions, aren’t present here. And this also why Mulan herself isn’t as expressive as her animated version was.

Let us quickly rephrase that. You will hate the 2020 Mulan at first. Don’t be surprised — you won’t be the first. As of the time we’re writing this, the audience score on Rotten Tomatoes is 59%, compared to the critics’ score of 79%. And it makes sense.

If you go in expecting the same old story (which won’t be a surprise, considering Disney remakes are identical), you will be disappointed. It’s a completely different movie!

However, on the second re-watch, you will start to see the nuances in the film. You will see how the story gets a thousand percent more serious with the additional characters and the changed mini-plot points. And that’s when it turns from a childhood favorite to the Chinese legend it’s based on.