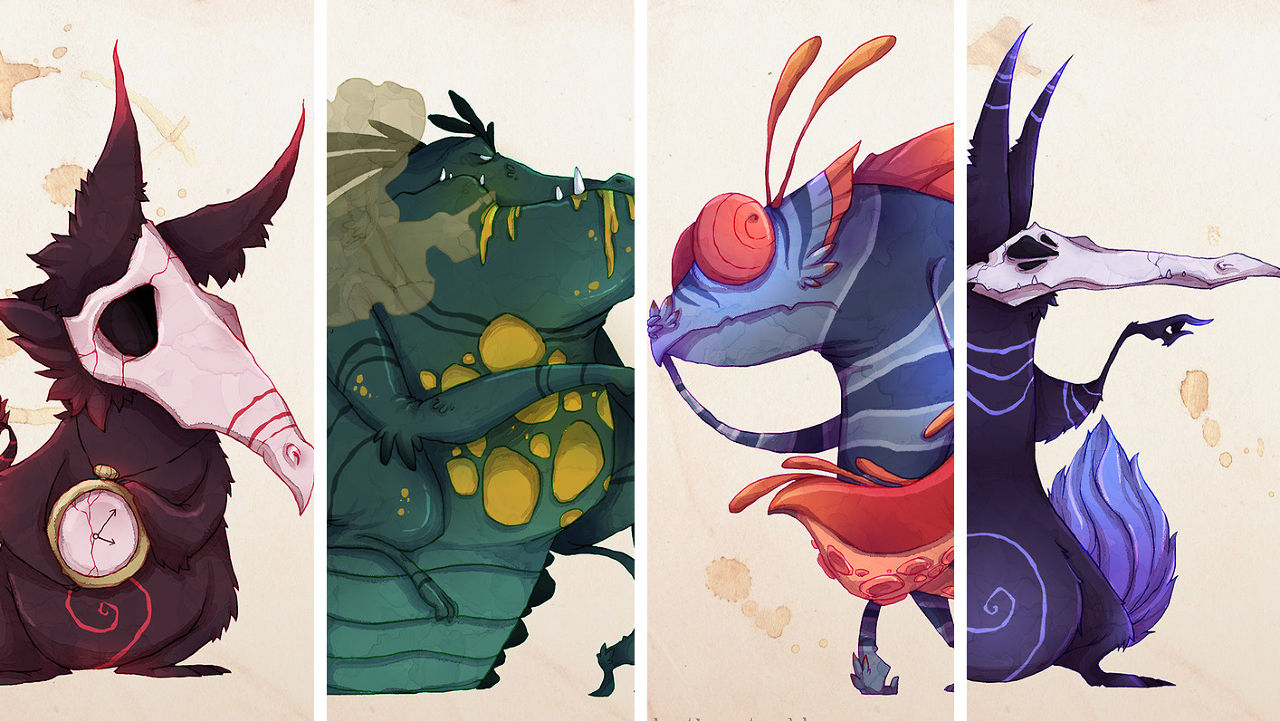 For decades, the art and music industry have been trying to represent human experiences and emotions through paintings and melodies, with negative accounts being more common in both fields. With his collection “Real Monsters,” artist Toby Allen succeeds in spreading awareness about mental disorders in his own unique way; an illustration of what it would look like if each one was an actual, non-figurative monster.

Toby says that his purpose of the compilation is “To make people aware of how damaging these illnesses are and how much of a burden they can be to those who suffer from them.” 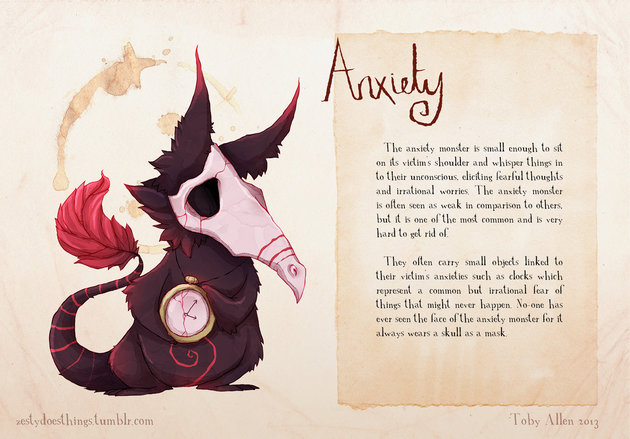 ‘The anxiety monster is small enough to sit on its victim’s shoulder and whisper things to their unconscious eliciting fearful thoughts and irrational worries.” 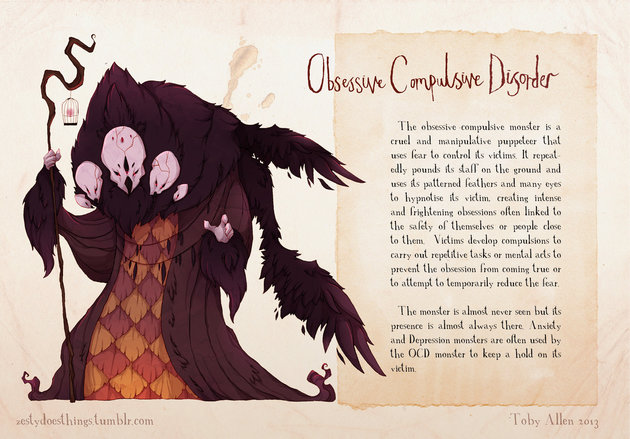 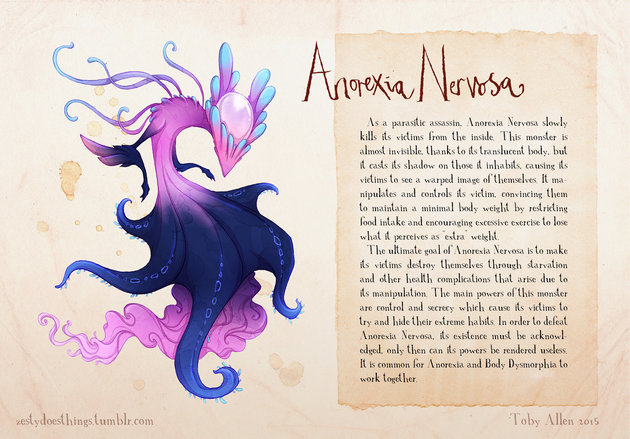 “As a parasitic assassin, Anorexia Nervosa slowly kills its victims from the inside. This monster is almost invisible, thanks to its translucent body, but it casts its shadow on those it inhabits causing its victims to see a warped image of themselves.” 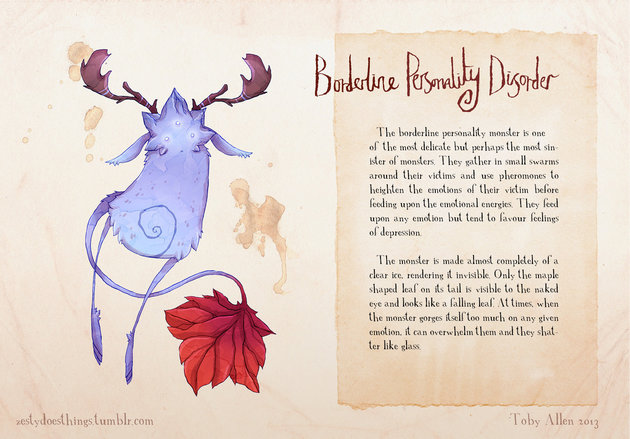 “The BPD monster is one of the most delicate but perhaps the most sinister of monsters. They gather in small swarms around their victims and use pheromones to heighten the emotions of their victim before feeding upon the emotional energies.” 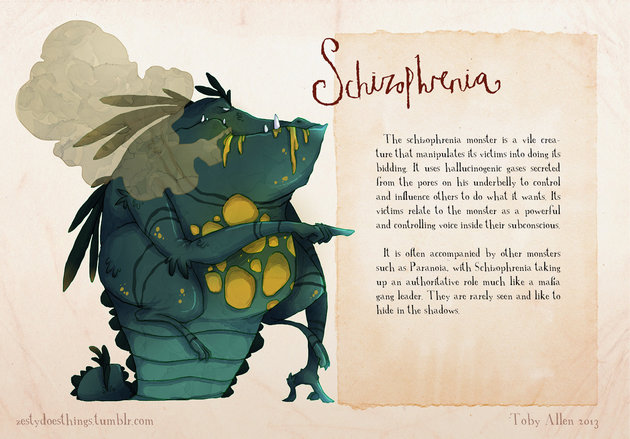 “The Schizophrenia monster is a vile creature than manipulates its victims into doing its bidding. It uses hallucinogenic gases secreted from the pores on his underbelly to control and influence others to do what it wants.” 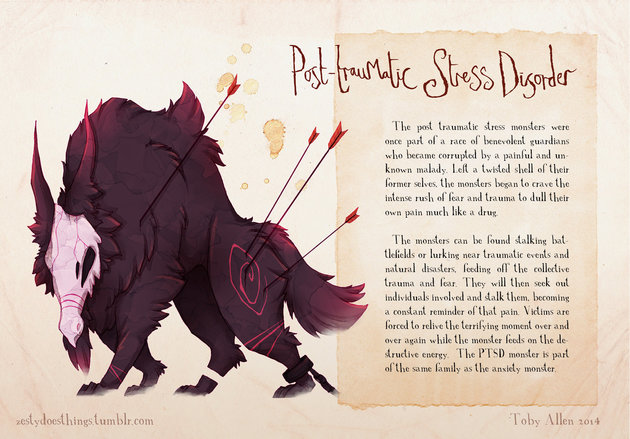 “The PTSD monsters were once part of a race of benevolent guardians who became corrupted by a painful and unknown malady. Left a twisted shell of their former selves, the monster began to crave the intense rush of fear and trauma to dull their own pain much like a drug.” 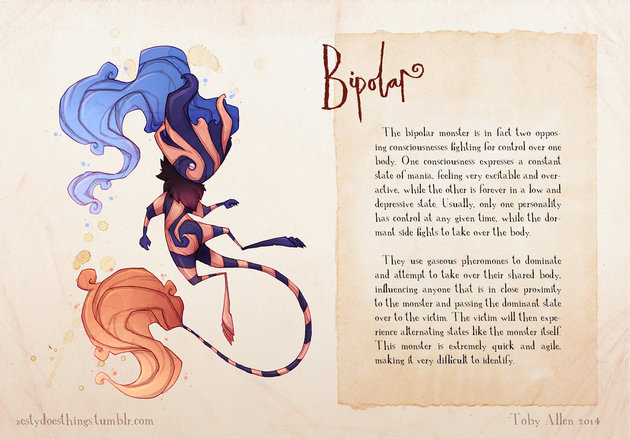 “The Bipolar monster is in fact two opposing consciousnesses fighting for control over one body.” 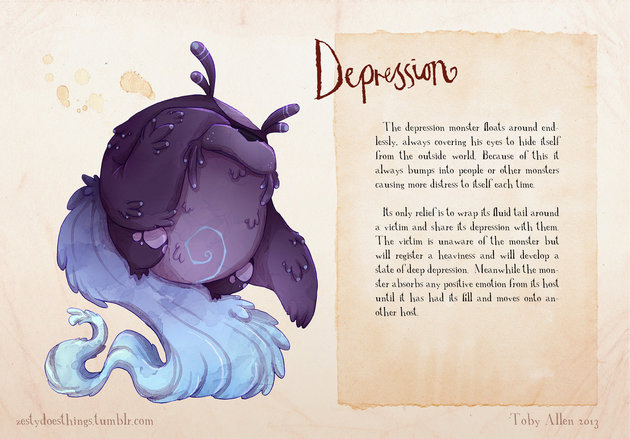 “The depression monster floats around endlessly, always covering his eyes to hide itself from the outside world. Because of this it always bumps into people or other monsters causing more distress to itself each time.” 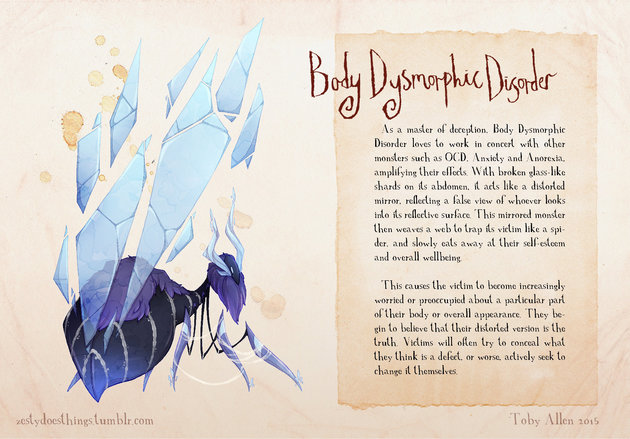 “As a master of deception, BDD loves to work in concert with other monsters such as OCD, Anxiety and Anorexia, amplifying their effects. With broken glass-like shards on its abdomen, it acts like a distorted mirror, reflecting a fake view of whoever looks into its reflective surface.”