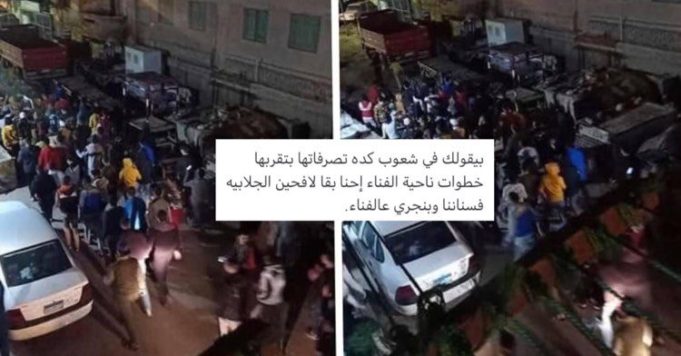 If you’ve slept through the night yesterday, March 24, you’ve missed quite a lot. Probably, one of the most significant nights in Egypt since the COVID-19 outbreak. So, in case you have, let us recap.

At around 12-1 AM, videos of Caireans going out on their balconies praying and cheering (Italy style) were all over social media. So far, nothing to be concerned about.

Shortly after, at around 2 AM, other shocking videos started to emerge. Footage of masses gathering and walking in what they now call “Corona Protests” started surfacing on social media.

In what was later identified as Alexandria, streets were packed with people who seemed to think that a march of at least 200-300 people was a good idea amidst all the calls to stay at home and self-isolate to curb the global pandemic!

And although the gatherings were shortly disreputed by police forces, we think that’s simply not enough and here’s why…

Whether or not these groups of people in Alexandria had any agenda (what some people claim) behind their reckless behavior, we believe a more firm law grip is a must.

These groups didn’t just put their own lives in danger, but the lives of the wider population too. What if one of them was an undiagnosed carrier, chances are they infected everyone there.

Also, how is it fair for everyone else, abiding by the safety rules and maintaining a self-quarantine for weeks, to see others gathering on the streets and still putting his/her life at risk?!

Last but definitely not least, we feel that this one incident is a perfect case in point to the fact that ignorance and lack of awareness are humans’ worst enemies.

We’re just too sad to see this happen in Egypt. Most people have done well so far fighting every urge to go out and gather up; only for a bunch of irresponsible others to decide to put it all to waste.

Therefore, we support the government’s decision to enforce a curfew to guarantee the safety of Egyptian citizens. And generally, let’s pray for more common-sense!