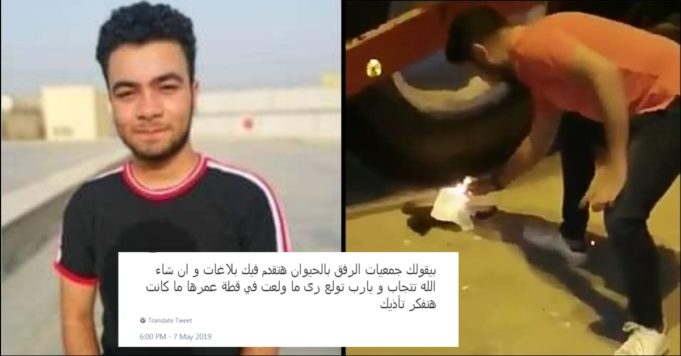 While most people were getting into the Ramadan spirit, a group of young men in El-Gharbeya thought the best way to welcome the holy month is by burning a stray cat ALIVE.

The video of the incident, posted by one of the men involved, started to circulate on social media.

The video contained footage of a young man – who we learn is named Hegazy – setting fire to a young living stray cat. His friends, who are recording him, are heard laughing and saying “look she’s being tortured” in the background.

NOTE: Considering the very graphic nature of the video, we decided not to share it on our website. However, below you can see a screenshot of him in the act before the cat started to burn alive. 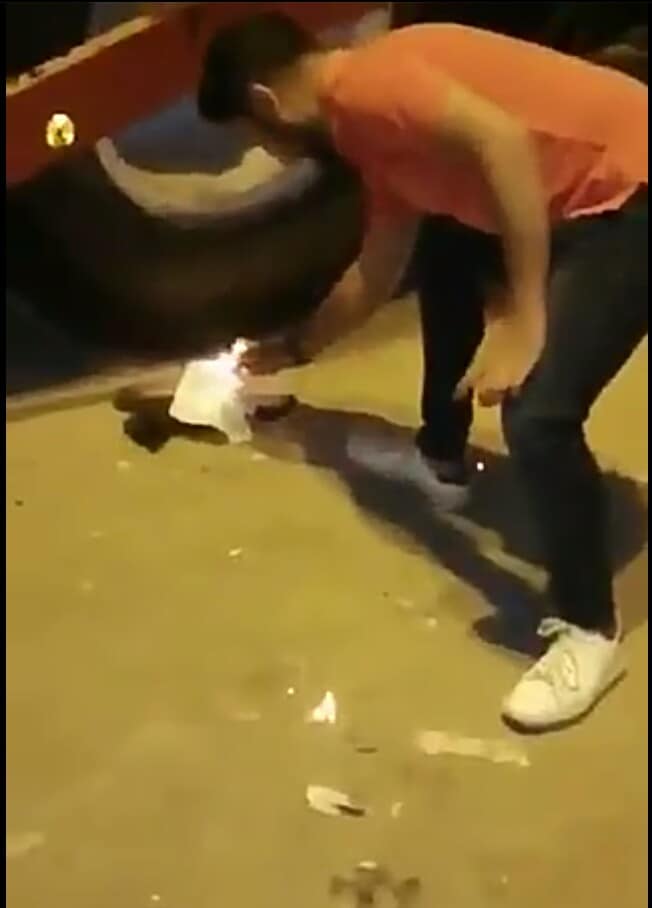 In previous similar incidents, the subject in the video used to claim it’s not them in the video or that it was taken out of context.

Ironically, those young men are the ones who exposed themselves. After shooting the video, they posted it as some sort of a brag on social media. Which, needless to say, was met with quite the backlash from the public.

Who are these men?

The one setting fire to the cat in the video has been identified as a young man named Ahmed Hegazy or Hegazy as his friends call him in the video.

The video is reportedly recorded in El-Gharbia governorate, and the group of men in the video appear to be of young age, but NOT kids.

After the video started to spread and everyone was attacking them, they apologized and justified their actions that they’re “just kids” in a tweet that is now unavailable since Hegazy’s  account got deactivated.

Needless to say, their so-called “apology” only added fuel to the fire.

It wasn’t long before the video was shared all over social media and media outlets. And shortly after, social media was flooded with angry posts and campaigns against these teenagers and their horrifying inhumane act.

Before we knew it people dug out Hegazy’s Twitter account and starting raining hell on him and all his friends, rightfully so. 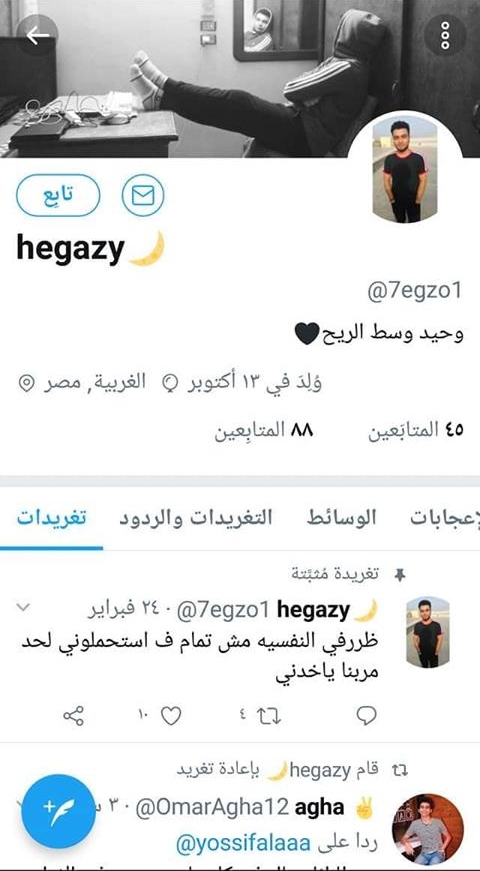 People were so angry they just could not hold back.

They wished him the same fate as the cat he burnt.

Calling him an unchained devil.

People could not grant Hegazy the forgiveness he asked for and wished he is never granted such mercy.

And even wished him eternal misery.

A lot of people were focused on exposing Hegazy for his actions and getting his Twitter account deactivated altogether as a punishment.

Which eventually did happen…

As harsh as these reactions might seem to some people, it is not in the least nearly as harsh and brutal as the crime committed.

Although Hegazy did apologize – after he was attacked – there is no justification for what he has done! No reason why someone would possibly think ‘Hmm why don’t I set fire to this sleeping kitten over there, that’ll be fun!’

Whether they did it as a “childish joke”, which has no punchline, or they did it to get “internet famous”, these young adults should be held accountable to their cruel inhumane and quite frankly psychopathic behavior.

If their minds could lead them to burn living creatures alive and get away with it, who knows what next?!