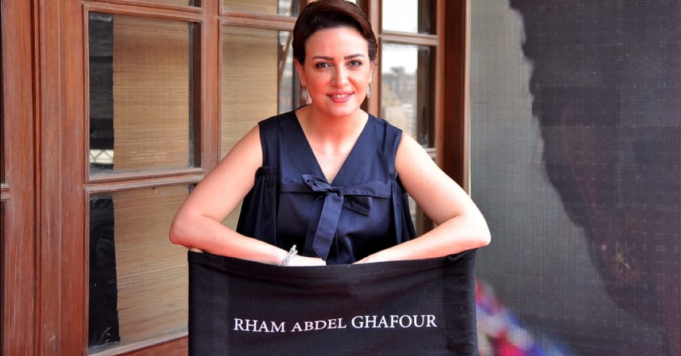 There’s no doubt that Farida’s character in the hit series “Zay El-Shams” was the talk of the Ramadan season. To say that the outstanding actress Riham Abdel Ghafour did a great job playing the character is an understatement!

Therefore we couldn’t miss the opportunity to sit with her, and basically get inside Farida‘s mind.

1- This year, you were the talk of Ramadan; how did that feel like?

I’m honestly so happy and grateful; it was a huge success. Especially that there was so much interaction with Farida’s character. People were talking about her all the time, waiting to know who killed her.

I was over the moon, of course, being the talk of the hour!

2- When you read the script, what drew you to Farida?

Farida is very different from me as a person, and she’s not your typical woman either. I liked the fact that I was portraying a nontraditional character, one that I also haven’t done before.

In addition to the fact that she sparked controversy all over social media and among the viewers, I honestly like those types of characters. 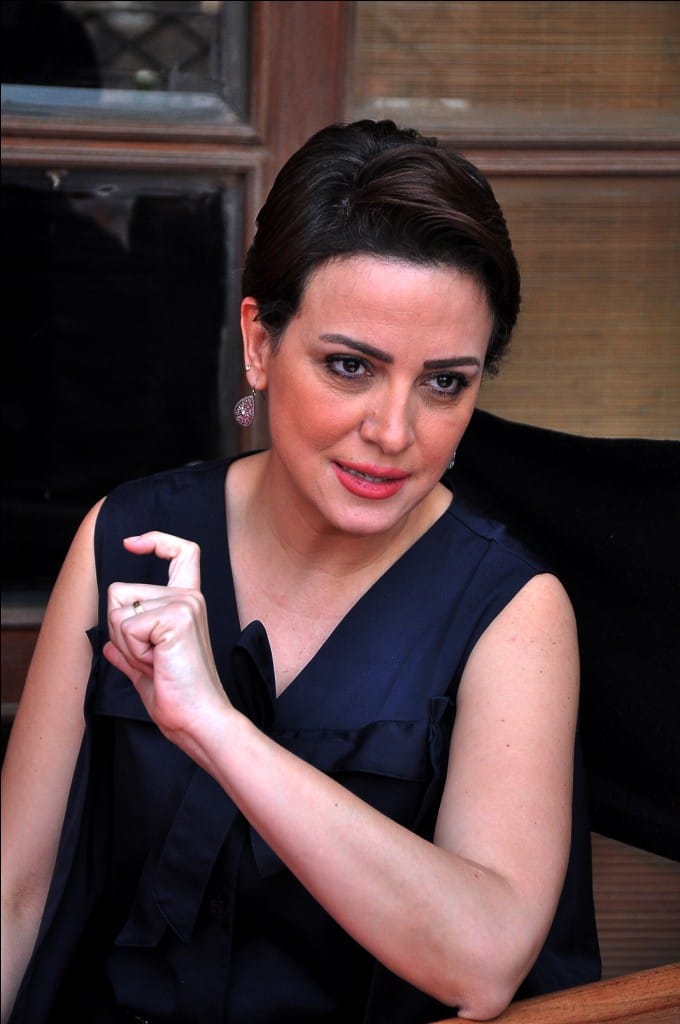 3- Since Farida‘s actions and behavior are basically a taboo in the Egyptian society, weren’t you a bit scared to portray her on screen?

Not at all. I’m not the type of person to shy away from playing those types of roles, considering the cultural sensitivity and all. Because I’m basically presenting an example that does exist, with everything good and bad about them.

Farida did make a whole lot of mistakes, however, she still felt guilty about it all and in the end, her life was ruined because of it.

4- Apart from the fact that you’re the one playing the role, didn’t you feel bad for Farida herself at some point?

Of course, I did! People make mistakes, all the time. And in Farida’s case, that’s basically how she was raised. She had been that person most of her life. And changing to a better person wasn’t always an easy option. That being said, she still realized the ugliness of her actions and mistakes.

5- Tell us about your hardest scenes to shoot as Farida!

Even though Farida didn’t appear much on screen, in comparison to the rest of the characters, still her scenes were always important because most of them were reveals. Therefore, the majority were pretty hard.

However, for me, the absolute hardest was when she had to confess to her sister Nour that her fiancé Omar impregnated her. Because in reality, that’s such a hard thing to do! 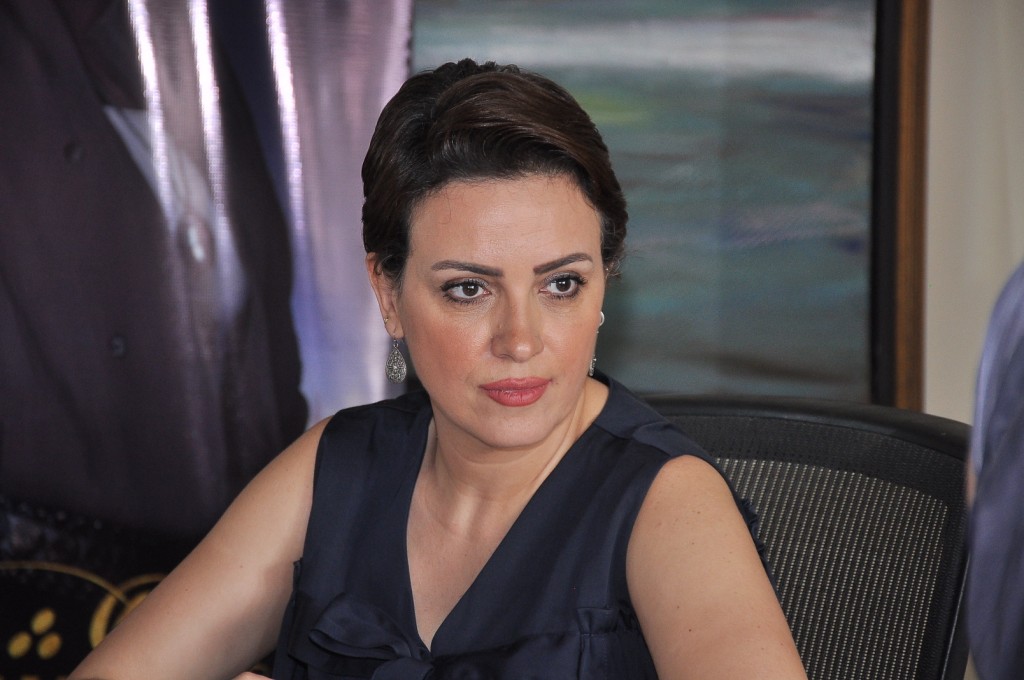 6- Did the cast know who killed Farida from the very beginning?

Actually, no. First of all, not all the episodes were pre-written, considering the fact that the series is a format. The original story has Omar as the murderer but towards the end, the writers and producers wanted to change that in a way that is still logical.

We actually felt it makes so much sense for Shahira to be the one who killed her, because she has her reasons.

7- Don’t you think that Nour has her reasons too and could have ended up being the murderer?

Definitely not! I understand that she has been cheated on and all of that. But still, that’s her sister, after all. And most importantly, Nour is an ideal person; she cannot kill. And we’ve seen how she forgave Omar, who caused all of this, in the end!

Also, like I said, Shahira fits that role so much because not only did she have her reasons to kill Farida; but the fact she pushed her out of anger after Omar almost beat her to death, made perfect sense. 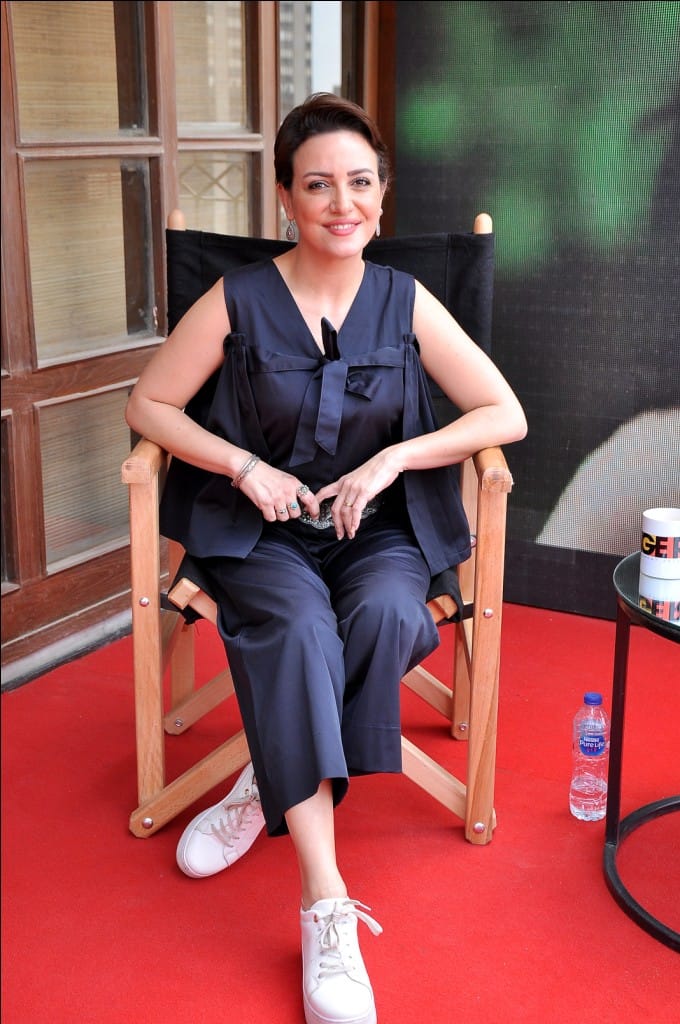 8- How was working with Ahmed Malek?

I have so much love for Malek, as a person and an actor! He’s such a great talent. And his portrayal of Seif was spot on, in my opinion.

Seif was such an intense character; someone who’s obsessive and distracted all the time and is not particularly typical. And Malek knew exactly how to bring that to life in a rather natural way.

9- What did you all feel about the feedback on social media?

We honestly weren’t expecting such feedback. But we were over the moon with it. At the same time, we were a bit frightened and felt more responsible because we thought we had to live up to it. I’m really grateful for that.

To be honest, I’m just like you. No one has told me anything about it so far. I’ve heard there’s a possibility, but still nothing is confirmed. 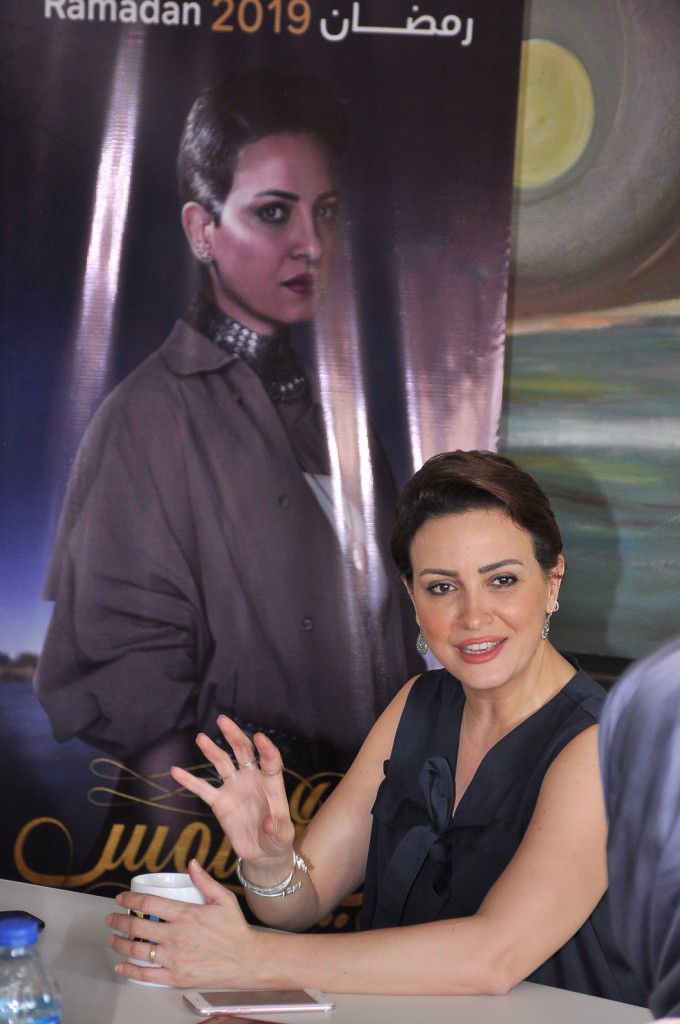 11- If that happens, could we see a different side of Farida?

If the second season ends up happening, I don’t think Farida will be a huge part of it. We’ve seen everything related to her so far, and we uncovered the killer, so I don’t think there’s much left on her part. I don’t know.

All three were hard, to be honest. None of them is similar in any way to my real character.

13- Out of all the cast, who did you have fun with the most during the shoot?

All of them, definitely! I’ve worked with Sawsan Badr in theatre before, and I’ve always loved her. Dina El-Sherbiny and I have always had a good friendship, even before the series, but we definitely grew closer after that experience.

As for Ahmed El-Saadany, we went to college together and have always been friends, so it was great to work with him. Unfortunately, I only had one scene with Ahmed Dawood. And Ahmed Malek and I worked together in “La Totfe’ El-Shams” and there’s chemistry between us. I just can’t pick one! 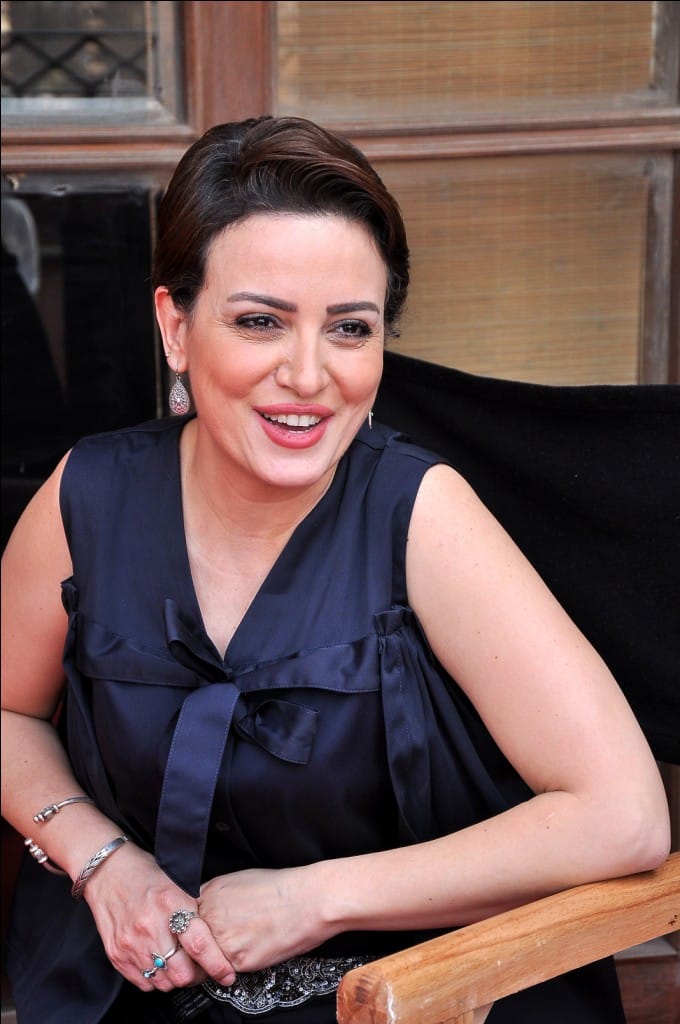 14- Do you think Farida‘s character could be the most complicated one you’ve played so far?

Actually, I don’t think Farida is complicated at all. If anything, she’s different, free and non traditional. She’s one of those people who don’t look back and only do as they desire.

However, if we’re talking about a complicated character for me, it’s definitely Fifi in “La Totfe2′ El-Shams“.

15- What’s next for Riham Abdel Ghafour?

At the moment, I really don’t know. I’m always looking for something new and different, and for the audience to wait for my work in upcoming seasons is such a huge responsibility.

I really hope I find something different that fits me quite well, but I’m kind of scared to be honest. However, I’m also looking forward to a role or a project that adds to me as an actress.