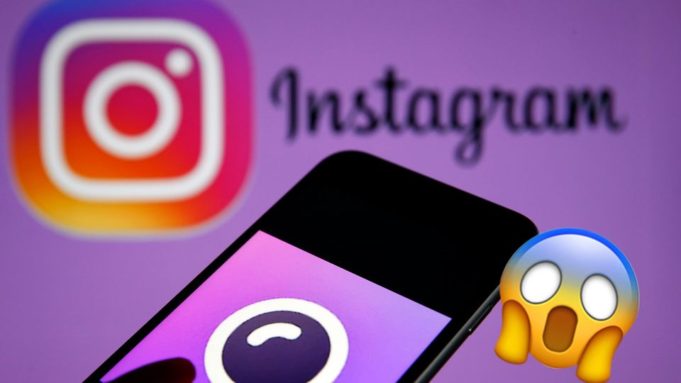 This week, Instagram has quietly deleted the “following” button on their latest update, for good. The platform is saying goodbye to the feature that allows you to see what everyone is doing, and, honestly, we feel like they shouldn’t have added it in the first place and for so many reasons!

The tab was famously used by users with “stalking” agendas. The thing we believe was morally corrupt to begin with and it made us wonder why it was included in the first place?

According to Instagram, the purpose of the “following” tab was mainly to keep fans updated with the latest celebrities’ activities on the platform. Making it easier for the fans to follow their favorite artists and connect them to more artists and events.

However, the “following” feature, installed in 2011, comes with a backlash. Many users admitted using the feature to stalk not just celebrities but ordinary people they know, too!

Letting you see the likes, comments and recent follows, you could pretty much know about how your boyfriend or friends spend their time on Instagram, what they’re doing or who they’re talking to.

Now, how disturbing is that?

Facebook claims that the removal of the controversial tab is only a small step in the bigger plan of creating safer and healthier cyber-space. According to them, it was also too unorganized and messy.

In fact, the tab was more than just aesthetically messy, it was morally and psychologically messy. Imagine having the option to monitor someone’s every minor activity and adding meaning to such insignificant actions. The whole thing is silly, absurd and awfully consuming!

Obviously, the feature wasn’t only used by regular users who wanted to keep up with their lovers, exes and crushes. It was also employed by gossip sites and tabloids to know which star is hating on who and liking whose pictures and so on..

The removal of the “following” button won’t be a setback to anybody’s day-to-day activity. On the contrary, imagine all the time it will be saving you from indulging in destructive stalking patterns!

Surely, it won’ be too long before the platform comes up with a new creepy feature. But in the meantime, we’re happily kissing this toxic one goodbye for good.

Don’t be too sad though, the new dark mode on Instagram is at least somewhat fun!