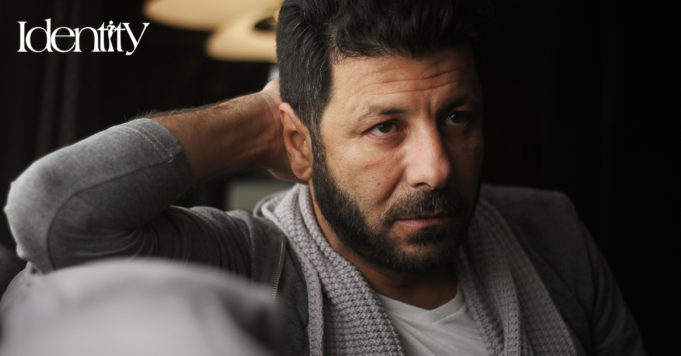 Our favorite Jordanian actor Eyad Nassar has quite an interesting year ahead of him. From movies like El-Mammar to Casablanca, among others, it seems like Nassar will be having a great impact on this year’s most anticipated movies.

As soon as we got the opportunity to chat with the star, we didn’t hesitate! We got the chance to ask him about his new roles, previous roles, himself as an actor, and where he sees the movie industry heading to. 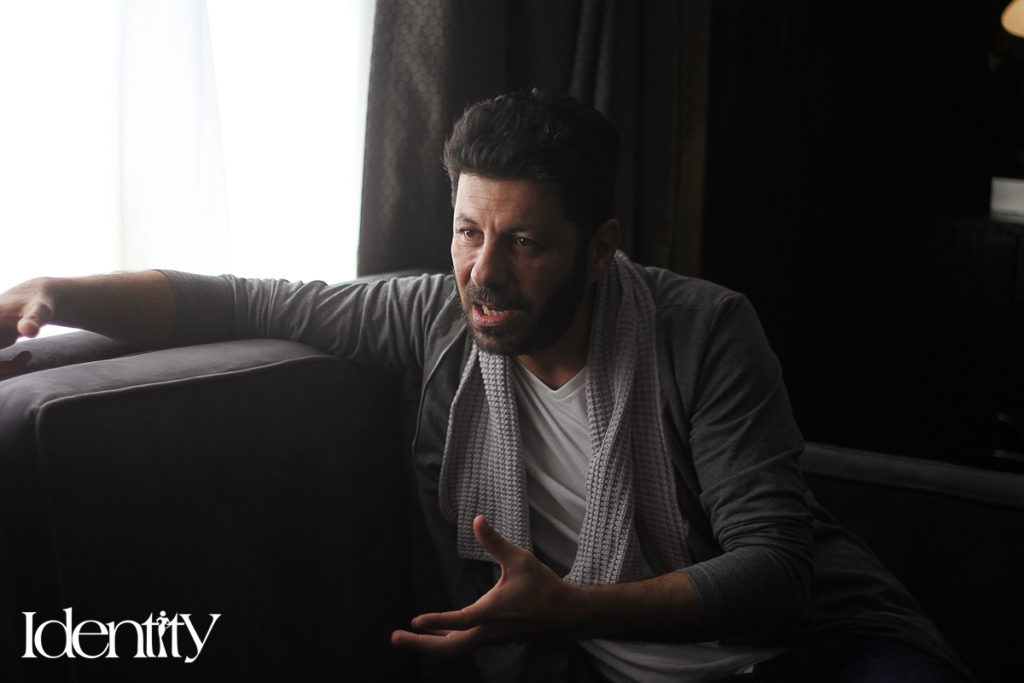 1- You’ve got a big year ahead! Tell us about the roles you’ve been working on?

I have two movies being released this Eid, and two other ones for the next one. For now, however, I’m excited for people to see El-Mammar and Casablanca.

They’re not just unlike any roles I’ve played before, but they are, in my opinion, very unique movies that today’s audience has not experienced before. Especially El-Mammar.

I’m glad the industry is introducing a new genre because it benefits both the actors and the audience, mostly the audience.

2- Some of the best movies in Egyptian cinema history were war movies. We haven’t, however, seen any war movie being made in almost three decades. Now there’s El-Mammar; do you think this genre will find success with the current audience?

Of course, I want the movie to succeed, but the important question is were there elements for it to succeed or not? And yes, there were! With that said, the importance of such a movie is more important than “success”.

It’s a genre that people have not seen happen in 20 years or more. The technicalities changed; we use the same equipment and know-how used in Hollywood. This was not available back then, and it is hard for current viewers to go back to these movies as a reference to historic events. They want to watch a good quality movie with good information. I believe this is an important step in the current film industry. 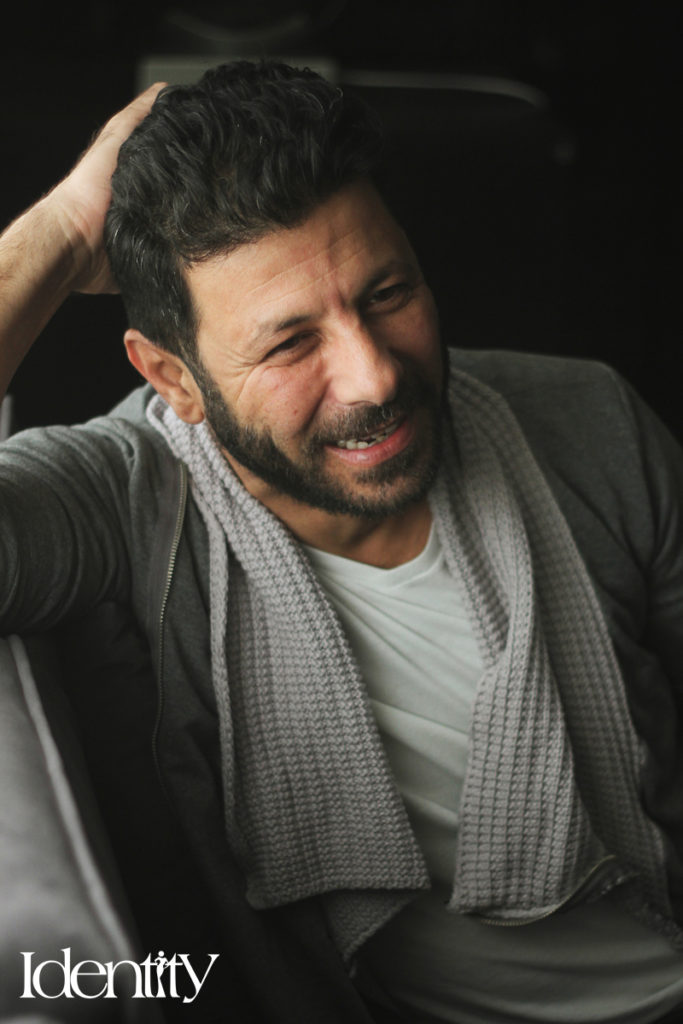 3- Let us talk about your choice of characters.  Some actors shy away from the “Villain” roles so they won’t be “hated”, or get stuck in the villain roles. You, on the other hand, embrace being the villain. Why do you get attracted to these characters?

I don’t believe there are “good” or “bad” characters. Unless we are talking about superheroes, then no one is absolutely good.

Shows like Breaking bad, Dexter, Sopranos and Peaky Blinders all portray that side of the “anti-heroes”. I feel like the audience respond to these characters more because they are more relatable, more realistic.

I felt at some point that the new generation might have stopped going to the movies because the audience changed and didn’t relate anymore to the movies being made. To my surprise, right after the release of “Torab El-Mas”, someone stopped me in the street and asked me “What have you done?!” Turned out he was referring to my character in the movie.

I was surprised that he watched the movie already, because I thought someone his age might never go see an Egyptian movie at the cinema. I even had to investigate whether he’s actually been to the movie, or streamed it online.

While it might be a minor validation, I still felt like I’m walking in the right direction. I don’t believe I would have received the same reception if I was playing the typical “good guy” role. This role left an impact which I always strive for.

4- Movies like “El-Mammar” and “Casablanca” both have an all-star cast. Even your next projects are going to be alongside other big names. The all-star cast is not something we’re used to in Egyptian movies. Why do you feel like this is happening? Won’t actors want to take all the credit for themselves?

I find it that currently all actors are supporting each other to face a monster called social media criticism. Everyone is a critic now, and with one post, your career can easily be destroyed!

The concept of an actor saying “I’m the star and will carry this movie all by myself” will disappear! This will become an uncalculated risk, which I feel is not worth taking. This is not just in Egypt, by the way. You have Leonardo DiCaprio and Brad Pitt, for example, starring alongside each other.

This is the direction everyone should be taking, regardless of having a big or minor role. The selfishness of having the main role and not wanting supporting actors will be the downfall of those who think like that. I believe the actors who aren’t selfish with the size of their roles and the actors with them are those who truly care about this industry and want to to continue.

Focusing only about being the main star of the project is ending, as it should! 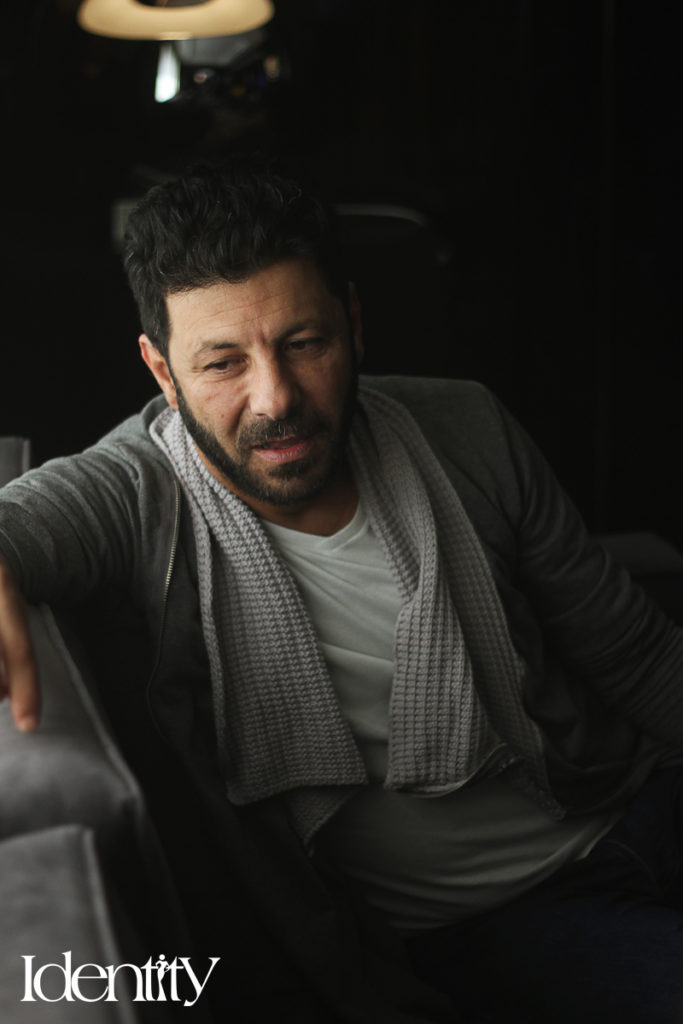 5- Two years after airing; “Haza El-Masa’a” is still one of the most watched and talked about Ramadan TV series, even today. Considering that it took up such an important yet controversial topic, did you expect the big success?

When I first read the script and got into the shooting, I told Tamer Mohsen this is not a series that will cause a major buzz from the first few episodes. It’s not one of those shows that start with a loud bang to grab viewers. It doesn’t revolve around a murder for example, nothing mysterious happens in the first few episodes that people are waiting to uncover.

It starts slow, and that is dangerous for a Ramadan series. However, we had to do this. This is a story that you have to grasp slowly to understand all its angles.

People knew this show is worth the investment, and it’s not going to die after a while. This is the type of work to expect from Tamer Mohsen. Slow, but steady and knows where it’s going!

6- With the different characters you’re about to introduce to people, many are expecting that your career is shifting into a new direction. Are we really about to see a new Eyad Nassar?

My roles in upcoming movies actually gave me the opportunity to do something I’ve always wanted to do. It’s something that the silver screen did not provide for me. Television work has a small memory, which didn’t fulfill me as an actor.

I don’t play the same roles. I always want to experiment and expand my horizons, and films gave me just that. My role in Casablanca is something completely different. The same as my role in El-Mammar, and even in Al Fil Al Azrak. These roles are granting me what I want to achieve as an actor, and I’m grateful for that.

Our conversation with Nassar gave us hope that the film industry in Egypt is truly going in the right direction.

The man is selfless with his roles and only wants to provide good quality movies. What more can we ask for? Well, maybe that other actors can take notes!