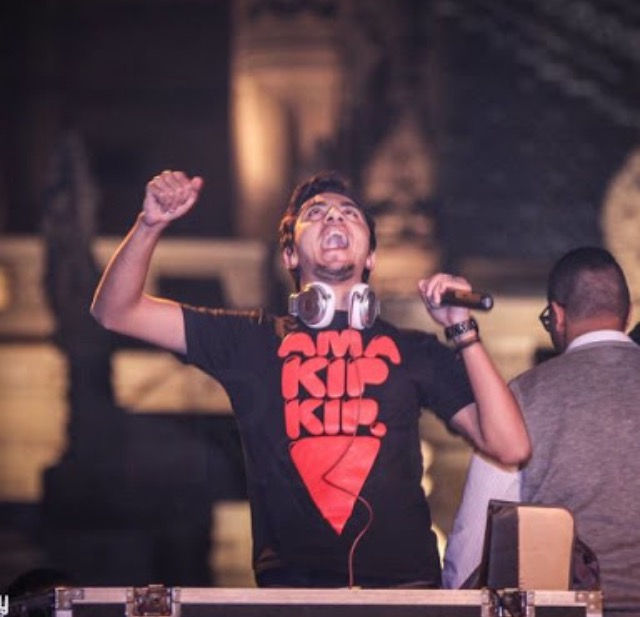 Can you start by introducing yourself; tell us bit about your background; how did it all start; how long have you been in the business and why you chose to be a DJ?

My name is Ramy Zeidan, AKA Ramy BlaZin. I’ve always been addicted to music, specially electronic music. It all started when my best friend, Mohanned, got me a guitar for my 16th birthday. I’ve been making music since 2008; I chose to be a DJ because making people happy makes me insanely happy.

How would you describe your style?

I’m all about Electro and Dance music .

What is the best and worst thing about your job?

The best thing about my job is that it’s all about happiness; it’s the best feeling in the world to see the crowd jumping and dancing to my melodies. The worst thing about it is that Egyptians falsely believe that DJs are all about clubs and drunk people. I create my own music which makes me an artist; I express a lot of feelings in my music that’s why I’ve stopped working in clubs.

Tell us about a funny/awkward/ weird situation you had to face at an event?

I once fell off stage which was really embarrassing. I couldn’t stop laughing myself; it was hilarious. I quickly got up and continued playing my music; the crowd was actually awesome.

What makes a good DJ?

Good taste in music is the most important factor.

What inspires your remixes?

Mostly situations, I listen to all kinds of music and can remix almost all of them. What matters most is which one would be the best.

Do you have a team or do you work solo?

When it comes to music production, I work alone. For stage performances, I work with a team; we make the crowd go crazy. 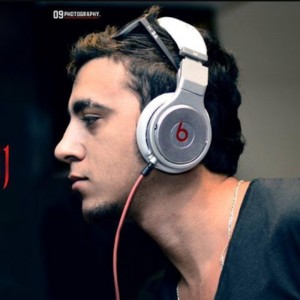 Who are your top artists?

Do you do a lot of gigs?

Well, I’m the kind of DJs who chooses his gigs very wisely; it’s not always about the money. My #1 Rule is not to play for drunk people; we rocked enough people and ready to rock more 😉 .

Which celebrity do you want to collaborate with and why? (Egyptian and international)

In Egypt, I’d be honoured to work with Amr Diab for sure because he is truly the king. It’s insanely hard to be able to maintain your success the way he did; it’s all about very hard work. Internationally, I would love to collaborate with Adam Lambert, Ariana Grande and the beautiful Jennifer Lopez.

How long does it usually take you to make one of these remixes? How do you choose the songs? Which one is your favourite and why?

Sometimes an hour, other times it could take months to finish one song. When it comes to choosing a song, I get to try a lot of remixes on stage to see how the crowd reacts to them before I release them on my channels. My favourite, for sure, is my remix of Pharrell Willams – Happy. This song has literally changed my whole life.

What’s up with adding “heeeeba” in your remixes?

Hahaha! The whole idea of Electro Sha3by was just a joke that went viral. I didn’t actually realise that SO MANY PEOPLE will like those remixes and understand what “HEBA” is!! Adding it to my remix was all about having a good laugh.

What are your future projects? What do you wish for?

I’m working on a few original songs for Eid. I’m already done with the cover of Mohammed Mounir’s song, Bakkar, which will be released on the first day of Ramadan insha’ allah. I wish to make more people happy.

Anything I missed that you’d still like to talk about?

I reached 10 million plays on my soundcloud channel www.soundcloud.com/ramyblazin. Coca cola asked me to make them an official remix of their spring song; it’s on my channel.

Thanks a lot, Ramy!