The morning after the National Cancer Center Explosion, something very strange happened and stopped the country right in its tracks.

The sunset turned a concerning blood red, without any warning whatsoever. No, it didn’t have anything to do with the explosion itself. Mostly, anyway.

The fact that we’re unsure of why exactly this happened, doesn’t mean we don’t have plenty of theories to pick and choose from.

The first theory to look for here would logically be related to the astronomical and meteorological sides, though opinions between astronomers and meteorologists differ so far.

Some astronomers say that this “Blood Sunset” has actually nothing to do with astronomy and it’s all a matter of atmosphere in the end. 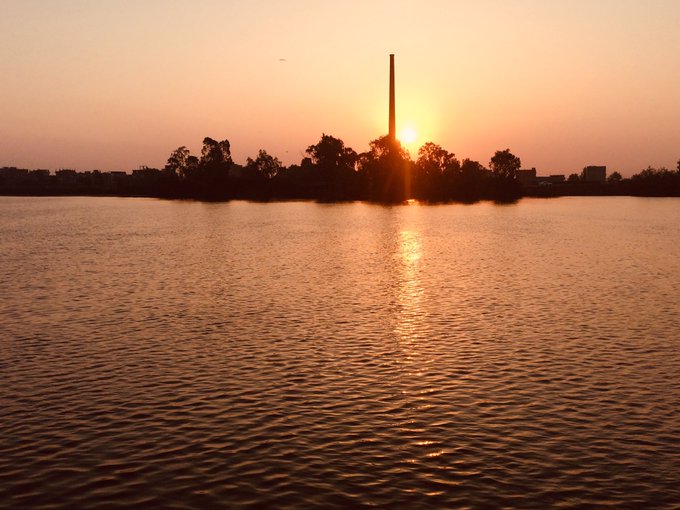 Dr. Ashraf Tadros, former head of the National Center for Astronomical Research, said that the sky changed colors because of the normal phenomenon of a certain sort of dusk that happens when there’s too much dust or comet remnants in the sky.

The only reason it’s as clear is because of the atmosphere, which enhances the sun’s colors in our vision.

Unfortunately, this theory has been vehemently denied by Dr. Mahmoud Shaheen of the Meteorological Association. So, let’s start on our prayers, just in case.

Another theory, which we hope for the MENA region’s sake isn’t real, is that the sun turned this impressive shade of red because of nuclear reactions.

Naturally, we find this terrifying, but if it happened, it wouldn’t qualify as strange. The explosion notably did affect the radiation machines in the National Cancer Center.

Knowing what happens to any place that gets the nuclear treatment, we can tell things might be bleak, in a Little Dystopia sort of way.

Since the blood-red sunset happened a day after the unfortunate explosion we all saw and heard about, people were drawn to connect the two together.

“It’s a sign from God“, some said through social media. “Because of the cruelty, we’re committing towards each other.”

Theory #4: Nothing Is Actually Happening

There’s, of course, one last possibility that everyone always forgets or hides under the rug at the end of the day. Nothing is actually happening. 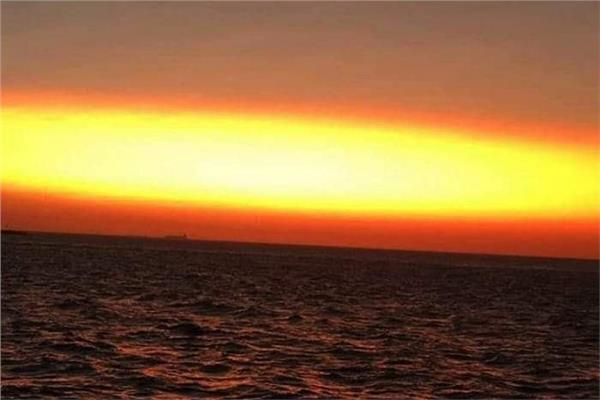 Now, this theory is often overlooked because it’s all too normal and bland and takes away all the magic from preparing for a possible apocalypse, but we still have to consider it.

Sometimes, it really is just as simple as it looks.

Until something more actually happens and we have reason to wonder or panic, we should stick to doing our own thing for now.

Believe us. If the apocalypse happens, we’ll be the first to tell you.