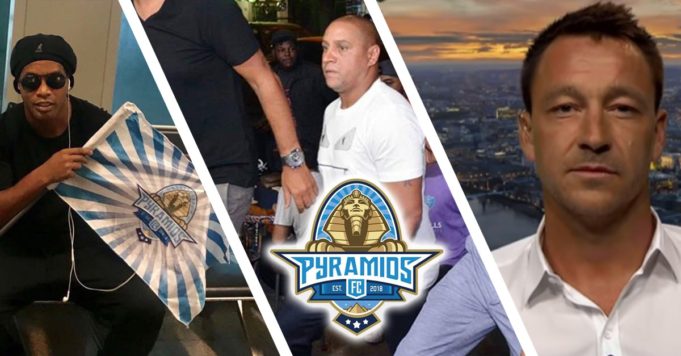 Recently, Pyramids FC took over “El Assuity” club right before the start of the football season, raising many eyebrows in the process. And all of a sudden, El Ahly and El Zamalek have real competition that might put an end to their timeless monopoly of the Egyptian League.

Pyramids FC did not just form a solid football team with their Mexican coach and Brazilian players, they might be creating an empire.

Their new channel bought the streaming rights for all Pyramids FC matches, along with some of the important Egyptian League fixtures. This is quite revolutionary for football in Egypt. 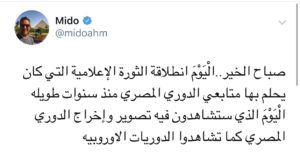 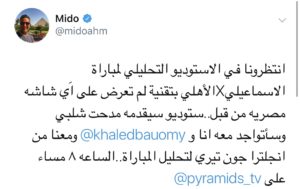 According to Mido and other sources, we might soon witness the return of the cheering crowds to the stadiums. The revolution that Pyramids FC is trying to enforce, has included some VERY important and famous football legends.

The last of those legends was Ronaldinho, the Brazilian football magician; who visited Egypt just two nights ago, to appear on Pyramids Channel’s match analysis for Pyramids FC vs Talaea El Geish, with Medhat Shalaby, Mido, along with another known international footballer, Robbie Keane. 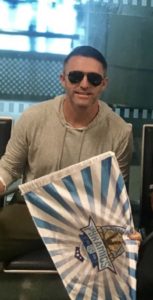 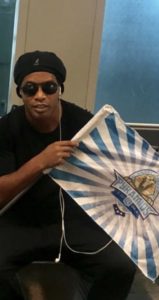 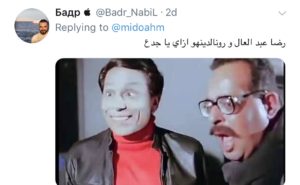 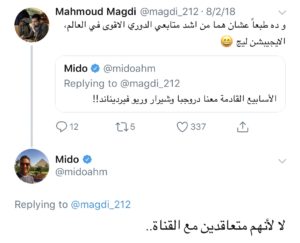 While it’s pretty cool for Egyptian football to start getting that kind of recognition from actual legends like Roberto Carlos, the former Brazilian Real Madrid player, who also appeared on Pyramids Channel last week; the whole thing still raises LOTS of questions.

How did ALL of this happen all of a sudden? Will Pyramids FC REALLY take over the Egyptian league, putting an end to the whole Ahly vs Zamalek concurrence? Will Egyptian football finally witness an actual revolution? What do REAL football fans think about all of this? Are opinions even allowed regarding this matter; considering the suspicious atmosphere surrounding it?

According to Mido’s twitter account, a match will be organized in Egypt on the 28th of October, where he, Hazem Emam, El Hadary and others, will play some of those football legends. Additionally, he said that more international footballers will be present at Pyramids Channel’s match analysis in the coming weeks – like Drogba. What could all of this be for? 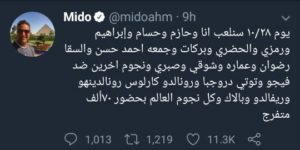 More importantly, how incredibly hard was it to get such HUGE names on a local ‘Egyptian’ channel, to analyze the Egyptian League?

It probably wasn’t a hassle for them, considering the amount of money those legends got paid. However, here comes another question; what could’ve encouraged them to finally do this? Was it really money? And why didn’t this happen a long time ago? 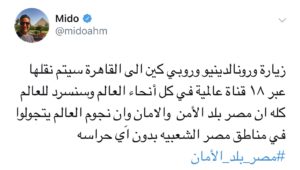 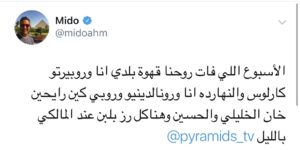 Well, being Egyptians, we always have this ‘Conspiracy Theory’ concept. We feel the suspense surrounding all of this.

However, there is no doubt that it’s incredibly interesting. Besides, football legends are now visiting Egypt and ENGAGING in the Egyptian League, and apparently promoting it as well.

That’s great, right? We’ll just have to wait and see!