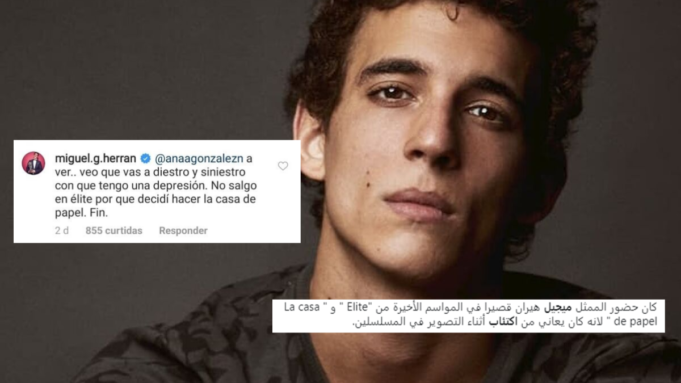 Recently, several posts have been going around the social media train stating that Miguel Herrán, the actor famous for playing Rio in La Casa De Papel, is suffering from depression.

No, not a depressed period but rather a depression so severe he’s making potentially life changing decisions.

What Happened + A Little Background Info

People who have followed Herrán’s work (or, let’s be real, online-stalked him after his international renown) might have stumbled across a concerning video. One that shows the actor openly crying on Instagram (since deleted).

A video like that sparked theories of Herrán having possible depression, which he’d previously spoken about in an old interview.

“I thought I would be dead before turning 30,” Herrán had said. He then went on to mention how he saw his future going if he hadn’t gotten a life-changing audition.

The actor had also suffered from vigorexia, a body-dysmorphic disorder, when he was younger, leading him to never being happy with the way he looked until recently.

Given the history and the video and the fact that Herrán’s role in Elite has been greatly reduced, many fans were quick to point out the previously-thought fictional depression theory.

Thankfully, Herrán has found the time to correct the rumors on Instagram.

Now, we know it’s important to talk about mental health and that there’s been a lessening of shame or stigma. However, it’s even more important to not get the rumor mill going.