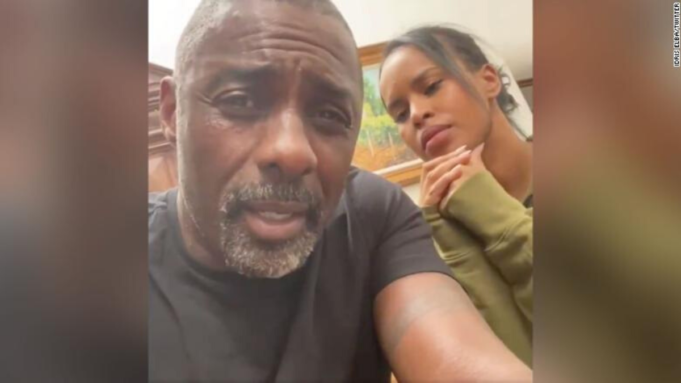 When Idris Elba posted a video announcing he has the Coronavirus, many people were upset because Elba is a fan-favorite. Others were shocked and worried because he mentioned having no symptoms.

But a third party noticed something strange in that video. Sabrina Dhowre-Elba, Idris’s wife, sitting next to Elba and keeping no sort of distance away from him.

This is why when Sabrina Elba announce she had the Coronavirus, no one was surprised. However, when she said she didn’t regret it because she wanted to be with her husband, she got a reaction no one expected in the form of online shaming.

See, the minute the news came out, many took to online platforms to criticize the woman for what they deemed as “a reckless, socially irresponsible behavior”, citing that Sabrina should have quarantined herself elsewhere.

We won’t ask you what you think the woman should have done. Actually, we have a very different question here. Is Sabrina’s act even that bad or is just another form of selflessness?

Before you start badgering us about encouraging these kinds of behaviors, let’s begin by telling you that even if Sabrina Elba wanted to be with Idris to support him in this tough time, she should have taken special care measures.

If she didn’t want to quarantine elsewhere, then she should have socially distanced herself by being at least six feet away and following WHO-issued protocols.

The thing is, we don’t know exactly what Sabrina did. She may have practiced every form of social distancing and still got sick. And that might have been the same result, had she quarantined herself away too.

We don’t mean to discourage anyone, but things like these sometimes happen and when they do, we’re not supposed to judge the victims of these circumstances.

No one knows what they themselves would have done if they were in Sabrina Elba’s shoes. All we know, though, is that no one would like to be judged vehemently for an action they took in trying circumstances.

There’s no point in shaming the woman or calling her actions “reckless” or anything of the like. This pandemic is already hard enough, let’s not make it worse.