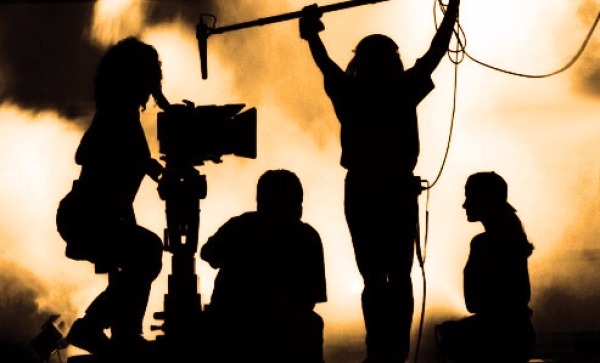 It is so confusing to see the amount of positive feedback Egyptian movies are receiving from the public, when there are so many trends in them that are hurting society as a whole. What is the Egyptian moviemaking scene misportraying, and what are the consequences of such deliberate anomalies to the Egyptian well-being and culture?

Homosexuals are often represented by either prison rapists, pedophiles, or perverted old married politicians who frequently have a male sex worker by their side. Another jaw-dropper is the immensely common belief amongst movies that STDs are generated only by gay sex, as HIV-diagnosed characters are often portrayed by homosexuals.

Movies that have attempted to capture atheism in Egypt over the past couple of years seem to have failed remarkably as well. People who don’t believe in creationism are played by characters that are most of the time either drug addicts, gamblers, corrupt businessmen or mafia leaders. There’s a revolving idea that atheists are so because they want to drink, have sex and party everyday without facing their conscience concerning God. The same downsides apply here as to the above situation; the fact that this produces an “us versus them” mentality where religion followers constantly believe they’re better human beings than non-creationists, allows more discrimination to occur.

THE most common case of unfair portrayal and discrimination in Egyptian movies. Females are continually depicted as mere objects. They’re always playing secondary and supportive roles as either mothers, sisters, wives, lovers or prostitutes. It’s very rare that you find a female protagonist whereas the movie is genuinely about her, and not about the significant male in her life and his impact on her in any way. Countless slurs, slut-shaming, fat-shaming, objectification and undermining of the female potential seem to be a common theme of Egyptian movies. This too gives rise to incorrect cultural guidelines and supports the patriarchy in place.

The class categorized slightly above the middle class (which is considered the “Rich” as a result to the prevalence of extreme poverty in Egypt) are often portrayed as careless, alcoholic/drug addicted, promiscuous bastards who do nothing but host booze-filled parties everyday and hang out with their mistress. The poverty-stricken class, on the other hand, is also misrepresented. Being characterized as junkies, kleptomaniacs, rapists, killers, and psychopaths, rather than the actual state they occupy of simply poor. We could apply the labeling theory here, which briefly states that if someone is tagged with a certain label (that is often negative) whether or not it’s true, they will act on it at some point. So the case here would be painting a picture that every poor person steals; the actual person who doesn’t really do this is so incorporated by this idea and the effect it has on his socialization process in everyday life, that he might actually act on it.

In brief, whether you agree or disagree to all the principles just listed, it’s no secret that the Egyptian media scene is anti-positive reinforcement, and to put it mildly is falling short of fairly representing the identity’s of the characters it is portraying.