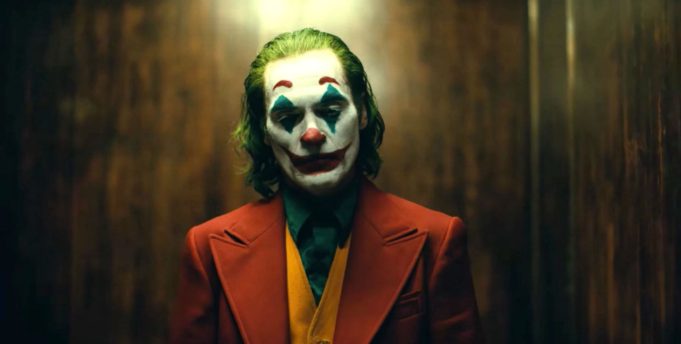 We’ve heard many reasons why you should be skipping the “Joker” movie. The biggest reason was that it’s too violent and gloomy. But how about skipping it for, well, disappointment?

Before jumping to any conclusions here, let’s discuss some of the many aspects surrounding the latest depiction of the comic-books joker character.

We went to see the movie and we initially intended for this article to be a typical review. However, the experience of the movie itself, in addition to the huge waves of hype over it, made more sense as an article.

The first thing that caught our attention was the title. Why is it named “Joker” and not “The Joker”? First we thought it had to do with the universal element, and how it’s not a phenomenon in itself and that we’re all jokers and stuff.

However, thirty minutes into the movie, the title made sense. It wasn’t about him being “The Joker”, it was rather the “ethos” or the behind story of how he rises to this character. So, we were off to an interesting start!

Although some redeemed the movie “boring,” this wasn’t the vibe we got at all. However, we understand why some would feel that way. The movie mainly employs the dramatic element more than anything else. So, you would feel like not much is happening.

We were mainly psyched as we were super curious to see how Joaquin Phoenix, whom we’ve gradually come to regard as one of the best American actors, would approach the role of an evil comic-book clown.

But the minute the movie starts, it puts you on an emotional roller-coaster. For all we know, this wasn’t boring but exciting!

Nevertheless, upon the end, the movie left us feeling a bit drained and emotionally exhausted.

However, with this version of the joker, it’s problematic. And here’s why:

People are not well accustomed to the idea of the “Anti-Hero.” That is basically what the whole movie is about. We are used to seeing the “Joker” character in the context of good versus evil. But the evilness this time, was a one man show!

The daddy issues, fear of abandonment, social alienation and shame were all the magic components of the perfect “Anti-hero” aka the “Joker.” The film made it seem like the world gave him no choice but to become evil.

At the end, we don’t see good ascends and we’re not for examples left at a cliffhanger. On the contrary, with Gotham’s dire conditions, we witness the “portrait of an artist as a young murderer.” And we could pretty much guess what happens next.

The movie’s focal point, and for the first time, was the personality disorder behind the joker’s character. When Arthur Fleck is failed by the people and failed by the system, his weapon of choice becomes, of course, his “mask” as a joker.

Like any other mask, it is always meant to hide something. In the case of Arthur Fleck, it is the feeling of…shame.

It is only when he commits his first killing that he feels alive again and visible to everyone around him. Consequently, it was the first time he felt worthy of having a woman. His manhood entirely riles on violence!

Through in illusions, dissociation and compulsive laughter and you have a fully-developed psychological complex of a character in front of you. A character that is to become the face of the upcoming revolution….

Positioning the movie as the complete opposite to Heath Ledger’s joker for example or V for Vendetta’s villain (speaking of revolutions), Arthur Fleck is too silly and naive to have any philosophical or political agenda!

The way we see it, it’s definitely a new approach to the legendary symbol of the joker. It was different and surprising in every sense of the word.

But overall, we can’t help but say that we’ve expected more on every level (except for the acting, of course) and especially given the huge hype and propaganda around it ever since it was announced.

What do you guys think?