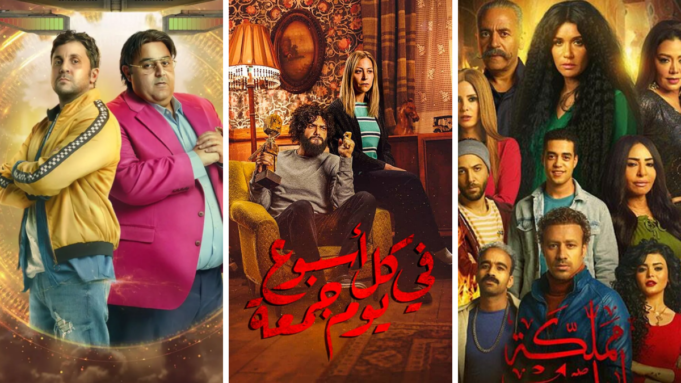 We all know none of us has been excited about Egyptian TV shows for a hot minute. If you take a look at any show from the past couple of years you’ll get why our entertainment is under fire.

We’ve basically had nothing but one load of recycled plot after the next. While sometimes it’s easy to understand why some scripts don’t get made, that doesn’t mean that whatever is happening now should go on.

So, now is time for the good news. Shahid released some Egyptian shows and this may very well usher in a new direction for Egyptian entertainment.

As a perpetually skeptical viewer, you may think this is just one of those journalistic stretches but we promise you it isn’t.

These originals are actually doing interesting things to the now-stagnant ideals for plot, characters, and dialogue.

That makes an awful lot of sense when you realize writers Fady Abouelsouod, Ahmed Saad Waly, Mohamed Amin Rady, and Eyad Ibrahim are the ones behind them.

Other than the fact that these writers and adapters are great at weaving an intriguing story, the added factor of being given free reign to be as adventurous as possible would make any work breathe.

See, writing for TV is particularly tricky because sometimes the plot can get too much too fast and it may not fly with the censors.

And with heightened senses of gore in shows like Fi Kol Esboo3 Youm Gom3a, we’re sure this is one of the shows that would have been tricky to air.

Other than navigating tricky guidelines and introducing original content with daring elements, these shows will also have the added perk of spreading actually good shows over the entire year rather than having them all compressed in the Ramadan season.

The pros also include the fact that now that TV shows won’t have to only rely on media fervor to get produced, several fresh faces will finally get their chances to go far in their careers.

Where do you think this new direction will take us?