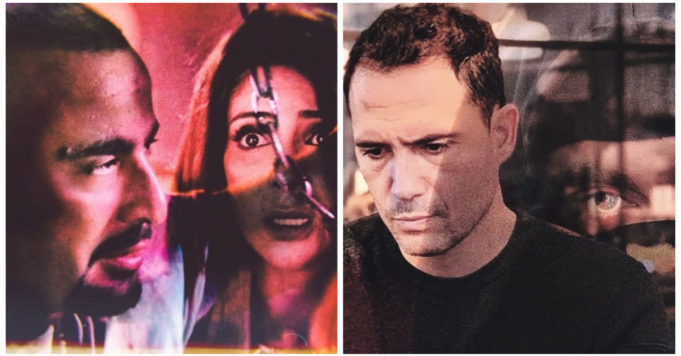 Since the start of November, Egyptian actor Ahmed El-Saka has been promoting his new upcoming project titled “El-3ankabout” (The Spider).

The film is reportedly going to be like a ‘reunion‘ movie for him and Egyptian actress Mona Zaki.

Our favorite on-screen couple last starred together in a film titled “30 Youm” back in 2016, where they were joined by Sherif Mounir, Nour, Mervat Amin and Ragaa El-Gedawi.

So it was an all-star cast.

And while it remains unclear what “El-3ankabout” is about exactly, we can safely say that it’s going to be action-packed, and with a lot of thriller vibes. Some sources have revealed that El-Saka will be playing the role of a very dangerous drug dealer.

But even though it has not been confirmed yet, we still can see how there’s a huge possibility of El-Saka actually playing the villain in this movie. And honestly, we can’t wait!

However, the most obvious and main reason we’re anticipating this particular film as much as everybody else, is the fact that the famous Egyptian duo, Ahmed El-Saka and Mona Zaki have worked on a good number of movies back in the early 2000s that almost always topped the box office as well as our watch-list!

They first joined talents on screen in Mohamed Henedy’s “Seidy Fel-Gam3a El-Amrikeya” (1998), and portrayed a love story between a young couple in a TV series that aired in the same year, titled “Gawaz 3ala Wara2 Solifan“.

So in conclusion, Ahmed El-Saka and Mona Zaki always make a great couple on screen. And we can’t wait to see “El-3ankabout” because it doesn’t just look like a huge production already, it’s also bringing back Egypt’s favorite duo!

The actors will reportedly be joined by Reem Moustafa, Yosra El-Lozy and SURPRISE SURPRISE; Dhafer L’Abidine! “El-3ankabout” is written by Mohamed Nayer and directed by Ahmed Nader Galal.

Are you guys excited about the movie as much as we are? And what are you most looking forward to; the reunion of the famous Egyptian duo or Tunisian actor Dhafer L’Abidine joining them for the first time?