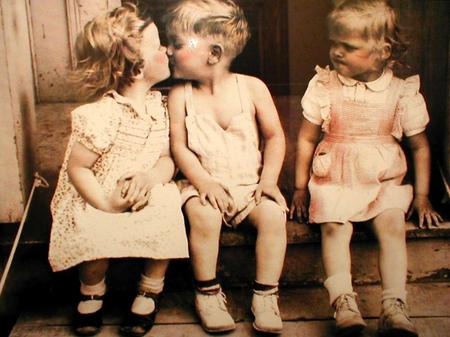 If you have an Egyptian mother, then she probably told you “homa 3’airaneen menek” when your friends fought with you. As kids, we always thought this was because our mum thinks we’re the best kids on the planet. The older you get, you realize that’s the case. The problem with jealousy is that you can’t talk about it and you have to tip-toe around it. You can’t tell a jealous person “you’re jealous,” because you’ll seem egotistical. Sometimes you start doubting yourself, because you think you might be delusional.

Jealousy is caused by insecurities. You could have something that your friend doesn’t have, and they get jealous. You could have nothing, but you know how to deal with the nothingness, and your friend gets jealous. Whatever the case is, someone will eventually be jealous from you about one thing or another. It’s not your fault, and you shouldn’t feel bad about it. You just have to know the signs so you’d avoid the jealous person and the negativity they cause you.

-They disappear from your life without any explanation

A very common way people deal with jealousy is to cut the person they’re jealous from completely from their life. While this might be a good way, because they save you the effort to cut them off yourself, it leaves you thinking that you’ve done something wrong. You doubt yourself, and you do everything you can to get them back. Here’s the beef, they be jelly! Let them go, and let them deal with it themselves. No one cuts anyone from their life without a given reason, unless it’s jealousy!

This is the perfect way to get your bubble burst. They never give you a complement and they never admit that you’re actually good in anything. If you got a promotion, for example, they’ll say it’s because your co-workers are terrible. This type of jealous friends aren’t actually aware of the fact that they’re jealous, and subconsciously attack you so they’d feel better about themselves. If you keep these friends around, you’ll never feel that you actually deserve anything good!

-Showering you with complements

That’s the exact opposite of the ones above this. These ones are actually aware of their jealousy, and they’re afraid it’ll show. They’ll keep pretending that they love and support you and that they’re happy with everything you’ve accomplished. While this might sound like it’s not such a terrible thing, it’s actually the worst type of jealousy. These people will make you feel uncomfortable, and most probably talk bad about you behind your back. Their fakeness will reach you, and you’ll feel that you can’t trust them, but you can’t actually pinpoint anything against them.

You talk with them about something, then you find them talking about something else completely. Their defense is that they “have a short attention span.” That’s B.S! They actually listen to everything you say, but they decide to talk about something else because they want to make you feel worthless. If you remind them of something you talked about before, they’ll probably claim they don’t remember, so you feel forgettable and unimportant. These ones are sneaky, and manipulate your confidence level.

-They criticize you without any advice

I’m all up for “tough love” and constructive criticism, but that’s not the case with these people. They just disagree or argue with every life decision you make, without giving any solution. You’re in a new relationship? That guy isn’t good for you. Why? Just because I said so! They just want to downgrade your confidence and make you feel like they know it all!

-No support, at all!

Usually this happens with the ones you’re there for the most. As soon as you need them, they’re nowhere to be found. They’ll either have a fight and leave you without support, or claim they’re busy. Whichever the case, the ones you’ve been there for will never be there for you when you need them most.

No one should ever doubt themselves just because people around them are jealous. Think of your friend’s actions and be smart about the way you deal with them. And always remember, haters-gonna-hate!