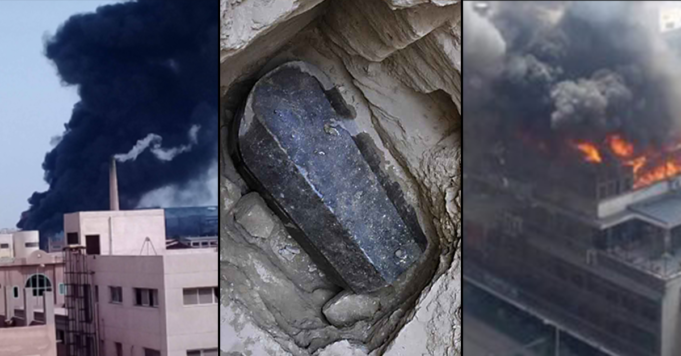 Conspiracy theories tend to be extremely popular and ever changing. We all heard about Alexander’s tomb opening and all the end of world theories Egyptians had to say about it. Out of all the conclusions found, the tomb having a curse was the most popular one among Egyptians. If only we knew joking about Alexander’s curse would bring out so much bad luck, we would have been ready earlier!

Within the span of 24-hours, Egyptian streets witnessed a lot of accidents and emergencies of different kinds starting Monday night and continuing to the following day…

The most recognized incident is the major fire that went out in Al Mosky street causing a 6 floor mall and several surrounding businesses to burn down. After around seven hours and the help of 14 fire trucks, authorities were finally able to set it out.

Unfortunately, this was not the only fire incident today after a big paint factory in Borg El Arab caught fire this morning. City officials were able to stop the fire with absolutely no casualties; however, that does not change the fact that financial losses were present. 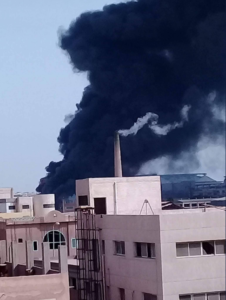 Moreover, the curse did not end there. Videos of the well known hangout spot–  Princess Café in Tagamoaa sinking after a major water pipe exploded were shared all  over social media. The excess water caused a power shortage, the surrounding cars to sink and difficulties for people to leave. 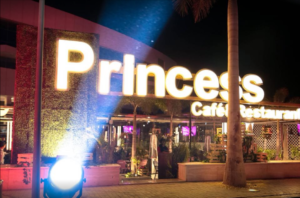 Several road accidents were also reported which include the death of a driver and injuries of three others due to a car accident in Souhag, a 75 year old man found dead after being hit by a train in Souhag and a driver found dead after his truck flipped over on the road.

Finally, the most recent incident just happened few hours ago when a fire started in the Trade Union located on Ramsis Street. Firefighter forces hurried to the location, in hopes of trying to minimize the damages as much as possible. 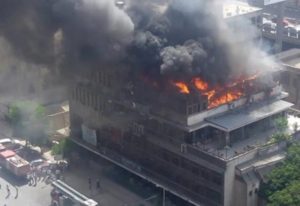 While there is absolutely no linkage between all these incidents, precaution is never a bad choice! Next time you hear about a new tomb discovery, pack your bags and go for the vacation you’ve always been dreaming of- preferably so far away.