Identity Magazine
Home Entertainment Jumping on the Trends: Is the “Hair Treatments” Hype Worth it?
Facebook
Twitter
Google+ 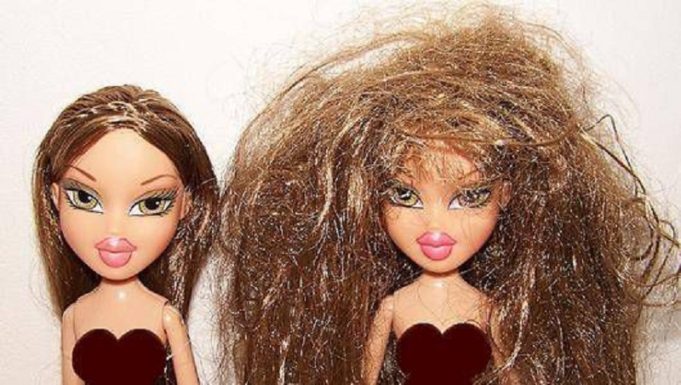 One of the top beauty trends in Egypt now is “hair treatments”. You pay thousands upon thousands to get supposedly beautiful hair, but is it actually worth the money or is it just a hyped expensive process?

I have never been the person who cares much about their looks, and certainly not a person who would spend thousands on it. At the same time, I get easily bored with how I look, and I reached the point of changing hair colors every month, at least.

Just like you would expect, my hair got fried from all the years of dying and bleaching. My hair was damaged to the point of me being embarrassed to go to hairdressers anymore.

After complaining about my hair to a friend, she suggested getting my hair treated at a salon, which I absolutely refused.  But desperate times call for desperate measures and I decided to google the treatments.

All the sources were written by international platforms and none by Egyptians – unless it was obviously paid for which I would not trust. And because I take my job seriously, I went out and tried the hair treatments in Egypt and I will be writing about it!

First, I went to a trusted friend who has been getting her hair treated, and she recommended a place called Capelli Beauty Salon, in a mall called Exit 14 in Zayed.

It was my first time visiting the place, and I decided to actually decide if I’m getting the treatment there or not after talking with the people who work there.

Unlike other hairstylists, the man I spoke with, Ahmed who is one of the owners, did not shame me for my hair. He just gave me a few options for treatments and discussed the whole process of each, including the aftercare.

Before we get into the process, you need to know that my hair is naturally curly, shoulder length, chemically damaged, and was dyed in dark denim (blue) color.

The treatment we ended up agreeing on was mostly to reduce the frizz in the hair and to reduce the hair “curls” that look like a fro. Due to the condition of my hair, they had to customize the treatment, so it doesn’t have a particular name.

The process, however, was similar to the Brazilian blowout, but the formula they used did not have any keratin in it. It is also supposed to last for 6 months up to a year, depending on how well I take care of my hair.

Before the process started I got a few warnings.

First warning: My hair color will be horrible

Second warning: I will not be able to dye my hair until a few days

Fourth warning: I must continue washing my hair with sulfate free shampoos and conditioners

All the warnings made me want to run, but I was in too deep and had to continue.

And now the treatment started…

The treatment process started around 3 pm, and ended at almost 9 pm. If you get easily bored like me, hang in there.

Horrible! I have four tattoos, and I did not feel anything while having them. Yet the pain for the process had me tear up at some point. WITH THAT SAID, according to everyone who’s had their hair treated, it’s a first time thing, and if I have it redone, it won’t be as painful.

Before anything, I was very skeptical about this. I honestly wanted to debunk the hair treatment myth. But to be honest, my hair was so damn fluffy and shiny. With that said, the hair color was hideous and I had to live with it for four days.

The results were visible, but I could not judge it until it’s washed and left to air dry. It was still fluffy and shiny, and straight with very slight waves.

After four painful days of having orange and blue hair, I went to finally get it colored.

I was very limited with my hair color choices, due to the fact that my stylist refused to lighten my hair. We made a pack to start working on getting my hair healthier so I won’t get to need the treatment again.

We agreed to a dark red color, which I was hesitant about, given that the haircut I got earlier was a bit too “professional”, I was scared of the color aging me. But the hair color ended up suiting me and made my hair look even healthier.

With my damaged hair being a transformation challenge, they took permission to use my “case” on their social media and took a video of the whole process.

Judgments on my previous hair are not allowed in the comments, thank you.

For those who wanted me to debunk the hair treatment myth, I’m sorry to disappoint you. They do actually work.

Did it look like the best hair ever? No.

But did it look way healthier? Yes.

Is it worth the money? If you can afford it, then definitely.