Identity Magazine
Home Trending Just When You Thought It Couldn’t Get Worse, Autotune Implant Is A...
Facebook
Twitter
Google+ 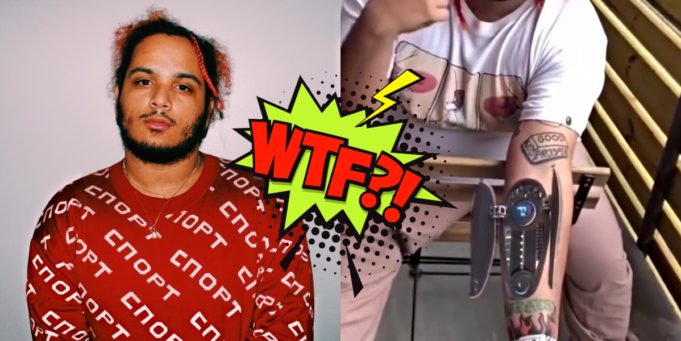 Hey if you didn’t know it yet, we just shifted to the future. But it’s bloody scary so far. If you’ve been thinking that it couldn’t get worse, actually it did! In a generation of autotune rappers (Future, Lil Wayne, Kanye West, Travis Scott, Offset..etc), there’s a rapper who recently popped out of the technology box.

Rapper Nessly is taking Hip Hop to a whole new level. He recently got a $250,000 autotune implant in his arm to alter his voice whenever he wants. Yes your read it right. It’s sure damn crazy, right? Antares Autotune is one of the most well-known plug-ins used by musicians across the planet to help transform their vocals either subtly or dramatically.

Before today, we had never heard of autotune implants. But Nessly appears to be one of the first to wear the hardware on his sleeve, literally. He shared a video of himself casually opening it up and singing in his altered vocals. Take a look in the video below!

Who Started Autotune And Was It Made For Musicians? 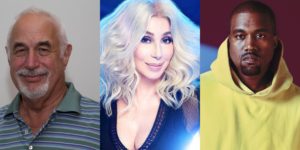 If you’ve been wondering. Dr. Andy Hildebrand is the inventor of the voice pitch-correcting software called Autotune. The first song published using autotune on the vocals was the 1998 hit “Believe” by Cher. Many believe that this song changed music forever and populated autotune. Then artists like T-Pain, will.i.am and also Hip Hop legend Kanye West used it in most of their acclaimed music and numerous hits.

When asked why so many musicians have accused autotune of ruining music, Hildebrand replied that autotune was designed to be used discretely, and that no one needed to know that any software correction had been applied to vocal tracks. But do you think it is really worth it? 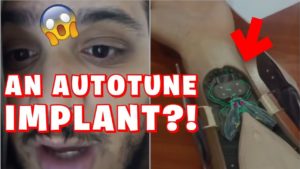 Actually no one knew who that guy is till he posted the autotune implant video, receiving a lot of views along with controversy. Nessly says he’s the first to have gotten the implant. But will that even make him famous? We’re yet to know. The video has been shared all over social media with people questioning whether or not the rapper is trolling. Many people are assuming that the implant is fake. Cause who would do that anyway? But lately the rapper went Live on Instagram to prove to everyone that it’s actually REAL! Check the video below.

Will This Be The New Trend or Just Another Quick Fade? 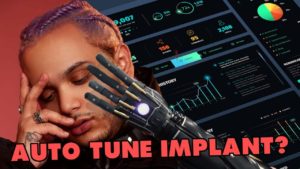 Let us hope for the best, because normally autotune is not the best way to make music. Some might consider it a revolutionary or game-changing technology to deliver robotic/futuristic vocals. And some label it as the ‘Death of Music’. Mostly, it’s considered a gateway for untalented artists to hide their lack of talent and polish their sound to be able to release music and crash into the hall of fame. And for real. If you didn’t know it.

Many artists who use autotune already got many global hits like Rapper Travis Scott who has been seen a lot on the worldwide charts in 2018. And before this, artists like Kesha built their career with autotuned hits. But implanting autotune in your arm is a huge scary move. No one has the guts to do it, right? but you never know…

As you can see, true talent is nowhere to be found in the age of technology. And since autotune implants are actually REAL, where do you think this will lead the music industry? Will it be a game-changer that would take it to a whole new level? Or just a trend that will let untalented artists hide behind it? Let us know your opinion!