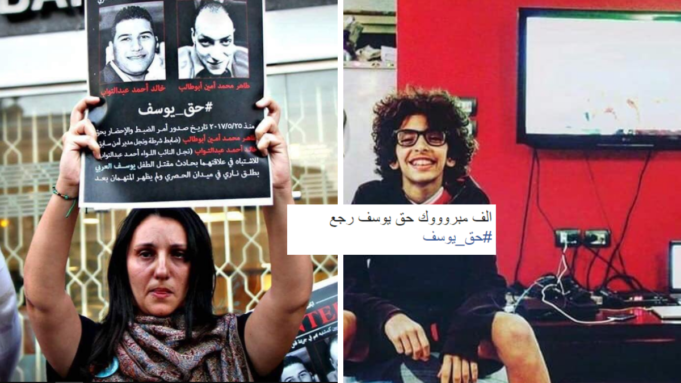 There’s no expiration date on justice. Sometimes the way we’ve been wronged or oppressed feel like a dead end, but there’s always a chance we’ll get the justice we truly deserve.

Don’t believe us? Then believe Marwa Kenawy, Egyptian advocate and mother to Yousef El-Araby, the boy who was wrongfully murdered two years ago. She’s finally gotten her justice.

Two years of advocacy, internet campaigns, and a food strike all led to this.

When Yousef El-Araby was accidentally murdered a couple of years back, Marwa allowed herself the grief but didn’t allow herself to back down from what proved to be an all-consuming fight.

Instead, Marwa geared up and did her best so that her son’s killers, two of whom had been on the run until May of 2019, would get what they were due, so her family would have peace.

This phenomenal woman hadn’t stopped at that, though. No, Marwa also made it her personal responsibility to combat bullet-shooting at ceremonies, the harmful tradition that directly led to the awful murder.

She started a campaign against celebratory gunfire and made it something of a mission to help others before it was too late, visiting schoolchildren in various provinces to educate them about the dangers that came with this harmful habit.

Marwa’s strongest stance, though, came when she announced her hunger strike, which she mentioned she would not quit until the two runaway killers were brought to justice.

Although her health had also suffered during the strike, Marwa only quit when the two gunmen were absently sentenced, citing that as a small victory.

As for the great victory, though, she’d been pleasantly surprised that her son finally got the justice and peace he’d deserved, never giving up once even as the accused pulled all the tricks they could in delaying their trials.

If this story tells us anything, it tells us that justice can and will be served.

It tells us to never back down because we can win in the end, even if everything seems hopeless. It tells us that cases like Mahmoud El-Bana’s can also get the justice they deserve.

We hope this upturn in events can create a ripple effect and reach other cases.