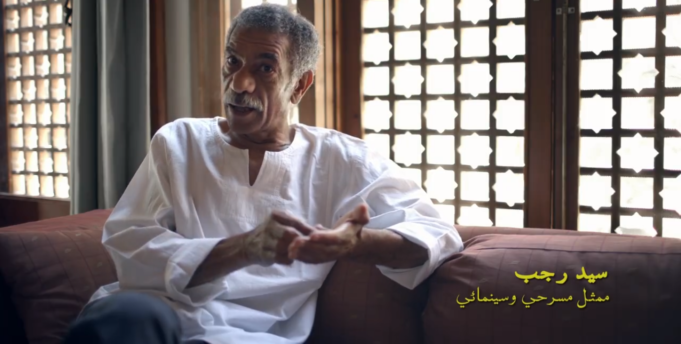 We always stress over being the number one. Our parents raised us urging us to rank 1st in class, grade, and maybe even entire school and the whole country. Why is being number one the most important thing in almost everything? Who says who is number one?

Nady El Video produced a video dedicated solely to this topic of being number one. Said Ragab, an Egyptian actor, started the video with an exclamatory statement: “Who assigns number one and based on what?” He was asked mainly about the cinema and theatre field, and there’s a valid point to his argument. Maybe I like someone’s acting more than the other, that doesn’t mean that one of them is worse than the other.

People usually say if you are confused between two people always choose the second, for if you truly loved the first, you would’ve never went to the second. The second wife in the video though discusses that she sometimes becomes uncertain of her husband’s love to her. He claims that he stopped loving the first one, but where is the truth? She can never know.

One of the fans of El Ismaili Soccer Club, discusses his main issue with media. Saying that the media portrays and supports nothing and no one but the first, and this leads to resentment between different yet similar people. He points out that even when the shows interview an Ismaili player, the first question they ask is which club does he like more, Ahly or Zamalek? He plays for Ismaili, what do you think?

A ballerina stated the most important statement among the others. “Once you can see your true self in the mirror, that’s when everything gets better.”

Take a look at the video below.