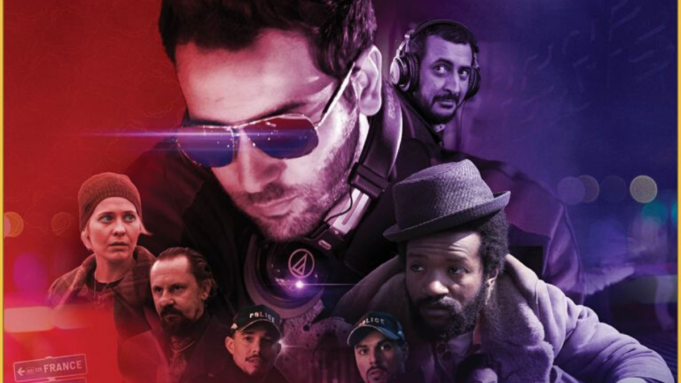 When news about Karim Kassem starring in the Luxembourgish-Egyptian production, Sawah, came out, we couldn’t deny we were interested.

It’s not that often we get to see Egyptian actors branching out to European cinema, especially not as leads of their own movies. So, naturally, when Sawah, winner of several film festival awards, hit Netflix, we immediately checked it out.

And we know why you’re reading this now — you want to know whether to check it out too or not. Don’t worry, we’ll tell you all about it.

The semi-autobiographical Sawah begins with an all-out ultimate party on a Nile-front place where club and felouka lights meet. The scene is fun and all-English…until that illusion is broken by cops breaking the party, right after our protagonist Samir (Karim Kassem) wins a chance to represent Egypt at the “DJ world cup”.

Against the backdrop of the January 25th Revolt, Samir travels for the contest but lands in Luxomberg instead of Belgium due to a workers’ strike. Samir finds another Arab man in the airport and the two hurry to find a bus that will take them to Belgium.

Unfortunately for Samir, who happened to get out of the bus during a break at a gas station, he ends up getting arrested at a gas station, consequently getting detained with all of his stuff and ID papers on a bus to Belgium.

As Samir grapples with his new normal and a country he’s never heard of before, he meets a wide-cast of characters, most important of whom is Daniel (Eric Kabongo), his opposites-attract companion. The duo fight and bond as they try to deal with multiple shenanigans, villains, and one exciting race against time.

In Sawah, we have a wide range of characters but our protagonist is as clear as day. Samir Ibrahim (aka DJ Skaraab), an aspiring DJ who leaves Egypt just pre-revolution for a DJ contest in Belgium.

Despite not seeing Samir for more than approximately 3 days in the movie timeline, we get to understand a lot about him. His tumultuous relationship with his dad, a once-aspiring singer and now a harsh realist, and his relationship with his friends and girlfriend in Egypt set the tone for who he is. Talented, ambitious, loyal but not to a fault.

On his Luxembourgish journey, Samir meets a lot of people from social worker Elva, the only good European in the film, to the incompetent racist cops to a gang who wants him dead to Daniel, a Congolese immigrant and partner-in-(unwilling)-crime.

Daniel, the only other character we spend a lot of time with, is a morally grey man who Samir doesn’t trust because of his dealings with the gang. However, as the story goes on, Samir and Daniel discover they have a lot in common.

In fact, one of the few things they have in common (i/e: being an African immigrant) sets the tone for the movie’s big theme: Being an immigrant, being lost and not knowing just where to go, exactly as the title suggests.

Even though this is a comedy, we see many aspects of the typical immigrant’s life in Europe. Including prejudice and the fact that sometimes they have to do things they don’t necessarily approve of to survive.

As far as movies go, Sawah is interesting. It has a story to tell and it will do it in the fun comedic way. While watching, you may be a little reserved when it comes to the realism aspect. You’ll have to take director Adolf El-Assal’s word for it, though, because, well, this is a semi-autobiographical story after all.

Sawah is refreshing to watch. While you can tell it’s personal, it’s one of the stories that doesn’t try to take itself too seriously. It prefers to just depict life like it happens in reality. A whole lot of comedy, a few mishaps, some tragic moments, and an open ending.

Action-packed, comedic, and family friendly all in one!