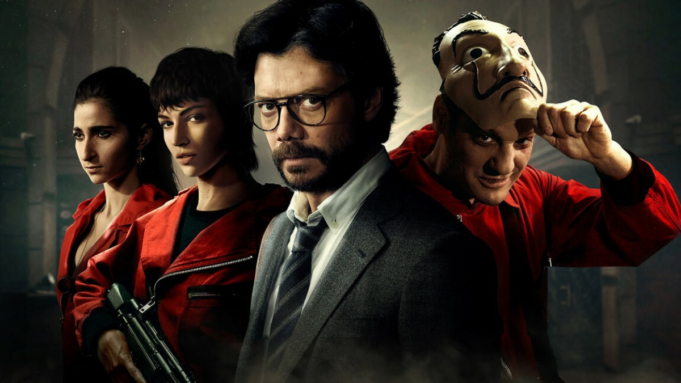 In this boring quarantine, good TV has readily proven time and again that it’s our constant saving grace. We binge-watch when we wake up and while we eat and before we sleep, but we’ve all been waiting for that one show to come back again.

And come back, it did! It’s this time of year again and we have another season of La Casa de Papel to analyze to death for weeks to come. And don’t worry, we’re there with you!

Every season, La Casa de Papel wows us with its plot, right? This is what had us hooked in the first place. What, with El-Profesor’s wits and Tokio’s recklessness, we couldn’t even tell what was going to come next!

This season, the magic continued with eight, intense episodes that pulled the rug from underneath our feet every single time as we discover just how big the scale is this time around.

In this season, our favorite band of merry criminals continue where they left off in Season 3 as they try to save Nairobi by pulling the greatest feat of online learning, while the Professor deals with Raquel’s apparent murder. Then, a fight over leadership with Tokio splits Palermo away from the rest of the gang, which instigates the biggest chaos of the show so far.

This chaos begins with the Professor falling into some dead-end situations as he deals with grief and realizations and doesn’t end as the gang has to manage infighting and horrifying cat-and-mouse chases, both within the bank and outside it.

All of these developments take the Salvador Dali Bandits into an unprecedented level in their criminal lives as the havoc they caused finally catch up to them and several shocks, including the death of the integral Nairobi, take place.

But wait, it doesn’t end there! Part 4’s shock ending has Raquel aka Lisbon cleverly joining the gang in the Bank of Spain, hinting at major new turns in their current operation.

If you’re one of the people who got attached to La Casa de Papel because of its characters, as we all did, then this season is your early birthday present.

In part four, we get to see even more of our main characters than we ever had before. And it doesn’t hurt that we also get a deeper insight at other, newer characters too.

Last season, whenever we got to see Inspectora Alicia Sierra, we only saw her as borderline evil and nothing else, with glimpses at her other, more human side being only fleeting. The same goes for Cesar Gandia, who we only saw as a hostage security chief.

This season, though, we got a more in-depth look at Inspectora Alicia as a real person who loves her job but isn’t willing to get stepped on and isn’t willing to back off even when she’s fired, simply because she has nothing else and doesn’t want to deal with that reality.

We also got a more in-depth look at the season’s ultimate villain Gandia, who quite literally terrorized the gang into realms previously unknown. And that’s without mentioning his casual killing of Nairobi, a known fan-favorite.

As for our core cast, we saw that everything they’d so casually done and been through after the first two seasons’ robbery is now catching up with them. Something that is starkly clear in Rio, as he only now comes to grips with his torture that rendered him unable to lift a gun to save his gang.

We also saw a shift in Monica (aka, ironically, Stockholm), as she finally realizes that maybe she rushed things with Denver, who’s in need of several changes too.

But these aren’t the only characters that had it rough this season because everyone else did too. This season, the core bandits had eyeopening awakenings as they realized that reality will set in, often in ways you never want to see.

Even though many viewers had had a bone to pick with this season over a few technicalities, La Casa de Papel’s part four answered many questions when it came to our favorite characters and their motives. It showed us just what they do under pressure and it also showed us that the journey is far from over and the pressure will amp up.

All in all, we see this season and its serious tone-shift as a layout that will be used to set the scene for a Season 5 where everything changes and the bandits don’t have it as easily anymore. With all of these sufficient villains with cards up their sleeves, we just know we’re in for a wild ride.

Are you counting the days for part five?