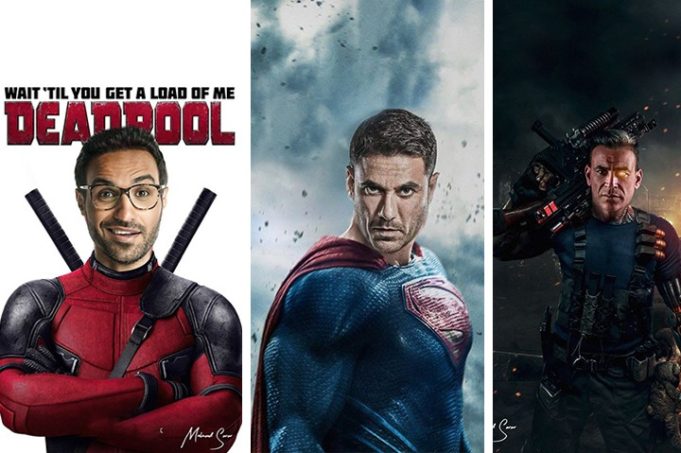 Okay, some people will say that we’re ruining the original characters, while others will insist on this not making any sense at all, but we couldn’t help but start imagining what will happen if we cast some Egyptian stars for superheroes roles, since we don’t have any! 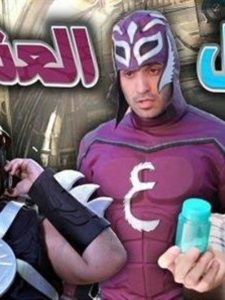 We decided to have some fun by mixing and matching our favorite superhero characters and villains, to imagine who could play them from the Egyptian world.

First, with the superheroes:

Okay, that one is not Egyptian but come on, a well built man who radiates extreme confidence and quietness? Dhafer is definitely fit for the one and only Bat!

Plus, we love him!

ATTENTION, danger zone! Of course we chose Ahmed Ezz for Superman. Who else can master the balance between the charming Clark Kent by day and action packed Kal El at night?

Someone tell Ahmed Ezz to keep away from the Kryptonite please!

Your Egyptian friendly neighbor just had to be him! If Spiderman was made in Egypt, we don’t think anyone else would’ve aced Peter Parker’s serious but funny attitude like Malek!

Doesn’t King of Wakanda Asser Yassin look perfect in his superhero Jaguar suit? Also, the mix of seriousness and humor is something Asser has always perfected. Someone warn him of Killmonger please!

Say hello to the BEST Avenger (sorry Iron Man’s lovers), we chose our one and only Amr Youssef to portray the God of Thunder, cause they just fit SO much, don’t you think?

Basha Masr will always be Basha Masr, but he could spare some time for Atlantis too, right? (Especially if he brings back the long hair)

Just look at this! Doesn’t he fit, PERFECTLY? Fahmy’s sense of humor will be the closest thing possible to Ryna Renolds, and what is Deadpool without all his funny lines?

You double-checked, didn’t you? We think Yasmine is just as badass as Black Widow, imagine what she’d do to an Egyptian Ultron for example!

Move over, Scarlett! (Don’t get mad guys, it’s a joke)

We think it’s about time the “High Dam” dumps football and joins the Marvel world, cause if Cable had a double-ganger it would be none other than our own Hadary!

Not convinced? You HAVE to see Deadpool in order to tell!

Now with some of the villains:

This guy can do anything! Like, DID YOU SEE HIM IN “AWLAD RIZK”? He was magnificent, and the thought of him portraying Superman’s psychopath enemy is making us eager for this to actually happen!

11# Mohamed Farrag as The Joker:

We’ve seen Farrag as a cop, a hacker, a drug addict, a spy, and a normal guy. It’s about time we see him in the Joker’s costume, the most significant villain there is! (He’s also really funny so it’s the PERFECT fit!)

We hope you like our Egyptianized (minus Dhafer) list, feel free to add more and say your opinion!