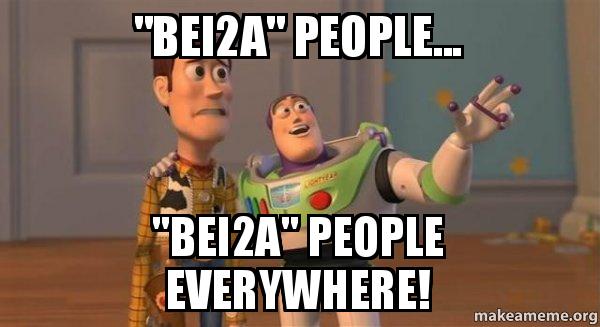 “This dress is so ‘bei2a’”; “I don’t want to go to this place; it’s so ‘bei2a’”; “Why are his printed jeans this ‘bei2a’?”; “She has such a ‘bei2a’ accent, like who speaks like that?”- It’s everywhere, and we all do it admittedly. We’re a part of this prevalent elitist trend that is becoming more and more normalized in our society.

In the U.S., there was, or rather has been if we count the current incidences of racially-biased police violence, segregation and racism. In all parts of the world, feminists are trying to put an end to sexism and gender-based discrimination. In Egypt, we have our very own local type of discrimination: bei2a-shaming.

The problem here is that all of us “bei2a-shame” almost unconsciously- it is rather done out of habit. What exactly is being ‘bei2a’ though? Who decides what or who is ‘bei2a’ and on what basis? Well, as far as I understand, being ‘bei2a’ is basically being a mixture of trashy, tacky and démodé. Who decides though which people and/or things are categorized as ‘bei2a’?

In a world with billions of human beings, each having their own taste, preferences, lifestyle and background, who gets to dictate which attributes are ‘bei2a’ and which aren’t? I do, sometimes, utter the word ‘bei2a’ and then have to rethink what I just said. The person I just described as ‘bei2a’ is simply living their life and expressing their style the way they feel is fit and in the way that makes them comfortable; who am I to simply stand there and judge? What makes me feel superior and gives me the right to point fingers and belittle others?

Sure, you might not believe that ‘bei2a-shaming’ is that big of a social problem, and is just another adjective we throw around casually. Hold on, what if attributing this quality to others subconsciously affects the way we treat them? What if it makes us view them in such a negative light that we start discriminating against them in detrimental ways in the workplace or in public situations?

On an ending note, this article was not written as a means for me to judge anyone who uses the word ‘bei2a’, because I’ve personally caught myself do it quite frequently. This article is written as a mild wake up call to a potentially brewing social and cultural problem.