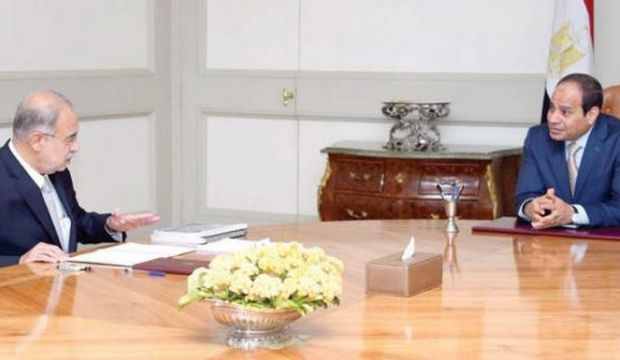 With the former Minister of Petroleum, Sherief Ismail, appointed as the new Prime Minister, Egypt’s newest and seventh cabinet since the Jan 25th revolution, swore its oath on Saturday, Sep. 19 before President Abdel-Fattah El-Sisi exactly one week after the previous one resigned.

The cabinet, which comprises of 33 ministers, as opposed to Mehleb’s cabinet which featured 34, includes 16 new ministers and 17 returning ones, three of whom are women. Moreover, it features new merges between different ministries, as the Ministry of Health and the Ministry of Population as well as the Ministries of Higher Education and Scientific Research join forces. 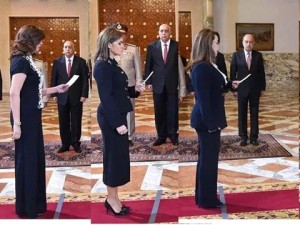 The Ministry of Immigration and Egyptian Expatriates Affairs, a newly formed ministry, is now headed by Nabila Makram Ebeid.

The cabinet is quite a short-term one as it’s only expected to keep its post till the upcoming parliamentary elections, expected to take place by the end of this year. This definitely sparks a few questions: are a few months enough for any minister to make an effective change? Is this a transitionary government of sorts? 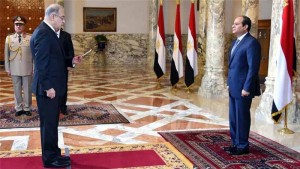 The 17 ministers who kept their posts include the Ministers of Finance, Investment, Defence, Justice, Interior Affairs, Electricity and Foreign Affairs among others.

Essam Fayed swore in as the new Minister of Agriculture replacing Salah El-Din Helal who was ousted amidst a corruption scandal and is now facing trial. Sahar Nasr, who has worked with the World Bank as a leading Financial Economist in the Finance and Private Sector Development Department of the MENA region and taught as a Professor of Economics at the American University of Cairo, has also been appointed as the Minister of International Cooperation.

During the ceremony, which aired on national television, El-Sisi also appointed a new chief public prosecutor, Nabil Sadeq, to run the post after the late Hesham Barakat was assassinated in a car bombing last June.

The head of Telecom Egypt, Mohamed Salem, also resigned on Saturday after the appointment of Yasser Al-Kady, the new Minister of Communication and Information Technology.

Commenting on the new cabinet’s appointment, Wall Street Journal’s Dahlia Kholaif stated: “With an economy hammered by years of political unrest, Egypt’s new government faces some stiff challenges.” With the recent mistaken killing of the 12 Mexican tourists, the current state of Egypt’s plummeting economy and currency, as well as the corruption scandal of its predecessor, one thing is for sure: the new cabinet will not be sailing in smooth waters.