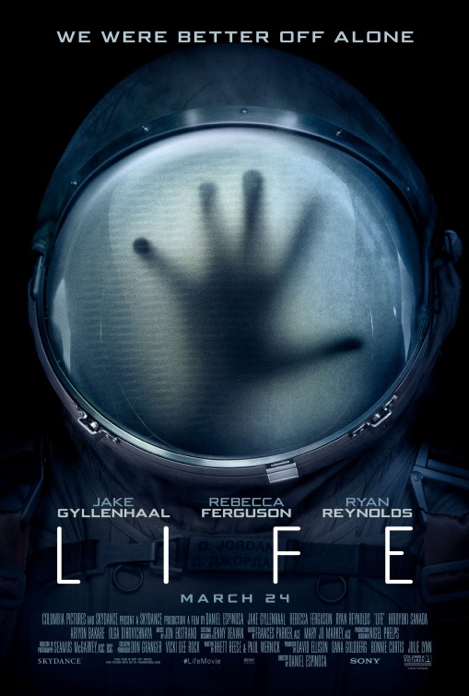 Despite its cliché script, Life had what made it interesting for us to watch. Being a co-production between 2 major studios like Sony Pictures and Columbia Pictures, not to mention the presence of Ryan Reynolds and Jake Gyllenhaal, the man with the unique choices, in addition to the absence of other interesting movies in cinemas were enough reasons for me to attend a screening of the movie. So, my plan-less Saturday night turned to a busy one.

Life narrates the story of a 6-member crew who were on a mission in space to study a capsule containing samples from Mars. The mission’s objective was to test these samples and see whether its state could be an indicator of whether or not Mars is capable of sustaining life on its surface. But things don’t go well for the crew as while testing a single cell from the sample, it turns to a predatory creature, threating our crew members, the whole mission and even our planet Earth.

You may lose count of movies having the very same plot. The Alien series, that first introduced this idea in a major production in 1979 by Director Ridley Scott, has alone 4 likely movies in its pouch, in addition to Scott’s Prometheus in 2012 and the upcoming Alien: Covenant coming out next May, not to mention many other not-so-famous movies of the same kind. Coming up again with this idea and at this timing right before Scott’s new movie was a double-edged sword. Either Life was so good that it had something new and competitive to present, or it’s just another normal space-thriller motion picture with violent aliens who want nothing but destruction and death. Unfortunately, Life was more fitting to the second opinion.

Life’s script was a new collaboration between Rhett Reese and Paul Wernick, who previously teamed up to bring us Deadpool and Zombieland, but this time wasn’t as good as their previous projects, and you could see it coming from the first minutes of the movie.

Introducing the crew members was okay, but introducing their background was absent except for the Japanese Sho and David (Played by Jake Gyllenhaal). Despite the fact that characters’ backgrounds aren’t essential in such movies, but for audience who had high expectations from the movie writers to add something new to this genre and to use the acting abilities of their talented actors, the absence of details from the script was a letdown.

The sequence of events that lead to the crisis was typically the same as the sequence in Alien; the exciting yet dangerous alien enters the spaceship under the supervision of the interested crew. It starts by getting one member, followed by quarantine orders from the person responsible for safety, then the fellow members object the order to save their suffering colleague, ending up with chaos arising and the escape of the mysterious creature, furiously wandering in the ship, spreading fear, caution and blood. This lack of creativity in the construction of the events and their order made the movie lose its expected uniqueness, causing more disappointment.

Even after the beginning of the hide and seek stage, things didn’t get better script-wise. It was so bad that even quotes about the risk the characters agreed to take by allowing the creature inside, and the aliens’ need for destruction in order to build were almost identical to Scott’s Alien and Prometheus! And the letdown carried on, making you feel you’re watching the 2017 version of Alien, not a totally different movie that has nothing to do with the 1979’s blockbuster, theoretically.

At last, we sensed some relief as things got a little better in the final chapter, where we reach a crossroads, leaving Alien there and following our writers’ creativity that was absent throughout most of the movie time. And in the last seconds, while we were getting ready to pack and leave, we were punched in the face with a totally unexpected ending that didn’t match the movie’s conventional atmosphere. The ending left us dazed for minutes as it seemed to be questioning everything. 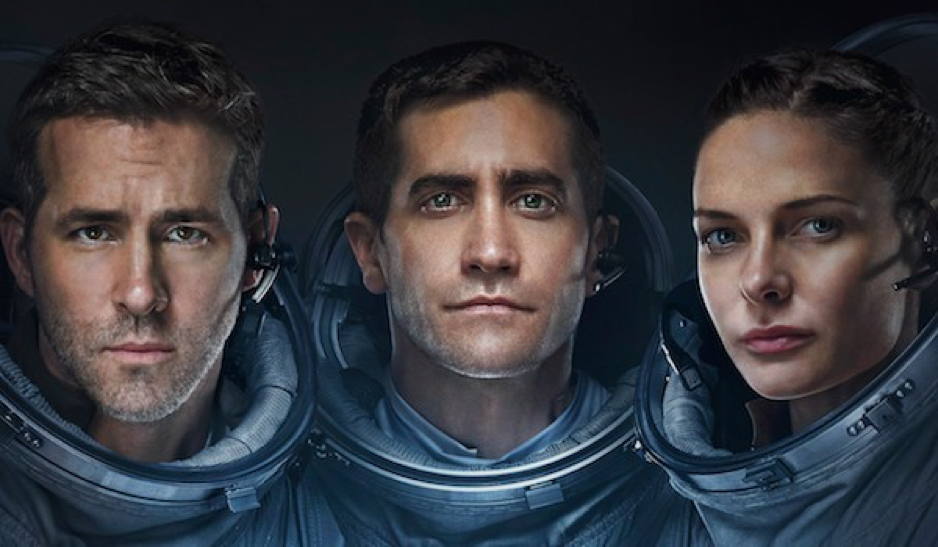 With moderate overall acting performances from the cast, we travel to space with all 6 members of the crew, but we’re mostly concerned with are Rory (played by Ryan Reynolds), David (played by Jake Gyllenhaal) and Miranda (played by the Swedish actress Rebecca Ferguson).

During his appearance on screen, he teased us with some Deadpool attitude, making you gaze at what it’d be like if the man in the red suit was really in space. In Life, Ryan Reynolds represented his beloved cool, funny character, but this attitude was put to an end by the time the era of violence was set up to a start, introducing the Anti-Deadpool, serious, concerned Rory. Our impressions regarding the performance of Reynolds are neutral, although we won’t remember him for starring in this movie.

It doesn’t change much for Jake Gyllenhaal; the man who always went for what’s important and challenging, chose to take a break from his usual high-acclaimed roles, as it appears. Jake, personifying the calm Dr. David was acceptable according to the general standards, but according to Gyllenhaal’s standards, he was lower than expected. He successfully reflected his character’s feelings of sadness regarding the massacres happening on Earth through his expressions. Also, in the parts that follow setting the alien loose, his acting efforts helped transfer the moments of thrill from the screen directly to our souls. As his colleague Reynolds, Gyllenhaal’s decision of starring in Life wasn’t bad, but he didn’t meet the expectations of his fans.

The last important role in Life was Rebecca Ferguson’s, who was the best in a series of moderate acting, especially in the last chapter. The Swedish actress who shared the screen with Tom Cruise back in 2015 in Mission Impossible: Rogue Nation, became a well-known figure in Hollywood, and Life will seek more attention to her. Constant and solid performance through moments of pre-crisis as well as post-crisis made her shine brightest among her 2 male superstars, whose glamour had faded in the darkness of space. 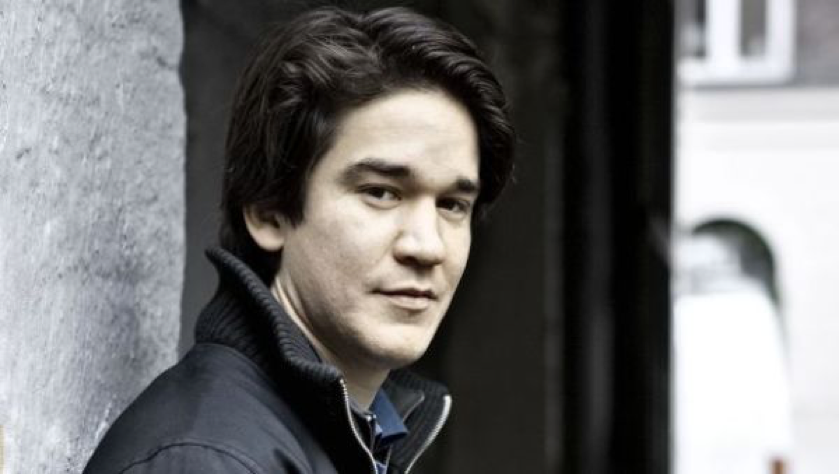 If any remarkable goodness is mentioned when analyzing Life, it would be for the ending and the Swedish director Daniel Espinosa who was able, with a relatively small budget (58 million Dollars), to give us a space experience with beautiful shots throughout the movie, very similar to those in Gravity that had a budget of 100 million Dollars. The director’s message that was implied in the opening scene provided the first reason of why such missions are held and why our crew is seeking life on other planets, through a wide shot of space with the large travelling capsule appearing in the size of a fly, emitted feelings of being infinitely small when compared to the enormous universe which is probably hiding in its vast space, secrets we don’t know yet, with extremely high potential worth leaving one’s family and life behind for a chance to know what’s beneath our basic knowledge.

Espinosa’s tools to offer us a good space trip included the long single shot technique like in the 5 minute scene preceding the opening credits, with usage of inverted shots throughout the movie to visually connect the audience to the effect of gravity’s absence. There was also some innovation in the execution of the breath-talking death scenes that you’ll either partly shut your eyes at some, or wide-open them with awaiting heartbeats at others. Not to forget the effect of the music and its role in forcing the viewers to reach the maximum levels of tension, and regularly accompanying them along the journey.

Life is an astonishing trip through outer space and the places of the unknown, and it’s enjoyable if you hadn’t set expectations prior watching it. Also, if you’re not familiar with the Alien Series, you’ll probably find Life an entertaining way to spend a weekend’s night, for what the director has presented to provide as much as possible real-life visual experience, and for the mind-blowing ending.