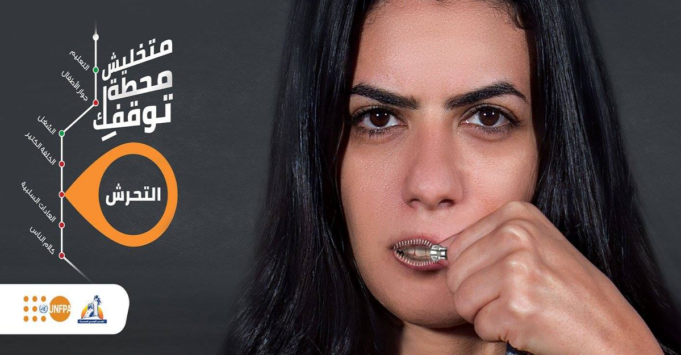 Egypt’s National Council for Women, the United Nations Population Fund and advertising agency Bluebox have recently collaborated to bless our daily metro commute with one of the best things our metro stations have ever witnessed.

Earlier this week, this dream team launched one of the biggest metro station campaigns ever made with the purpose of empowering Egyptian women, under the title “Your life in stations… Don’t let a station hold you back!”

I mean the title in itself is dripping with motivation!

The campaign consists of creatively-made artworks depicting people’s – specifically women’s life journeys as a metro ride along several metro stations. Every station represents a different life stage or decision; some stations (the green ones) help you move forward while others (the red ones) hold you back.

The campaign focuses on the most common issues in our society, especially those that affect women; such as harassment, early marriage, workforce struggles and reproductive health.

It highlights in the most subtle yet intense way the struggles and injustice Egyptian women go through from birth and on daily basis. It also encourages women to stand up for themselves against oppression while helping them realize what is best for them.

Even though the campaign is made for women, it targets both men and women commuters of all ages. It not only encourages women to pursue their dreams and speak up, but it also urges men to help and protect women in any way.

Talk about killing a whole bunch of birds with one powerful stone!

This campaign is set to run for three months in the main Cairo underground-metro stations of Attaba, Ramses, Abbassiya and Cairo University, all within the framework of the National Strategy for the Empowerment of Egyptian Women 2030.

Though it has only been up for a few days, this unique campaign has already made a huge impact on commuters all over Cairo and even grabbed the attention of regular social media users. So who knows, a couple more masterpieces like this one and Egypt might start feeling like a safer place for its women. 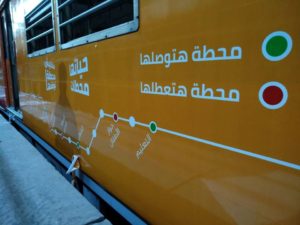 It’s in our hands now to follow the green stations.