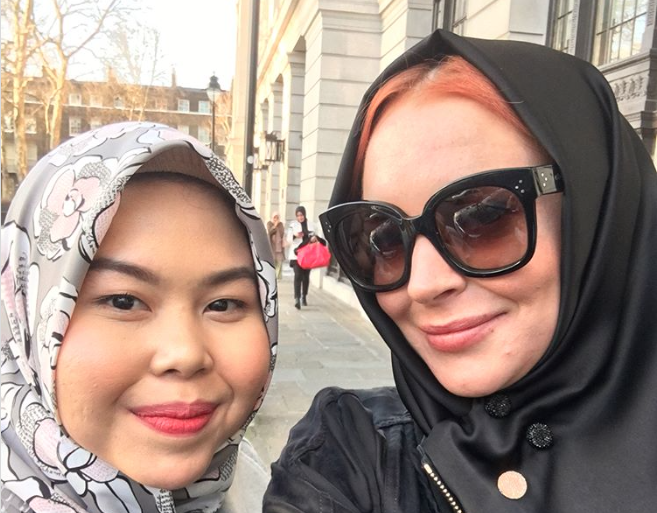 “Fashion doesn’t always have to be so naked. It can be adventurous and still beautiful with a strong group of women behind it.” That’s what the American actress and singer, Lindsay Lohan told BBC Minute at the London Modest Fashion Week while wearing a black hijab, sparking the rumours that she had converted into Islam once again.

To recap, the story goes back to 2015, when Lohan was photographed holding a copy of the Quran while visiting refugee camps in Turkey. Later on, this past spring, Lohan raised fans’ curiosity after she deleted all Instagram posts and changed her status to read ‘Alaikum salam’ (the Arabic phrase for ‘peace be upon you’), which caused a buzz that Lohan has indeed converted to Islam. Lohan never confirmed the rumour, but declared that she was excited about this new chapter of her life. She currently lives in Dubai.

The ‘Mean Girls’ star ignited the rumours once again earlier this week, when she attended London Modest Fashion Week (a two-day event during London Fashion Week which showcases modest fashion designers from around the world) while sporting a silky black hijab and also claimed to be wearing halal make-up, according to a social media post by halal make-up company Hawa Cosmetics.