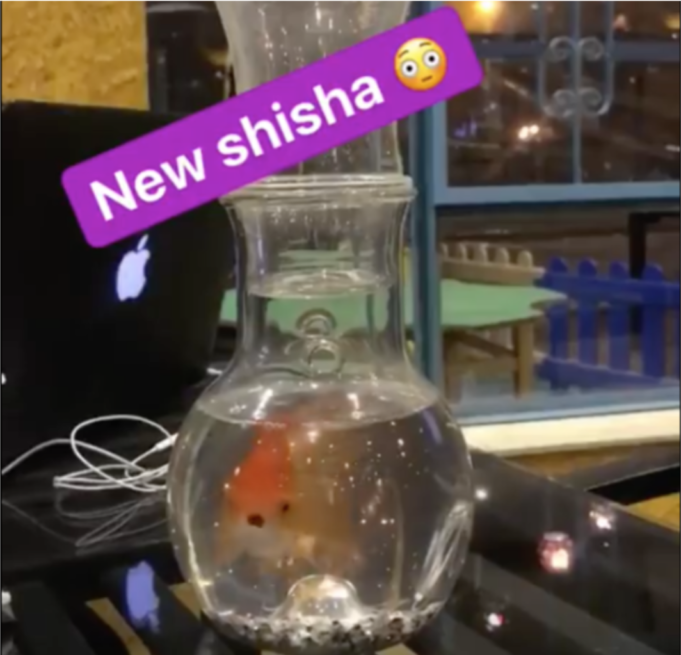 A “live” fish hookah has been spotted today in a restaurant and cafe called “Ta5t” in the 5th settlement by a guest who just visited their place and posted a video on Facebook showing her dismay about it. Should such an inhumane act become a trend? It makes us wonder whether it’s the first place in Egypt offering this or if there are others.

Assuming that it’s just a decorative item and not a real hookah still makes it inhumane, as the size of the glass container is obviously too small for the fish! Fish definitely don’t belong in hookahs!

The guest expressed her dismay saying: “That’s the new hookah in a place called ‘Ta5t’ in the 5th settlement.. One of the most terrible things I’ve ever seen in my life!!” 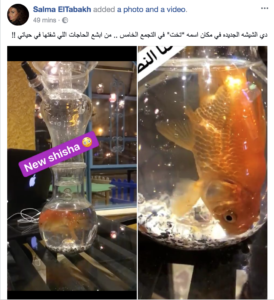 The post irritated many people and made them wonder what happens to the fish after that? A greater concern is why would fish be used in hookahs or in decoration in such a cruel way. 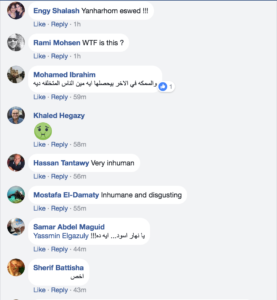 Others believe it’s just used for decoration and it might be a new fishbowl design.

However, the lady assured that it’s a real hookah and that the hookah man was still in the process of fixing it!

Can’t they notice that this is not how fishbowl sizes are like? This is not, by any means, okay or acceptable.

Another person tagged the Egyptian Ministry of Environment, and others want to close this place down or sue them.

Faith in humanity restored. Comments show how shocked and irritated people are. They’re concerned about it and want to take immediate action!

Ta5t Restaurant and Cafe apologised, posting a video of their hookah on their Facebook page. 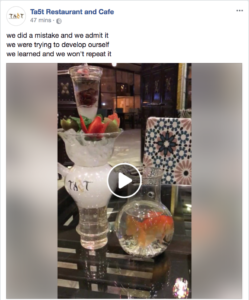 Ta5t posted a video showing that the lower glass part is separable from the hookah. They had a caption that said: “We did a mistake and we admit it. We were trying to develop ourselves. We learned and we won’t repeat it”. However, it only seems that their apology and video provoked people even more and made things worse! 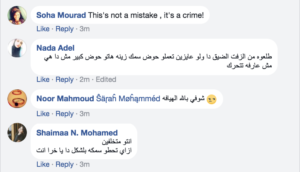 It seems like Ta5t’s video got people even more mad as their video contradicts their apology!

Do you think the Egyptian Ministry of Environment will take action? Will you support this or visit this place if they still offer the same shisha, even if you’re a non-smoker?