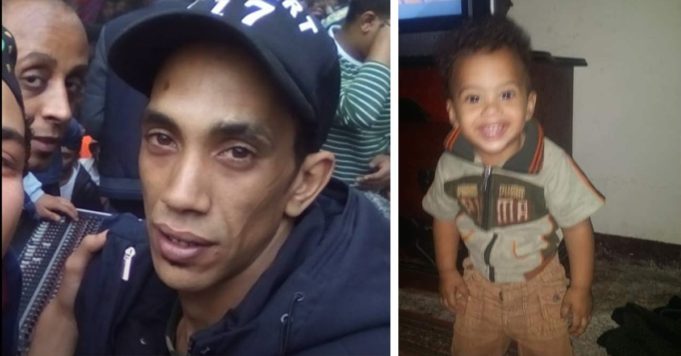 Magdy (Shatta) Mokhtar, a pop – Sha3bi – artist, declared that his one-and-half year old son just passed away. It was revealed that the deceased child, Zaman, passed away in his sleep.

Magdy Shatta’s name has recently circulated social media platforms due to a feud with another pop singer, Hammo Beeka, leading to a series of back and forth lashing. Irrespective of the trend and its nature, we are focusing on one crucial aspect: common human decency.

Though the majority of comments and tweets were of sympathetic nature, it was surprising that there were too many social media interactions that mocked the man and his late son!

Some of the comments openly said that the child’s name is stupid, or that Magdy’s appearance made his son choose death! We were shocked to see that human beings can hit a new low, one that contradicts the most basic of human traits: sympathy.

We, here at Identity, have nothing against Magdy’s “art” and are against the practice of using social media to spew hate messages onto a grieving father. We can’t believe this needs to be said explicitly, but you can’t just mock a deceased child and tell his father that his appearance or looks made his child die!

Clearly, common decency is not so common nowadays.

Our deepest condolences to Magdy and his family during these difficult times; may they find peace and solace.

We equally extend our condolences to those who took advantage of a grieving family to crack a joke. We are sorry you lost your humanity and hope you rediscover it one day.