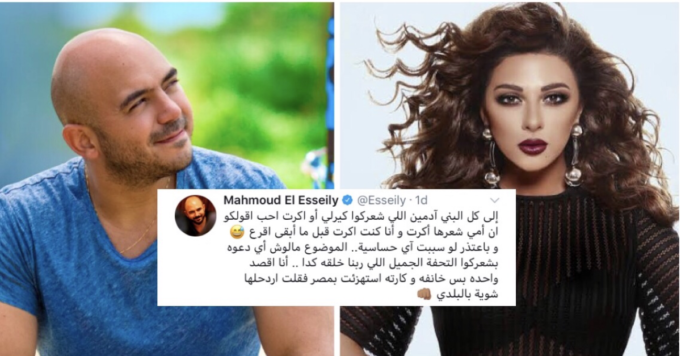 If you don’t already know about this; a couple of days ago, a video of Lebanese singer Myriam Fares went viral. The video was taken at a press conference, where she was asked why she doesn’t hold concerts in Egypt anymore.

And her reply was simply: “My price has become too high for Egypt“.

And needless to say, that comment sparked a wave of anger from Egyptians. Including many Egyptian celebrities, from Ahmed Fahmy to Ramy Gamal, Amir Teama and more.

For two reasons: First, it seemed like Fares was insulting Egypt, the country that is known for basically being the birthplace of most Arab celebrities’ success and fame. And second, she undermined the other Arab celebrities, including Egyptians, who perform in the country all the time.

However, while everyone was basically shooting daggers at her, in more or less similar ways, Mahmoud El-Esseily took it to a whole other level.

The Egyptian pop singer tweeted an angry comment directed at Fares. And those words were obviously referring to her voice as well as her curly hair. Therefore Esseily’s description of both – specifically her hair – seemed like bullying to many people.

That’s when the angry party changed directions from Fares to El-Esseily. And that mainly goes back to the fact that curly hair has a history of being shamed in the Middle-East. 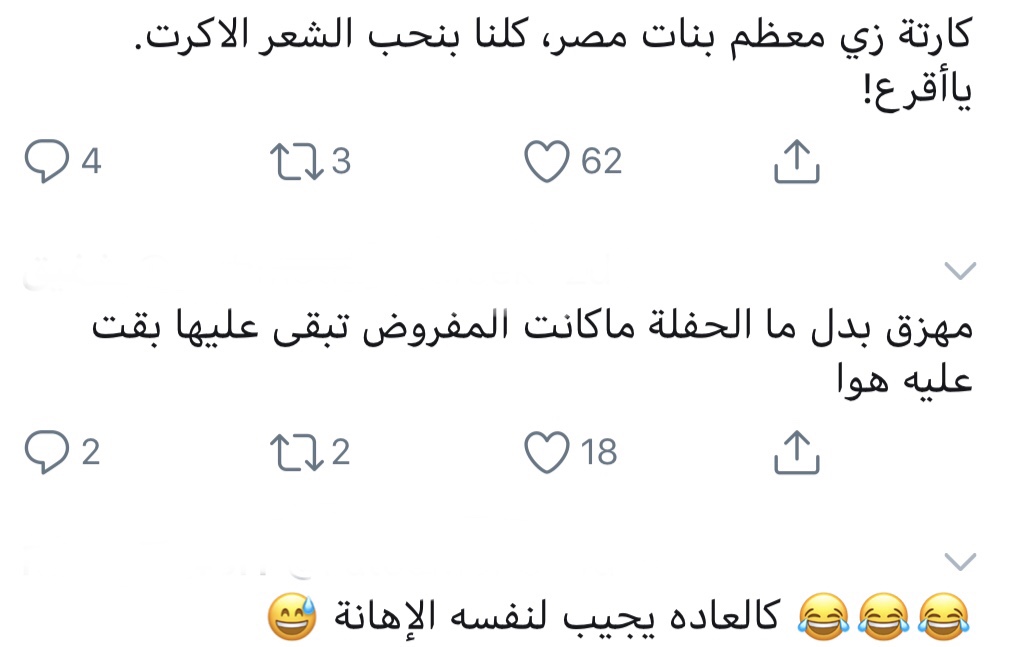 Is it Bullying, though?

Many people did direct their anger at the Egyptian singer, not just for the shaming part. But also, because what he did is considered bullying and a big insult to Fares as a person, no matter what she did.

When the series of disappointed tweets started spreading and reaching El-Esseily, he took it as a joke, first.

But then, as people began to lecture him on the topic and why it’s offensive, he started making his point clearer. He did not sincerely apologize, however, he said that his own mother has curly hair. And that he, himself, had it before he went bald. 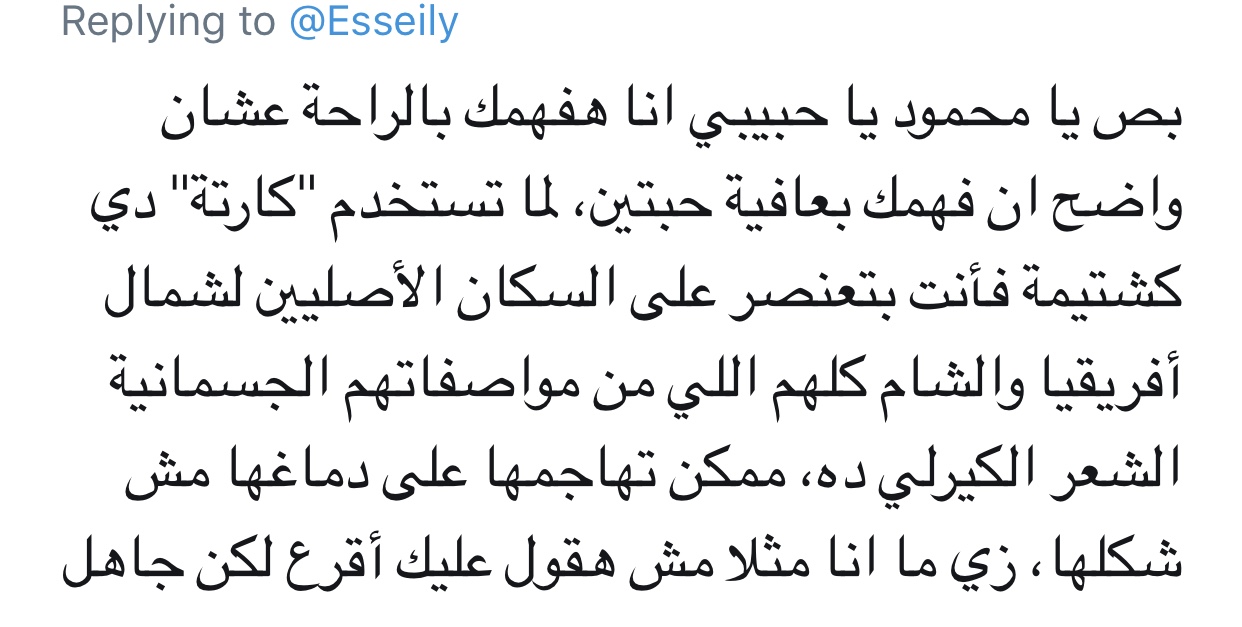 Therefore he obviously wouldn’t shame himself for that. And that the whole thing was not his intention, at all. He also claims to have found no better way to insult Fares back than the “Original Egyptian way“.

To be honest, we do get where the angry people are coming from. It’s all about the shaming and bullying attitude that we are  all trying to fight, now that we’re in 2019.

But – political correctness aside – as much as we understand that and are completely with it, we also can’t help but side with El-Esseily a bit on this. Because it was clear that he only meant to throw shade back at Fares and nothing more.

Not that insulting her is okay or anything; but that’s his way of trying to defend his country that has just been insulted by a Lebanese pop star who, according to her own words, became famous and made her name BECAUSE of Egypt.

If we look at the comment section under any tweet or post that is talking about what Fares said, we’ll find even more Egyptians insulting her in worst ways than El-Esseily. Nonetheless, no red flags were raised there!

On the other hand, we gotta ask: When someone shames himself for having curly hair or anything for that matter; is it considered bullying?

We have a specific opinion on this one: And it’s that, yes, if you shame yourself for being too fat, too skinny, or because you have curly or straight hair; you’re basically bullying yourself.

And if you shame others for that, and go back to say: “But I have curly hair too and have just shamed myself, as well“, it doesn’t completely justify what you said, in the first place. But El-Esseily’s situation is different because of the way Fares undermined Egypt and its artists.

Another important point is that, criticizing someone for things they say or do is one thing, and shaming them for the way they look is another. And needless to even emphasize, it shouldn’t happen, under any circumstances. 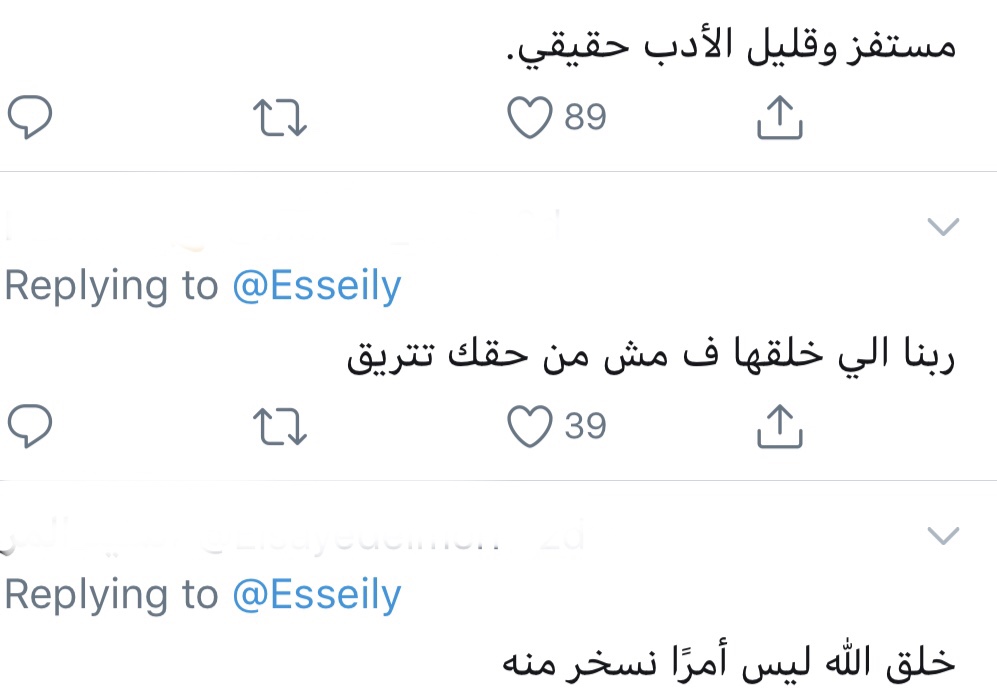 Which is the only reason why we think El-Esseily went too far with his statement. And here is where we disagree with him.

But still, if we’re going to only refer to the whole “Curly hair-shaming” thing, we are not really convinced that he meant, in any way, to insult or bully anyone. Let alone, generalize the statement itself.

Tell us: Do you agree with us or do you still think that El-Esseily has basically bullied everyone with curly hair, intentionally?