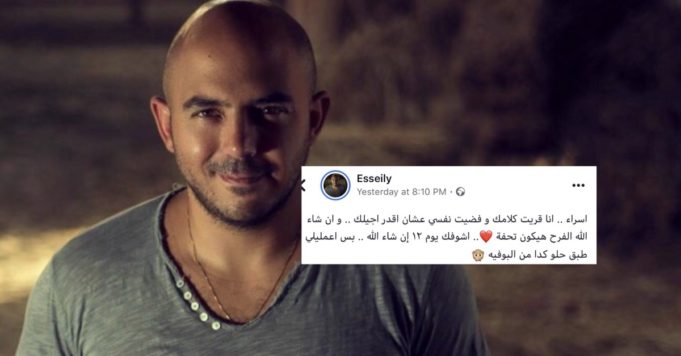 Egyptian singer Mahmoud El Esseily has officially made a young bride’s dream come true! We all know El Esseily is like the official sponsor of Egyptian weddings; considering his lovey-dovey romantic songs that make almost every couple want him to sing at their wedding.

A young bride with the name Esraa Essam has published a post on her Facebook account, directed at El Esseily. In her post, Esraa has expressed her major love for him and requested from whoever sees the post, to help her spread it around. She also attached his picture. 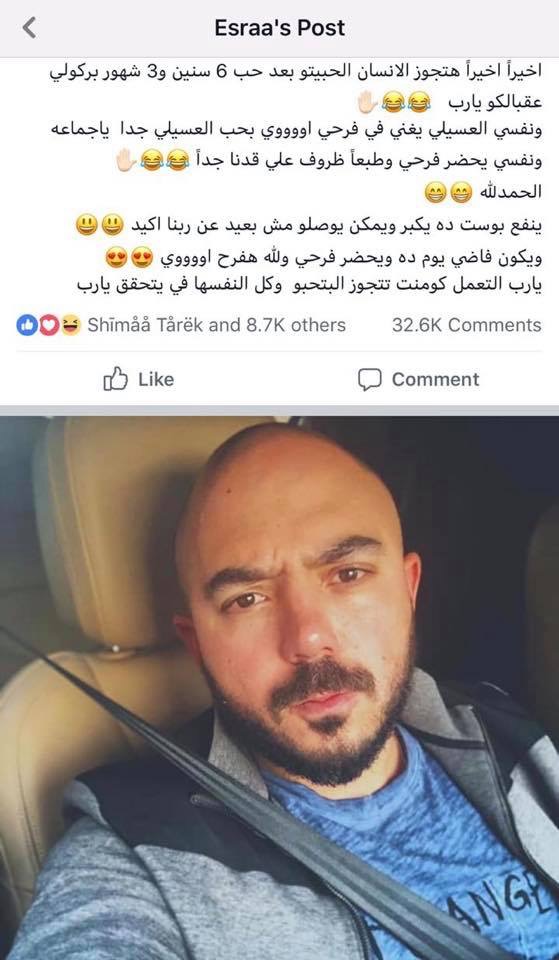 Esraa elaborated that she’s marrying the person she’s been in love with for almost 7 years and that the couple’s dream is to have El Esseily sing at their wedding.

However, Esraa jokingly emphasized that their wedding budget would -in no way- allow them to do that.

The post gained HUGE interaction, getting over 33K comments and 9K reacts. Lucky for the young bride of course! 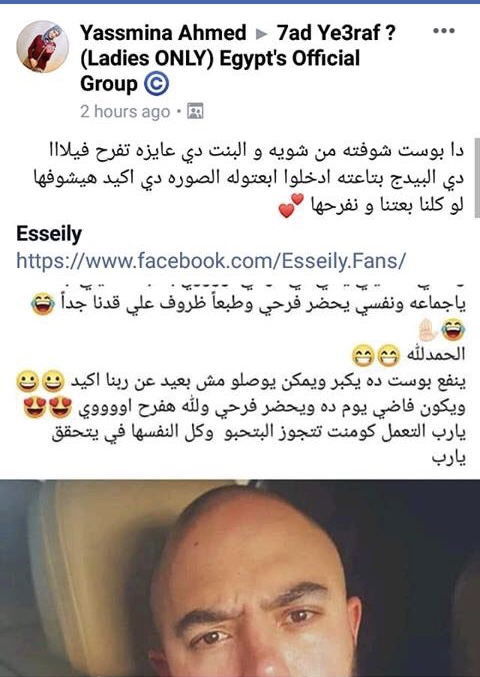 Yassmina reposted Esraa’s words on almost every girl group on Facebook. She also kept sending the post to El Esseily on Messenger. HOW INCREDIBLY NICE OF HER?

Because of the internet’s magic and people’s beautiful souls and kindness, the post reached El Esseily and his team, who in turn replied to Yassmina and immediately contacted the bride to make arrangements. 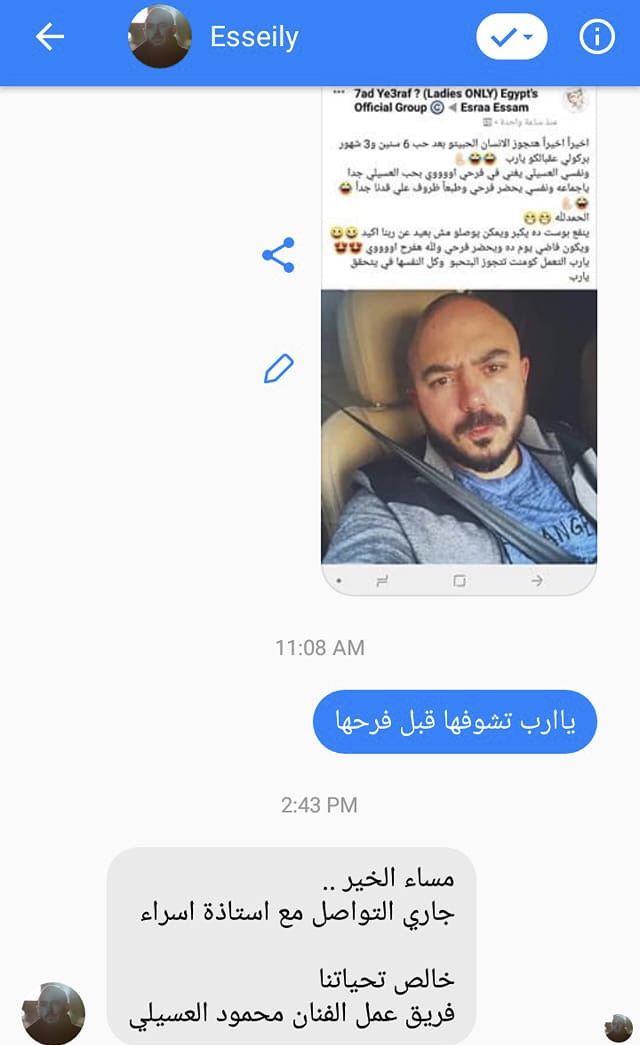 Shortly after, El Esseily posted a screenshot of Esraa’s post on his official Facebook account and made an announcement that he already freed his schedule for her.

He even jokingly asked her to prepare him a nice plate from the wedding buffet!

Needless to say, so many people went crazy over this on social media and even wished they were in Esraa’s shoes. A lot also congratulated the bride who expressed her joyful disbelief, happiness, and gratitude.

Isn’t that great you guys? This is such a nice thing to do from El Esseily. Most importantly, we are learning more about the REAL power of the internet every day. Those people who helped the young bride without even knowing her or getting anything back in return, are ANGELS!