Identity Magazine
Home Trending Mamalek El-Nar May or May Not Be the Arab/Egyptian Game of Thrones...
Facebook
Twitter
Google+ 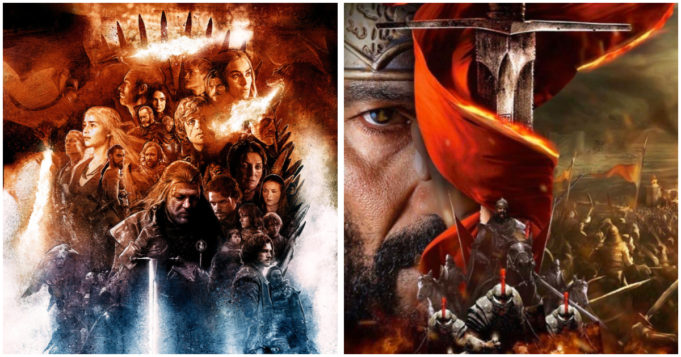 On November 17th, the first episode of the Arab/Egyptian TV series “Mamalek El-Nar” aired on the MBC channels. After its highly anticipated release that followed an eyebrow-raising trailer.

It’s worth mentioning that it’s reportedly the biggest Arabic production of its kind to date.

That being said, the trailer implied that the series is going to be a replica of the most famous and popular series, HBO’s Game of Thrones.

It’s true that the series is supposedly going to follow the historical events that went down in the 16th century, during El-Mamalik‘s last era when they were defeated by the Ottomans. Which led to the fall of their Egyptian and Syrian states.

But from what we’re seeing so far, there’s a huge attempt to actually mimic the whole Game of Thrones vibe.

From the theme music emphasizing the same kind of instruments, as well as the way the intro is played out – see that for yourself by clicking on the link below -; to making it clear from the very beginning that there is indeed a throne worth fighting for with a lot of blood and an intense family feud.

That, of course, is in addition to the setting and costume designs.

So it’s actually no secret that Game of Thrones is definitely the inspiration behind the idea of this series. However, that doesn’t mean that the inspiration should turn into something they’re trying to either copy or live up to in some sort of way!

Our only real problem with this is that we honestly want the events to reflect our own people, culture and history. That’s why we’re being too harsh with our critique.

Until now, only the first episode has been released and we’re seriously hoping for the rest of the series to change our minds and actually be an original story with actual historical events related to us. So who knows?

Have you guys seen the first episode of Mamalek El-Nar? Or are you still planning to? And if you did, do you agree with us about the strong resemblance to Game of Thrones?