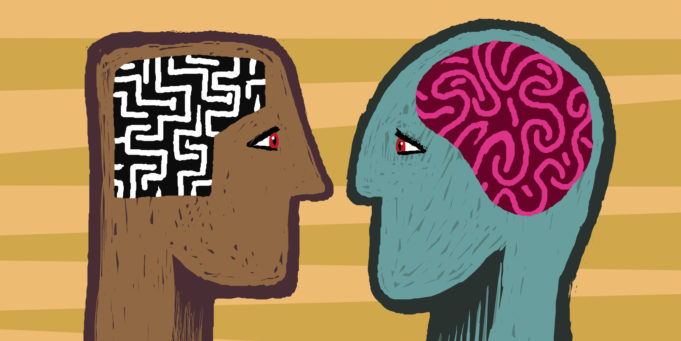 Why is it that men can hardly understand women, and women barely understand men? That’s because their brains work differently. We are not going to talk science as much as life observation. For years and years, men and women have been fighting over who can do what better. Well, there is no definite answer for this. There are, however, some hypotheses that suggest there are certain day-to-day activities that one gender can perform better than the other. 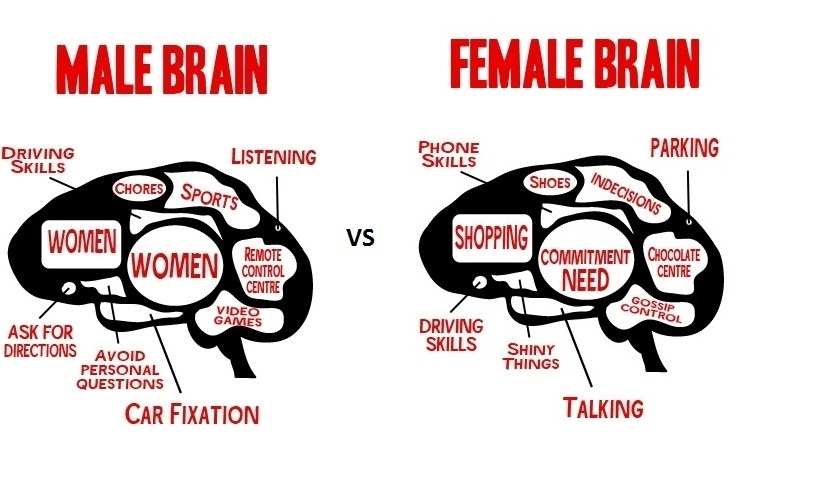 Women tend to be more communicative and expressive when it comes to their needs or emotions. They know how to put their feelings into words, whilst men can sometimes express their emotions in terms of behavior rather than words. So if he’s mad, he’ll shout. However, women started to drift away from expressing their feelings lately and instead resorted to a guessing game with their significant other. Women would “yelowou bozhom” and when asked what’s wrong, they might reply with “nothing!” or “if you paid attention you would have known.” And there comes the second difference.

Well, this of course requires thinking. Don’t get me wrong, both genders think just as well, only differently. Men solve problems from a task oriented perspective. In other words, solving your problem as a woman, men would rather have you speak out and tell them what’s wrong so then they can find a way to fix it. Women, however, solve problems in a more creative way. They wouldn’t usually go with what worked last and do it again. They would spoil their man a little, get them a card that says “I’m sorry”. 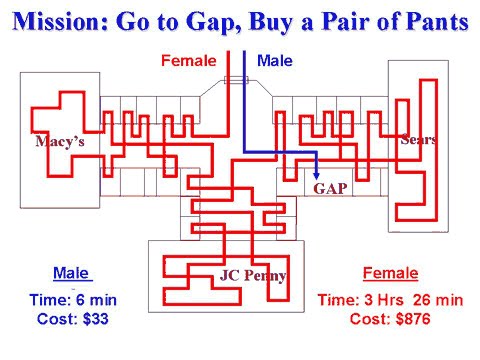 Men are actually able to think of nothing, ladies. If you caught a man staring and asked him what’s up and he told you nothing, it is truly nothing. Men can go blank just like that. On the other hand, women’s brains are always thinking of something, even if it not important at all “what was the cashier guy thinking when he told me I don’t have change?”

As we talked about cognition, we also have to talk about emotions. We grew up to believe that women are more emotional than men due to hormones and such. If you think about it, you’ll find that it’s not about being sensitive, but rather about connecting with oneself. Women tend to face their emotions and how they feel more than men. That’s why during a breakup women get the consequences right away. Men, however, face the consequences after a couple of weeks maybe months. Men don’t face their emotions right away. 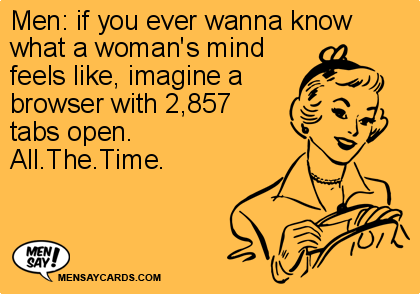 “Try giving birth” “Try getting hit in the nuts”; alright both are painful! What’s different is that women tend to say when they’re in pain; however, men usually don’t. Some researches said that women need more painkillers than men to endure the same pain. Still it’s a matter of perception. 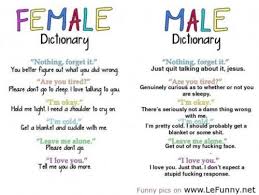 In my opinion, far from science, the differences are also caused by society’s perception of both genders. Men are expected to act “manly”; not to cry, not to vocalize their pain/feelings, to be stronger, to act tougher and smarter. On the other hand, women are given the privilege of expressing whatever thought that crosses their minds. Nevertheless when men say something, that’s exactly what they mean but when women say something, you gotta think of possible hidden messages. Bottom line is life would be much easier if men and women respected one another’s feelings.