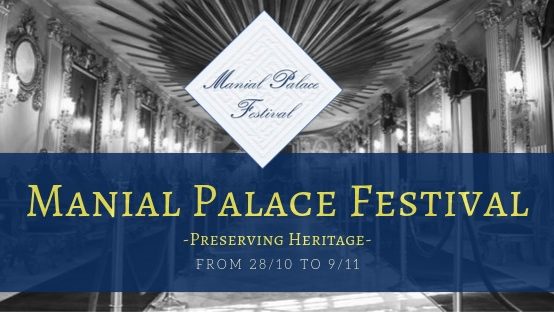 Quite a number of prestigious musicians all over the world are participating in the festival; in order to present a special program of classical music all along with displaying the special antiques of the museum of the Manial Palace.
From his side Prince Abbas Helmy founder and president of (FMPM) said:” We were encouraged by the great success of the first edition last year that made us decid to make some expansions in the second edition that we have been preparing for, since a year ago. Nevertheless, we were motivated the most by the consent of Dr. Enas Abd El Dayem the minister of Culture and the high commission of festivals in the ministry for the sponsorship of The Manial Palace Music Festival; and we would like to convey our thankfulness to them and also to the Ministry of Antiquities that made it possible for the festival to be held at the Palace”.
He added:” The new edition is distinguished with the artistic diversity that creates a unique combination between universal classical music and our special traditional works. For the festival aims to ameliorate the popular taste and revive the Egyptian musical heritage through mixing concerts and workshops between musicians from different parts of the world”.
The first edition of the festival witnessed the start of some activities that yielded revenues to be directed to the benefit of the preservation of the precious collectibles in the palace, as well as develop the display of the museum and lightening system.

Moreover, the revenues also finance training for the museum curators and organizing visits to the museum for pupils from schools located in underprivileged areas. And the works of renovation are being done in cooperation with the administration of the museum and supervised by the Ministry of Antiquities. We had the idea of the festival after a number of individual concerts presented by (FMPM) in the palace in the past years in order to raise money for the renovation of the palace.

Manial Palace Music Festival is the first to be financed by the European Union (EU), and sponsored by both the Ministry of Culture and Ministry of Antiquities. Also sponsored by a number of foreign embassies and cultural centers as the French Cultural Center, Italian Cultural Center, Austrian Cultural Center, Embassy of the Czech Republic in Cairo, The Embassy of the Slovak Republic in Cairo. It is worth mentioning that the late actor and opera singer used to manage the festival.
(FMPM) was registered as a non- profit voluntary organization in 2005 headed by Prince Abbas Helmy grandson of Khedive Abbas Helmy and nephew Prince Mohamed Ali Tewfik founder of the el Manial museum.