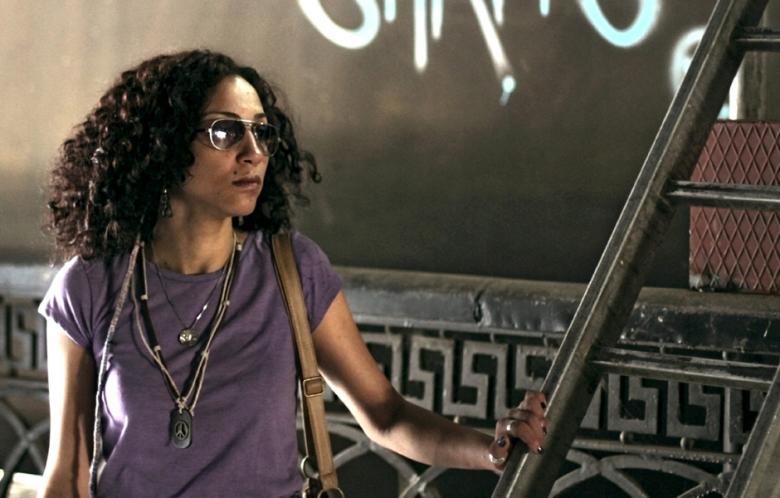 Maryam Saleh is an Egyptian singer with a powerful voice; she focuses on selecting intelligent Egyptian music and meaningful lyrics to influence and inspire the youth. She started her career by collaborating with a band before deciding to go solo, successfully releasing two albums until now. Identity spoke to Maryam about her journey and her motivating albums.

How did you start?

I started in 2003 in a band called ‘Gawaz Safar’ with El-Sheikh Imam. We blended rock music with Sheikh Imam’s songs and I hummed a tune for ‘Esla7at’ song. I then decided to forge a path as a solo singer and released my first album ‘Mosh Baghany’ with Tamer Abu Ghazala and Zeid Hemdan. Later, we released our second album ‘Halawella’ on September 19th.

What is the meaning of your new album’s name ‘Halawella’?

It is written by Ahmed Fouad Negm and it interprets the character of the sarcastic politician.

Tell us more about the album.

We have been working on this album for five years. We selected many songs from the ones I performed at various parties. This album is an Eka3 production.

What kind of challenges did you face?

The first challenge was the production because as a band, we used to pay lots of money and get nothing in return. Second, the choice of the venues, as there is a shortage when it comes to the places where you can perform in Egypt.

What do you think about while performing?

Nothing except the tunes and lyrics of the song and how I feel towards them, sometimes I just close my eyes to indulge in the song.

How did you get involved in the type of music you perform and what kind of music do you present?

I present the music that I was raised listening to. When I collaborate with someone, he adds value to my songs. I don’t choose the genre but instead I opt for the inspiring music, lyrics and tones, and eventually I find the genre emerging. I tend to pick the songs from the twenties era in the Middle East; this era had an exquisite selection of songs.

Who are the song writers you love to collaborate with the most?

I adore the lyrics of Mido Zuhair and Omar Moustafa.

What can people expect to see in a live performance?

I always develop and focus on my performance to make it look like a play; this makes it unique.

Describe your show in three words.

It’s real, enjoyable, and you will feel connected with my songs.

What makes your music unique?

The overall atmosphere we present; I frequently attempt to simplify the songs but my main focus is always on presenting the purposeful lyrics.

What is your proudest moment in your career so far?

ًWhen a German citizen, who doesn’t know Arabic, comprehended what I felt and what I wanted to deliver for the audience.

What kind of advice would you like to pass on to beginning singers?

My advice is to focus first on the song itself, then think of the genre and music afterwards, and they need to consider whether people would be interested to listen to it or not.

Nowadays, the music industry is prosperous since the tools used to produce it are easily accessible. It now has a huge market, it is available online, which is ideal. Maybe I can alter the size of market, I aim to make it broader, I also want to cancel all the required statements to sing and the taxes imposed on them.

How do you handle mistakes on stage?

The trick here is the fast reaction and handling the situation properly. As an actor, I can handle the difficult situations.

Where do you most perform inside and outside Egypt?

What are your future plans?

A new album with Tamer Abu Ghazala and Mouris Luka, it will revolve around the Mahraganat Sha3by songs.

Where do you see yourself five years from now?

Working on arts with children.