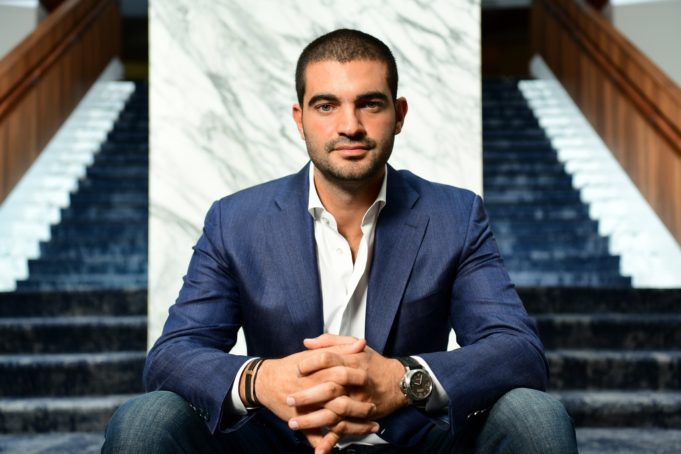 Meet Rabih Mokbel: The Man on a mission to change the Arabic Entertainment scene

It has been an interesting summer in Egypt to say the least. With numerous venues, parties, and international concerts; it seems like the entertainment and lifestyle industry is finally moving in the right direction. With that said, there was this one particular concert that made us feel like Egypt is truly changing – the JLO concert.

Now after we enjoyed the concert, the pictures and all the buzz; it’s time to go backstage and find out who was behind this whole ordeal.

Meet Rabih Mokbel; the Lebanese lifestyle guru who’s on a mission to change the nightlife scene in Egypt!

We had the chance to have a casual chitchat with Rabih and know more about his history, why he moved to Egypt, and what his plans are for the future. 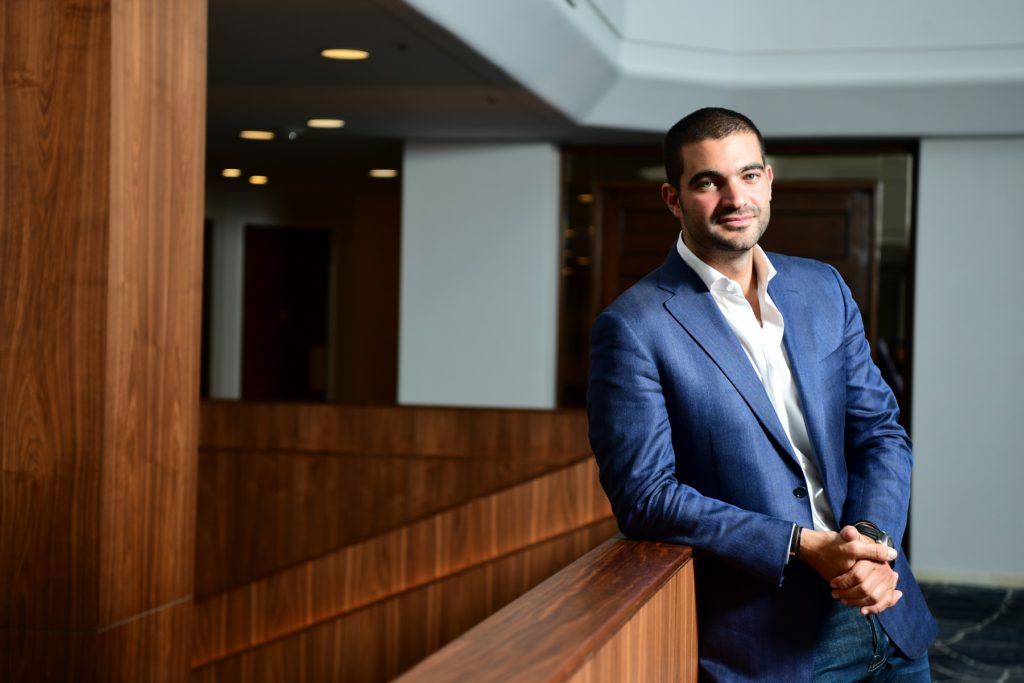 Let us start by asking, what made you come to Egypt?

For seven years in a row, I was the managing director of one of the biggest nightlife destinations in the Middle East, SkyBar Beirut. There was a huge buzz around the place, and people started questioning who’s the person behind the success. That’s when I started getting contacted by various businessmen to duplicate the SkyBar experience in their projects.

One time we received an email from Palm Hills asking us to open SkyBar in Egypt. After a few emails going back and forth, it turned out to be a legit deal and we came to Egypt and launched SkyBar in 2009 and 2010. It was a huge success and made us notice the huge potential of the Egyptian market.

It was then that I met with Yassin Mansour, and we made a huge plan for all their developments, but then the revolution happened and I left Egypt. But Egypt stayed in my plans, and I kept all my connections there.

I came back almost 2 years ago, and due to my extensive network, I was offered great opportunities and asked at many times to open projects with various key people. I signed with Naguib Sawiras’s Orascom, and Mansour Amer’s Amer Groups for two very interesting projects within the hospitality industry. 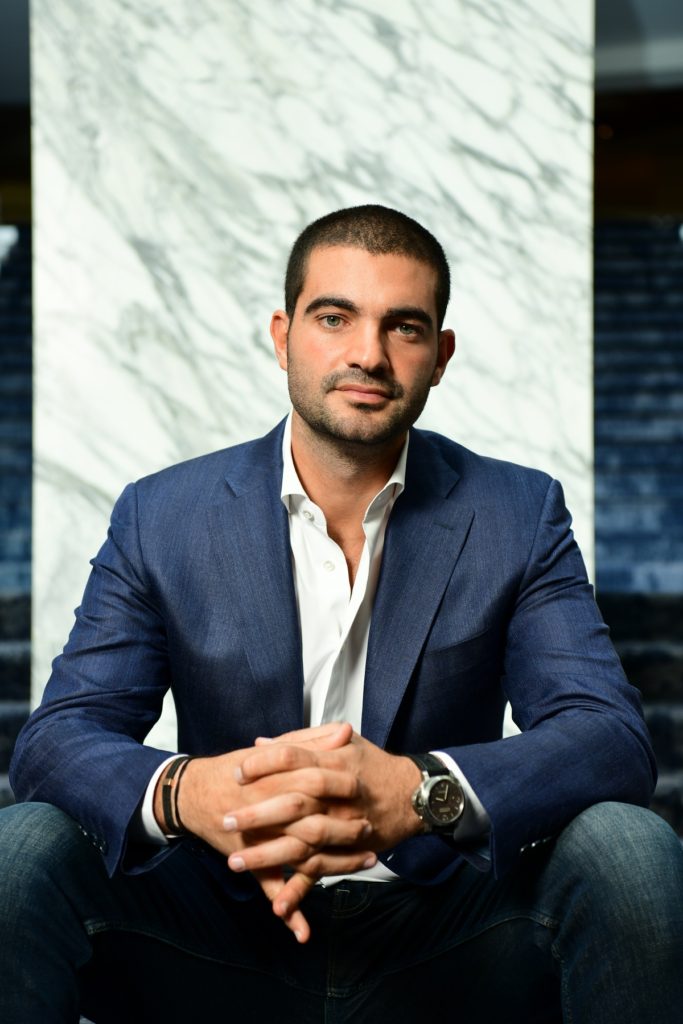 Tell us more about these projects!

I also have my own experience in throwing concerts and lavish parties, which I’ve been doing since a very young age, so we opened a branch of Ventures Lifestyle in Egypt as well. And since I’m a hospitality graduate, I had to open a restaurant in Egypt as well, and I opened CODE bar & restaurant, located in Dusit Thani Hotel.

When did you start Ventures Lifestyle?

In Egypt, it started only 2 years ago when I moved here. But in Lebanon, it’s been going for 7 years strong! We own the biggest three clusters in Lebanon. These are the anchors that got us to move to Egypt. When Egyptian businessmen came to visit our venues in Lebanon, they said we want to have this in Egypt, which is how we started here.

What’s the main difference between the Lebanese and Egyptian market?

In Lebanon we are only 4 million people, in Egypt, you are 100 million; that’s a huge difference! With that said, in Lebanon we have more variety when it comes to the entertainment business. In Egypt, things are limited. We have a good party every day – every week at least – in Egypt, it’s only once a month, if any!

Which is why I wanted to expand here. Egyptians are hungry for a good party and a good restaurant, and with the right planning, they don’t have to go outside of Egypt to experience that.

Now since you moved to Egypt, what have you done so far?

After learning the business aspect in Egypt, I realized that the nightlife scene in Egypt has the potential for so many projects, and so much money and investments. I started within the North Coast with a couple of parties, then I made the opening party for Gouna Film Festival, then Solomun in Sahl Hasheesh, Black Coffee for a three day party in Gouna, then back to a few concerts in the North Coast, and finally Jennifer Lopez in the North Coast as well.

We noticed you are focusing on bringing big names to Egypt. Is this your strategy? And what are the challenges facing that?

There’s huge uncertainty and fear for foreigners and international stars when it comes to, not just Egypt, but the Middle East in general. There’s always the security risk as well. It’s definitely not easy, and it’s a major risk. Especially since many international stars came to the area and were met with bad organization. Celebrities talk, and they know about each others’ experiences, which is also another challenge to convince them to make it here.

But without the risk, there’s no success. I believe after a few successful concerts, we can have an easier road to bringing more international stars. It’s a challenge and a risk, but that’s why I’m doing what I do. I want to change the Arab entertainment scene, and I won’t stop until I do that.

I will be continuing on my current projects, which I think will leave an impact once they’re done.

CODE restaurant and bar will still continue, and we’re planning to make it even bigger. We are relaunching the menu, and adding brunch. We are tweaking some minor things, which I believe will make a huge difference in our guests’ experience.

As for events, I’m currently planning the closing party for Gouna Film Festival by the end of September, and in October, I’ll be making the King Polo Golf Tournament party.

We have a few things planned for November, but I can’t disclose any information now. I do promise, however, they are bigger than anything I have planned in Egypt. I hope that it goes as planned, and the Egyptian public gets to experience what we have planned for them.