From the break of eff-ing dawn, men have felt the need to control women’s dress-code. You’re wearing too much; you’re wearing too little. Men don’t like this; men like this. You must cover up to not entice a man; you need to reveal more skin to be sexy. And France has only made it worse with its new ban on the “burkini”, which has begged the question: when will men stop controlling what women wear? 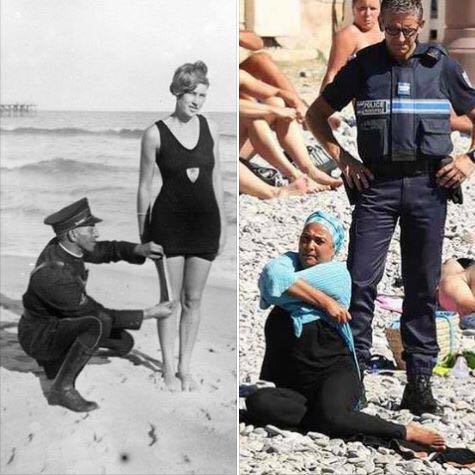 Saudi forces women to wear the 3ibaya (foreign or otherwise); France bans the niqab (whether they wore it with conviction or not). One is in the name of religiosity, and the other in the name of liberalism – and neither provide women with the freedom to wear whatever the F they want to wear. 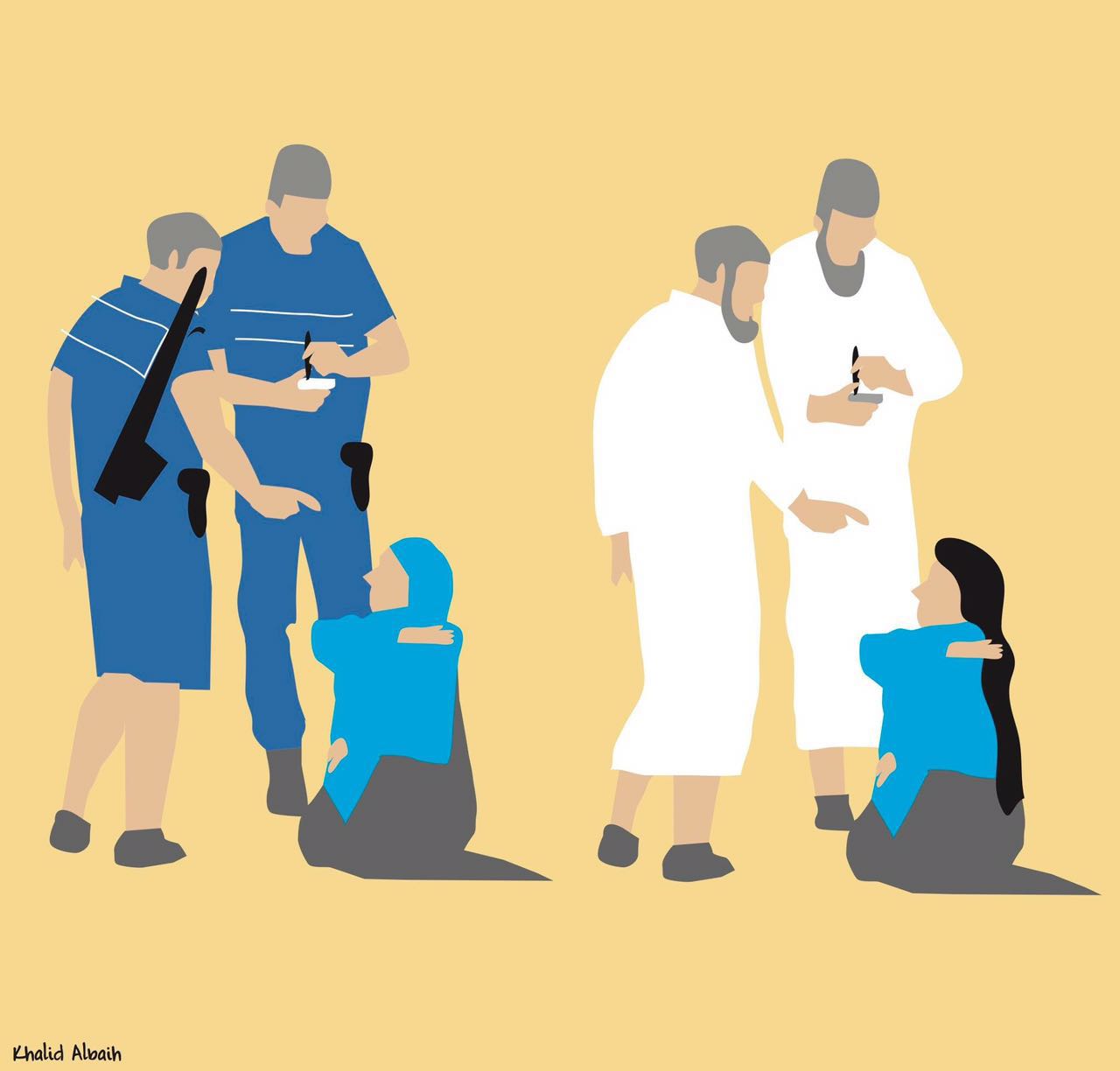 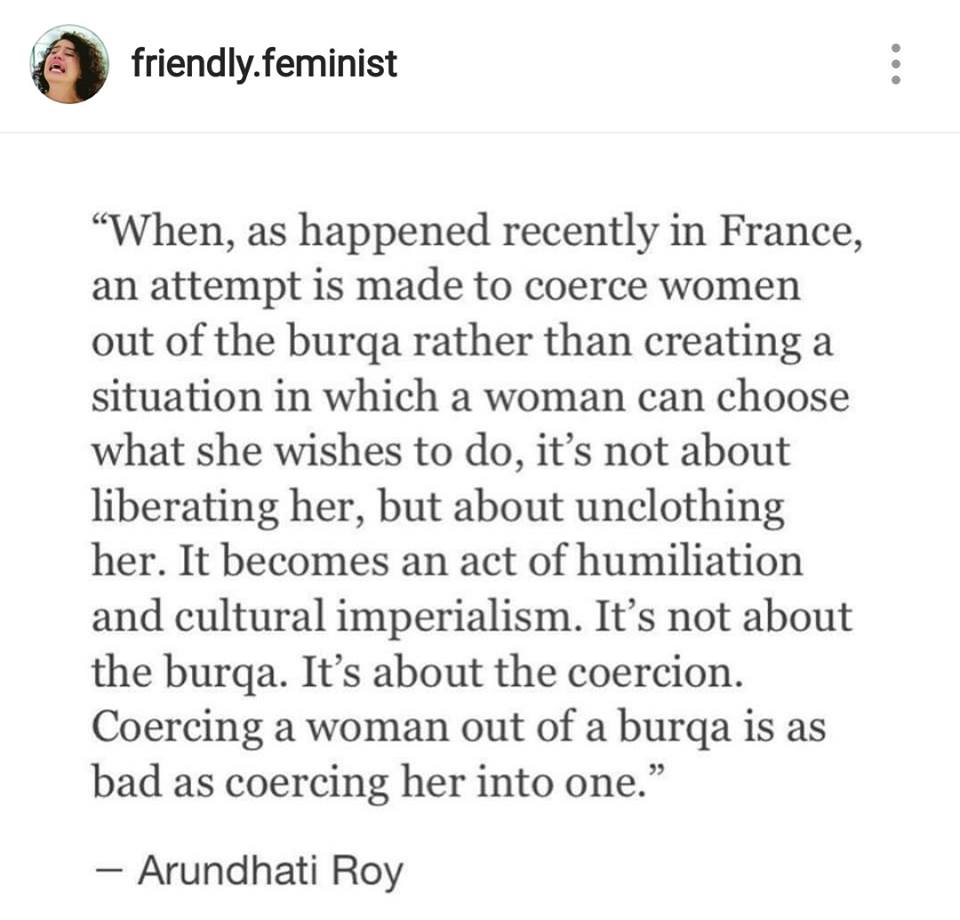 But why is she going to the beach if she won’t dress the same as everyone else?

Because it’s summer and no one should ever feel less than or not worthy enough to enjoy a day at the beach with their family. What she chooses to cover or reveal from her skin and body are entirely 100 percent up to her.

Saudi’s rules are about upholding religion and people should respect the country’s rules. If she doesn’t like it, she can live elsewhere.

You don’t just up and leave a country because the dress-code isn’t compatible with your religious beliefs or preferences. For all we know, this woman might have lived in France from childhood and it’s her home. Where should she go? A country’s “sovereignty” stops when they breach basic human rights of freedom of expression.

How is she sunbathing anyway if she’s all covered up?

It’s literally none of your business, and especially none of the policemen’s business. There are no rules to enjoying some Vitamin D.

France is secular and her dress-code is upsetting other people around her.

People’s Islamophobia can not be excused, let alone protected and allowed to flourish. Not to mention, the policemen were shouting at her that this is a “Catholic country”, so much for secularism…

But France is only trying to protect their country from another terrorist attack.

Yeah, because a woman with her children chilling at the beach in Nice is low-key trying to bomb all the kuffar sunbathers. Common sense really isn’t common at all. 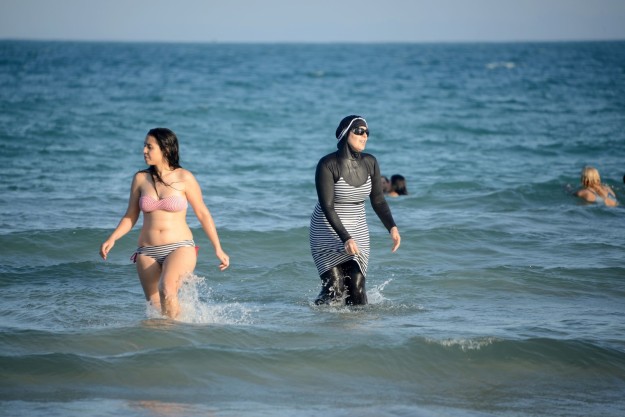 And there’s so much more to be said. An incident like the one on the sandy beaches of Nice only reflect the tragedy that is patriarchy and the hyper-sexualization and objectification of women. France is a sovereign country as much as her body is within her sovereign jurisdiction. No one should be told to remove or put on clothes to fit the patriarchal standards of the system. On a positive note, according to The Independent, Marks and Spencer sold out their recently added burkinis in the Marble Arch, London store.