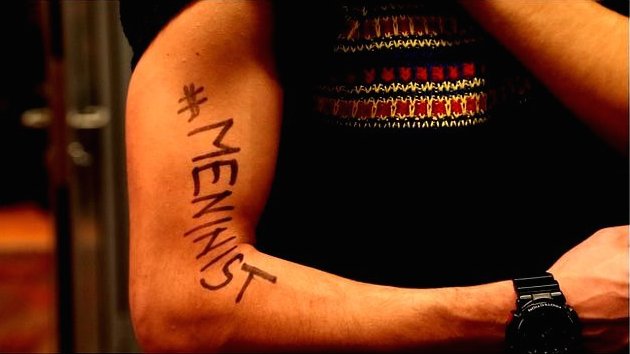 The internet is booming with a new word whose proponents demand it to be added to the dictionary; meninism. This male-charged phenomena attempts to “flip” the sexes and allow men to complain about “oppression” and “discrimination” brought on by fascist sadistic women in everyday life. Fortunately for the sane world, much of social media activists are downright furious with this so-called movement. It is yet another foolproof evidence that women can’t request equality without having white men try to make everything about themselves.

Let me just begin by explaining what feminism really is. Feminism is the belief men and women should be treated equally in all aspects of the law, including but not limited to employment opportunities, payroll, political prospects, religious opportunities and social standards. And BECAUSE women have been oppressed for thousands of centuries, feminism aims to promote women’s statuses to MEET that of men’s. Oh and the title of feminism doesn’t correlate with misandry; if feminists don’t like anyone their dislike is certainly not discriminatory to just men. 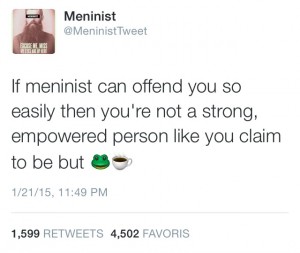 Hmm, maybe if I wasn’t a person who has to grapple for her right to retain her identity and fights against oppression and abuse on behalf of millions of female victims whose lives become dismantled day-by-day as a result of misogynist male-induced actions in a society where high school kids who decided to boost a “movement” because they didn’t get laid over the summer are given the privilege of being acknowledged, I wouldn’t be so offended. 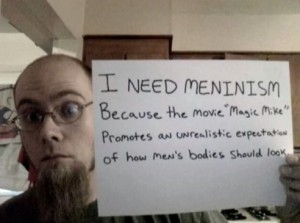 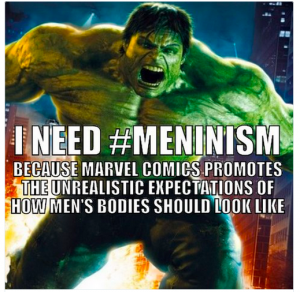 The reason why principles as misandry and white male oppression espoused by meninists don’t exist is basically that women had to fight to obtain the right to vote, the right for an education, the right to run in political positions, the right to receive equal wage, and the right to have full authority over their bodies. When looking at consequential issues endured by male societies, such as rape, double standards, sexualisation, homophobia, transphobia, the enforcement of macho and alpha-male personalities , it’s quite obvious that a movement such as feminism that’s anti-rape, anti-double standards, anti-sexualisation of ANY of the genders, anti-homophobia, transphobia, and certainly anti the enforcement of any personality type that preaches masculinity through violence, barbarism and lack of empathy is undoubtedly the way these occurrences can be abolished. 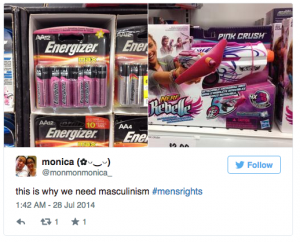 Meninism takes the hard work and the seriousness of feminism and makes it into a big joke.

So there you have it, meninists profoundly care about eliminating the friendzone, selling off their sexism as chivalry, eradicating sexualizing movie roles and video game characters (but only of males!), enforcing blue batteries, and stopping these evil, evil feminazis from destroying our peaceful patriarchic world!!